By Abdulmj (self media writer) | 11 months ago 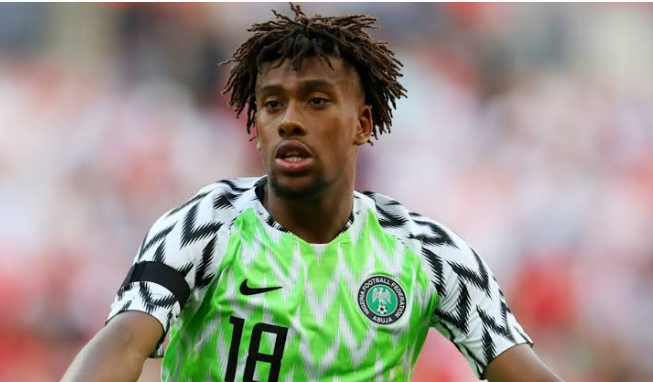 Alex Iwobi's father, Chuka Iwobi, has revealed that he had a face-to-face discussion with the young Hale End Academy player before committing his future to the Nigerian national team.

Prior to his invitation to the Nigeria U23 training camp in 2015, the former Arsenal striker was an international player for England, where he grew up, playing for the Young Lions at the U16, U17 and U18 levels.

Iwobi comes from a footballing family, along with his two uncles - Emmanuel and Austin Okocha - who represented Nigeria at the Africa Cup of Nations before hanging their shoes, while his father played at home for NITEL Vasco Da Gama.

Iwobi's father said he was happy to see his son playing for Nigeria, his country of origin.

In an interview with Baller Talk's James Alabi on YouTube, Chuka Iwobi said: "For me, he is a great choice for Nigeria.

I played football when I was younger, obviously I didn't reach that level he fought for.

"I have played in domestic competitions in Nigeria, I have never played for the Super Eagles.

"For me it was a dream come true and obviously we had to follow a plan, the kind of talk Alex had about whether it was something he would like."

Iwobi is one of Nigeria's most outstanding players for his role in the English Premier League and Super Eagles.

His father revealed that Iwobi's biggest achievement in the country's history was scoring the Super Eagles to the 2018 World Cup in Russia.

"I use the word every time I look at Alex to this level as if my dream has come true, I understand where he came from Arsenal and then to Everton.

Chuka Iwobi added; "Every time I see him playing at Goodison Park, Emirates or wherever I find myself I wonder if this is really my son?" The most important thing is the goal that took Nigeria to Russia, ”.

At 25, Iwobi has three games to reach the half-century of the Super Eagles, less than six years after his first match against the Democratic Republic of Congo.