By NwannekaEsi (self media writer) | 1 year ago 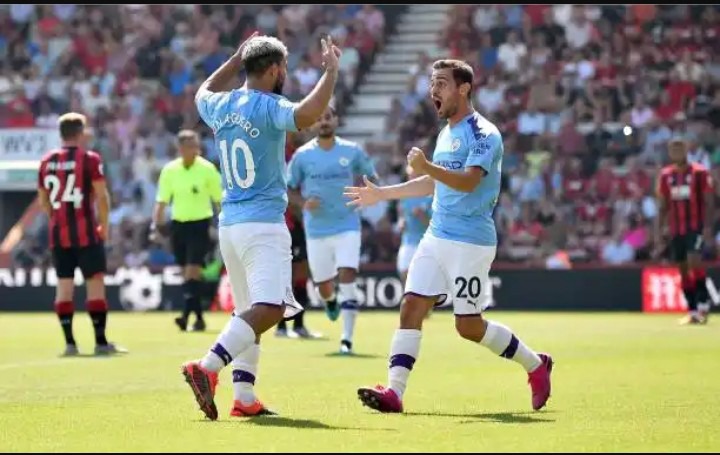 Manchester City cast their hopes on winning the FA Cup after Liverpool have won the premier league title. They prepare to travel to Wembley Stadium on Saturday for their Semifinals match with Mikel Arteta's Arsenal. Manchester City have been on a fine foal-scoring spree. They will do their best to beat Arsenal in order to qualify for the finals at Wembley. I expect Guardiola to use his best formation and players for the game. Below is Man City possible starting eleven for the Saturday match: 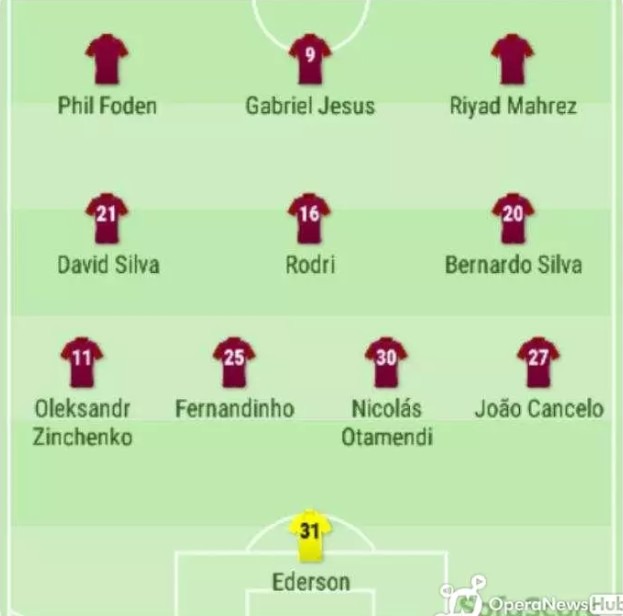 Ederson has been in a good shape as he is eyeing the Premier League Golden Glove. He did his best to keep scores at 2-1 in favour of Manchester City in their game against Bournemouth on July 15. 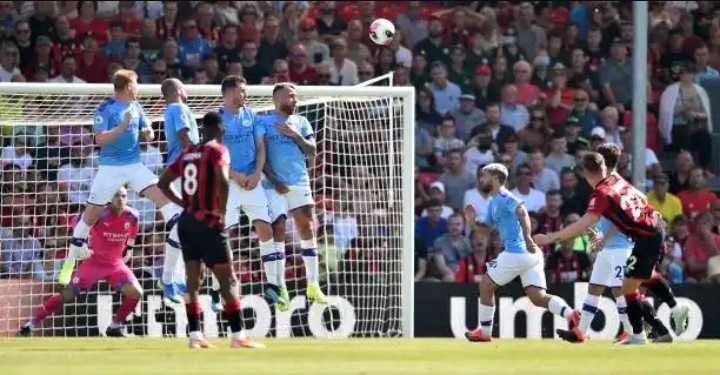 Fernandinho has gradually adapted to playing in the center back position, against his regular defensive midfield role. He has been piloting affairs at the heart of the defense with Nicholas Otamendi for a long time. He will definitely partner Otamendi in the game.

Nicholas Otamendi has improved his game. He has been impressive in their last three matches, as he and Fernandinho made sure that Man City conceded just one goal. Manchester City scored twelve times in the process. 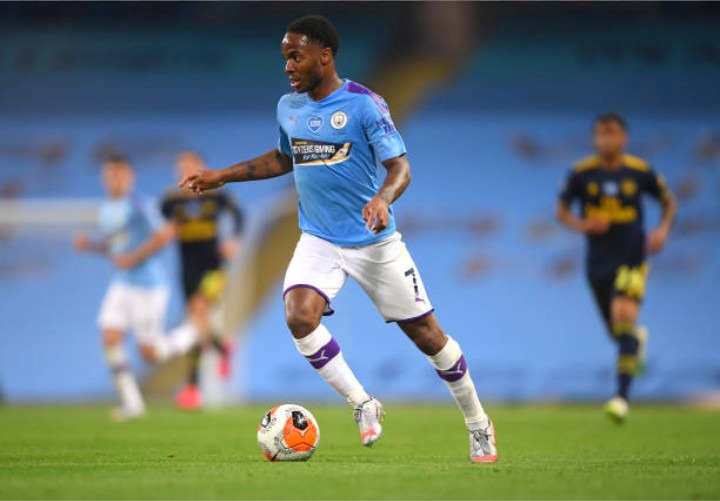 Joao Cancelo could complete the backline quartet. He will play play at his usual right back position. He needs to be at his best in order to mange the possible attacking threats of Pierre Emerick Aubameyang, as he could play on the left wing of the Wembley pitch.

Defensive midfield maestro, Rodri, has been excellent since the resumption of football activities in England. He will likely play in similar role against Arsenal. David Silva and Bernardo Silva will play at left and right midfield respectively. David Silva's experience will boost City's preferences in the middle of the park. Bernardo is a threat to Arsenal defense because he cuts into the opposition box.

Pep Guardiola may keep Sterling on the bench, with the plan of unleashing him against Arsenal in the second half. This means that Riyad Mahrez could start as one of the attacking trio. Phil Foden and Gabriel Jesus will likely partner Mahrez in the Manchester City attacking line-up. 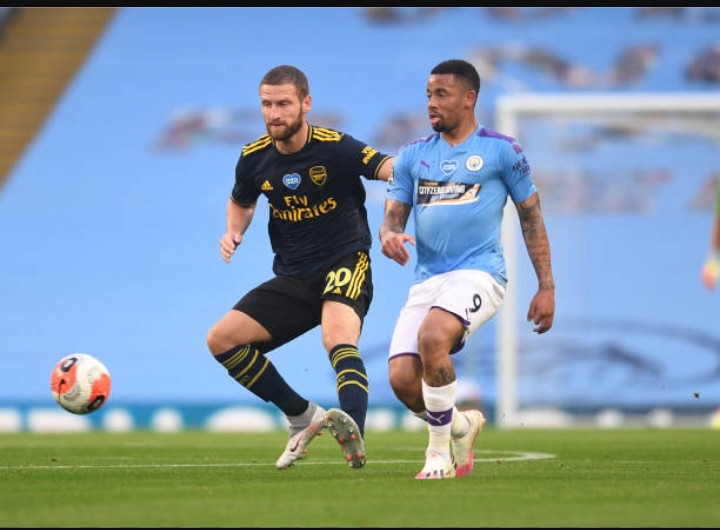 I don't expect the match to be walk-over for Manchester City because Arsenal recorded needed 2-1 win over Liverpool in the premier league on Wednesday night. However, I predict Man City to win.

Who do you think will win the match? Say your opinion on the comment box.