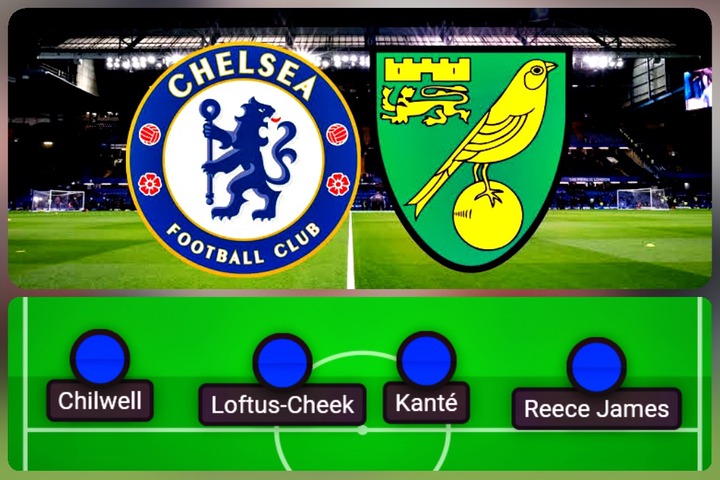 In the early kick-off of Saturday's Premier League action, Chelsea and Norwich City will go head-to-head.

The two teams are separated by 17 points and lie at the top and bottom of the standings, respectively, so Thomas Tuchel's men will be overwhelming favourites, especially after their midweek thrashing of Malmo.

When Norwich City visits Chelsea on Saturday, the Blues will be missing both Romelu Lukaku and Timo Werner.

Both players were injured against Malmo last time out, leaving Thomas Tuchel with a slew of issues to work out in his starting line-up.

Mendy (GK): Mendy had a quiet night against Malmo, and the same might be expected here.

Christensen (CB): Christensen will be overjoyed after scoring his first Chelsea goal, and deservedly so.

Azpilicueta (CB): Azpilicueta has recently impressed at right-back, but he should be able to return to his natural position of centre-back.

Rudiger (CB): Although he probably shouldn't have started against Malmo, he came out uninjured and appears to have recovered from his back issue.

Reece James (RWB): James has recovered from an ankle ailment and is eager to return to the starting line-up.

Ben Chilwell (LWB): Last time out, Chilwell put in another strong performance, and he appears to have wrested the spot from Marcos Alonso.

Loftus-Cheek (CM): Loftus-Cheek has been outstanding in recent weeks and deserves to start.

Mason Mount (RW): Mount's intensity on both sides of the ball was evident against Malmo, and Tuchel should not be reluctant to remain with him here.

Hudson-Odoi (LW): With Werner out, Hudson-Odoi may be able to take his place on the left wing, where he hopes to make an impact.

Kai Havertz (CF): Chelsea will go back to false-nine now that Lukaku and Werner are both absent. 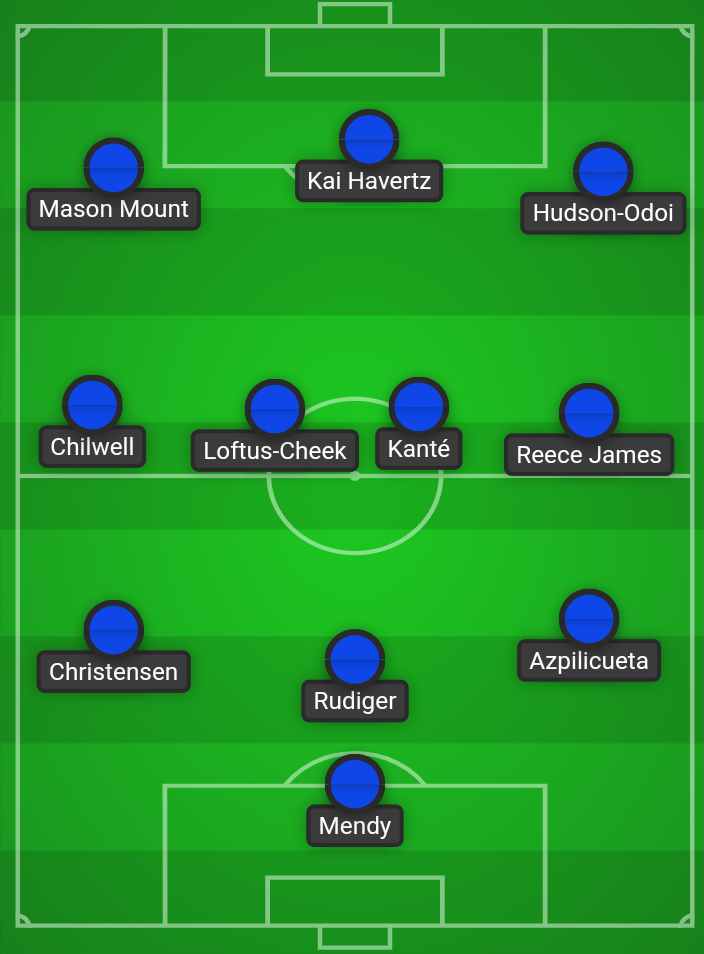