Three Players Who Could Have Made Top-Three In This Year's Ballon D'Or, If It Had Not Been Cancelled

By Baba_tunde (self media writer) | 2 years ago 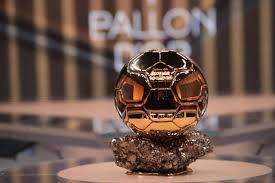 The Ballon d'Or is a meritorious award given to the best performing player in a particular season. The Ballon d'Or came to existence in 1956, established by France Football redaction -- which own by the Group 'L'Équipe'. Since its inception, the award has continuous be given to worthy players year after year. Although, the world was focused on the men category until 2018, when they started awarding best performing female footballers. The last edition of the award was for the 2018/19 football season, where the best male and female footballers were given Lionel Messi and Megan Rapinoe. That was the sixth time the Barcelona talisman, Messi, was awarded the honour.

In this current season (2019/20), many players expect to see themselves named among the best three players in this year's Ballon d'Or. But that's not going to happen anymore, as the France Football redaction announced today that there won't a Ballon d'Or winner this year. However, the reason for the cancellation is credited to the effect of the Coronavirus (COVID-19).

When the COVID-19 pandemic began to intensely ravage the peace of the world, the world of sport took a break, a long break. For about 3 months or so, for safety precautions, every football league in the world was halted. And when the situation was perceived manageable -- and under control -- some leagues returned back to action and for some others, their leagues was forestalled -- the season was closed.

The break these various leagues went for, played a major role in the decision of the France Football to cancel this year's Ballon d'Or. In the official statement released by the body today, the editor-in-chief of France Football, Pascal Ferré, said:

''For the first time since 1956, the Ballon d’Or will take a break. There will be no edition in 2020, because it turns out, after thoughtful consideration, that all the conditions are not met. We believe that such a singular year cannot -- and should not -- be treated as an ordinary one.''

From his statement, it can be said that the major reason for the cancellation is that the conditions to select the Ballon d'Or winners are not met. And the reason this (why they are not met) is due to the impact of the COVID-19 pandemic on the football world.

The conditions to determine who the winner of this year's Ballon d'Or might not have been met, but there are players whose performances have been jaw-dropping this season. And the award canceled this year, their performances won't really get the attentions and rewards they deserve.

However, in my own capacity, and in my opinion, I will like to identify five of these players whose performances have been very, very wonderful this season. 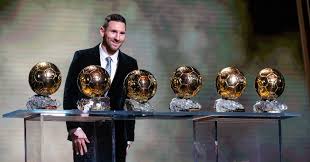 The current Ballon d'Or holder, Lionel Messi, has been tremendous this season. He shows his class in every game he featured in for his club, Barcelona, this season. And more often not this season, he either makes a record or break a record. His performance on the pitch was that terrific.

Despite not being the club's main strike, Messi scored a whooping 25 goals in the LaLiga, and 32 goals in all competitions this season. In his exceptionality, aside from being a good scorer, Messi also made his assist proficiency obvious. Breaking the record of the most assist a season, Messi assisted 21 goals for his team in the LaLiga; so far, he has 26 assists in all competitions. And in all European top five (5) leagues, only Robert Lewandowski (34) has more goals than Messi (25). Class!

With this jaw-dropping figures, if the Ballon d'Or is to hold this season, Lionel Messi could have taken the award home for the 7th time. 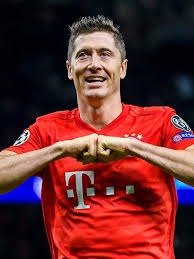 Looking for one of the best finishers (scorers) in football, the man who plies his trade in Germany is a good pick. He has established himself to be a talisman for the Bayern Munich team as well as his countryside, Poland. Season after season, since he joined Bayern Munich, he always makes his mark known in the Bundesliga.

The season, Lewandowski is at it again! He cannot just stop scoring. With his scoring proficiency, Lewandowski won the Bundesliga highest goal scorer this season with 34 goals. Currently, he's the highest goal scorer in the UEFA Champions league -- which is yet to be concluded -- with scoring 11 goals. And in all competitions, he has scored 52 goals, and he has 6 assists to his name.

Winning this season's Bundesliga title for his team, he has taken his name into the the caucus of the best players in the Europe top five (5) leagues. Also, if he could eventually help Bayern Munich to clinch the Champions league title, he would be the most likely player to take the Ballon d'Or home. Scintillating! 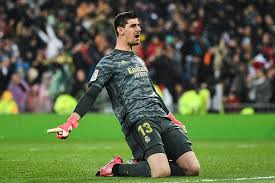 As a stumbling block in the middle of the goal, Courtois took home the LaLiga's golden glove this season. He achieved this feat by keeping 18 clean sheets from 34 games. This landmark has also made him the keeper with the highest clean sheets in all top 5 European leagues. In all competitions, he has about 21 clean sheets. Terrific!

These three players have been identified as the most likely players to emerge as the best three for the Ballon d'Or this season, if the award had not been cancelled. They were not just selected but with due consideration on the roles they played and their accomplishments in their various teams, domestic leagues, and across the top European leagues. And you will have to agree with me that their performances -- which caused their selection -- have been statistically justified. The numbers -- the facts -- speak volume of how they have exceptionally performed this season. And facts they say, terminates arguments.

The three players mentioned in the article are product of my opinion. However, just like me, I expect you to have your opinion, too.

In your own opinion, which three players do you think would have made it to the top three for the Ballon d'Or -- if it had not been cancelled -- this season? You can drop your opinions in the comment session.