By Femfirst (self media writer) | 10 months ago

Often times we've seen weird and funny goal celebrations from different footballers, and the game between West Ham United against Leicester City on Monday night wasn't an exception, as Michail Antonio scored the 3rd and the last goal at the London stadium. 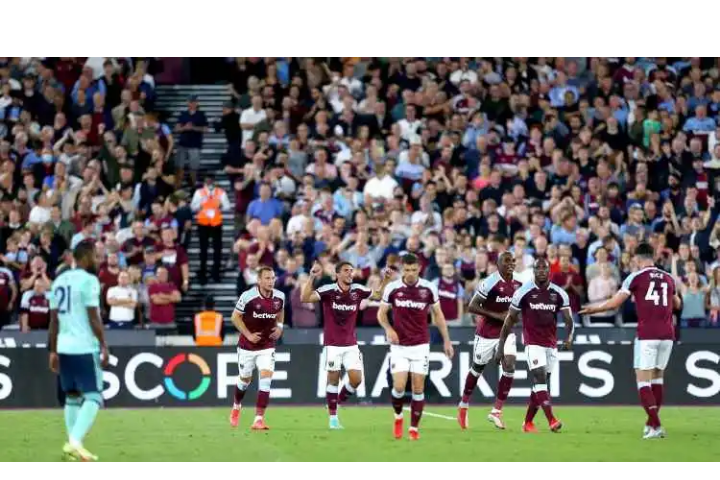 The hammers who made it two wins from two premier league games so far this season after a comfortable 4-0, see them go top of the table, but English forward Michali surprised many when he scored the fourth goal as he became West Ham's all time Premier league top scorer. 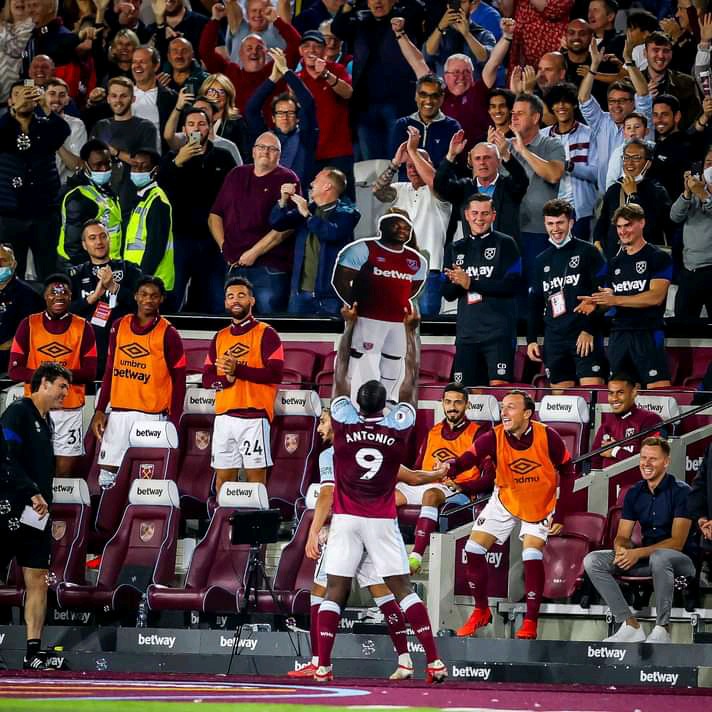 The 31 years old celebrated his fourth goal by lifting a cardboard cut-out of himself at the side of the pitch. Meanwhile Pablo Fornals and Said Benrahma had earlier opened the scoring for the hammers. 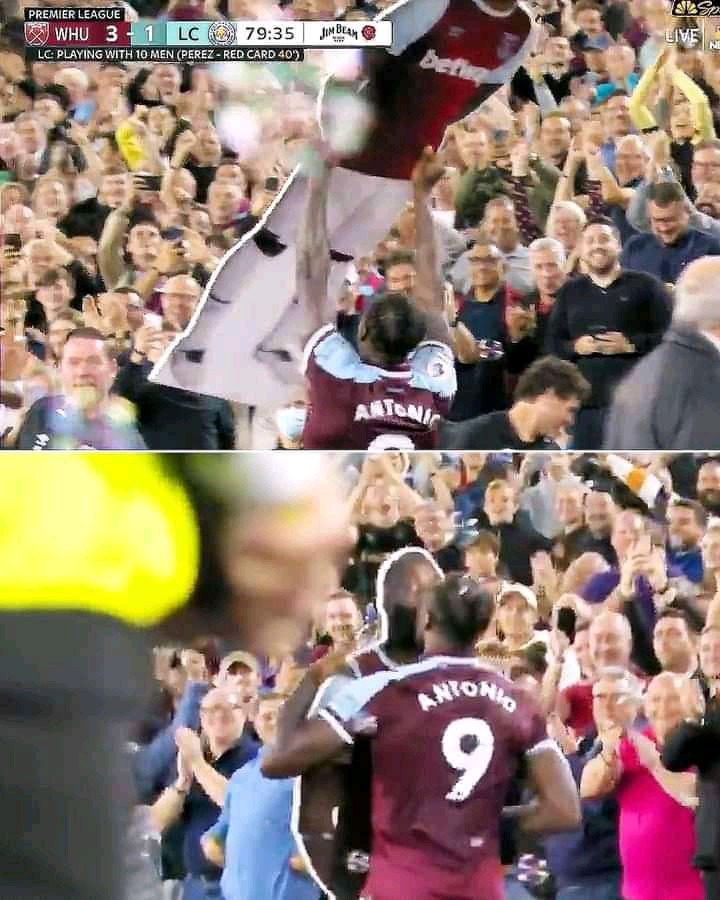 This celebration caused some reactions between the football fans, below are some of the reactions. 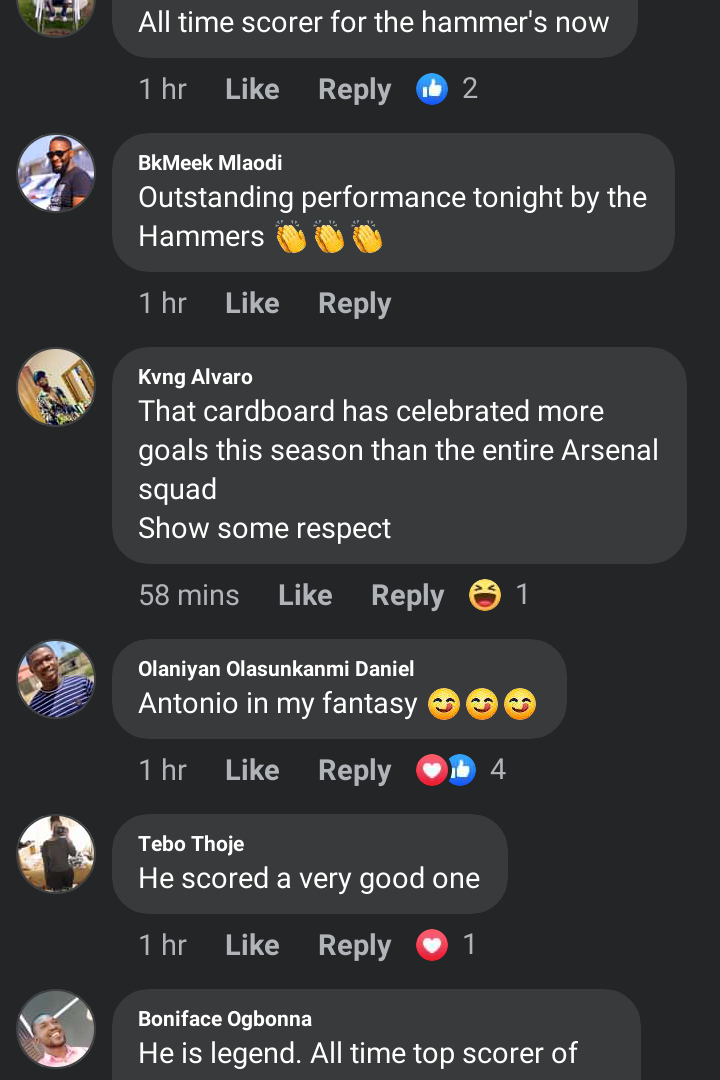 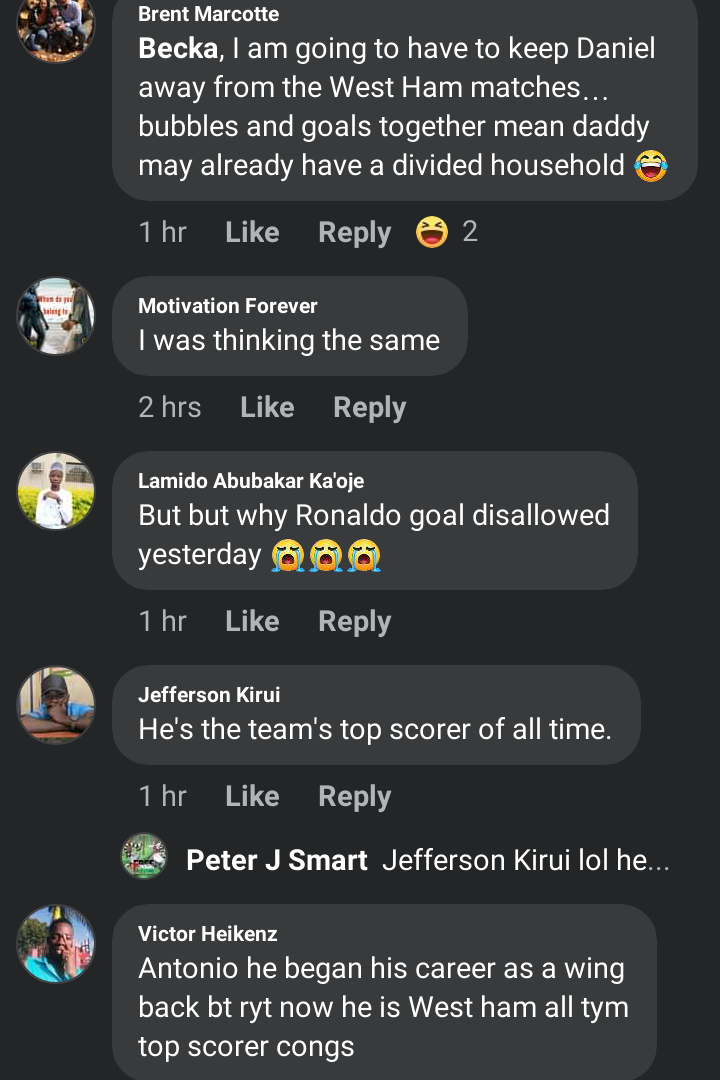 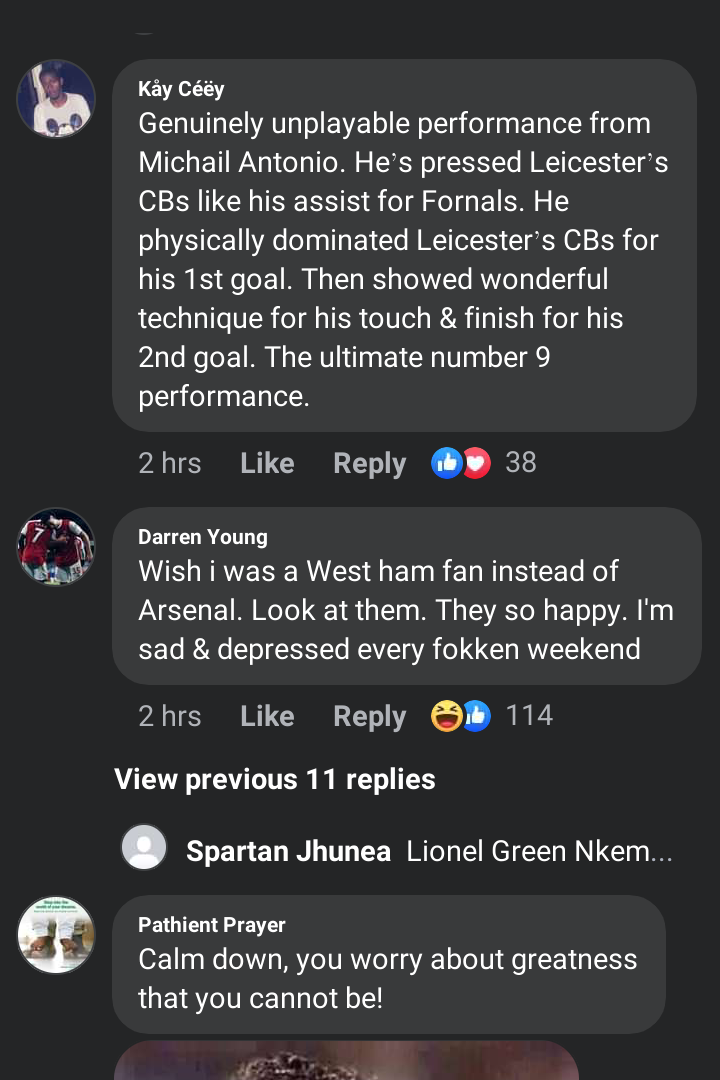 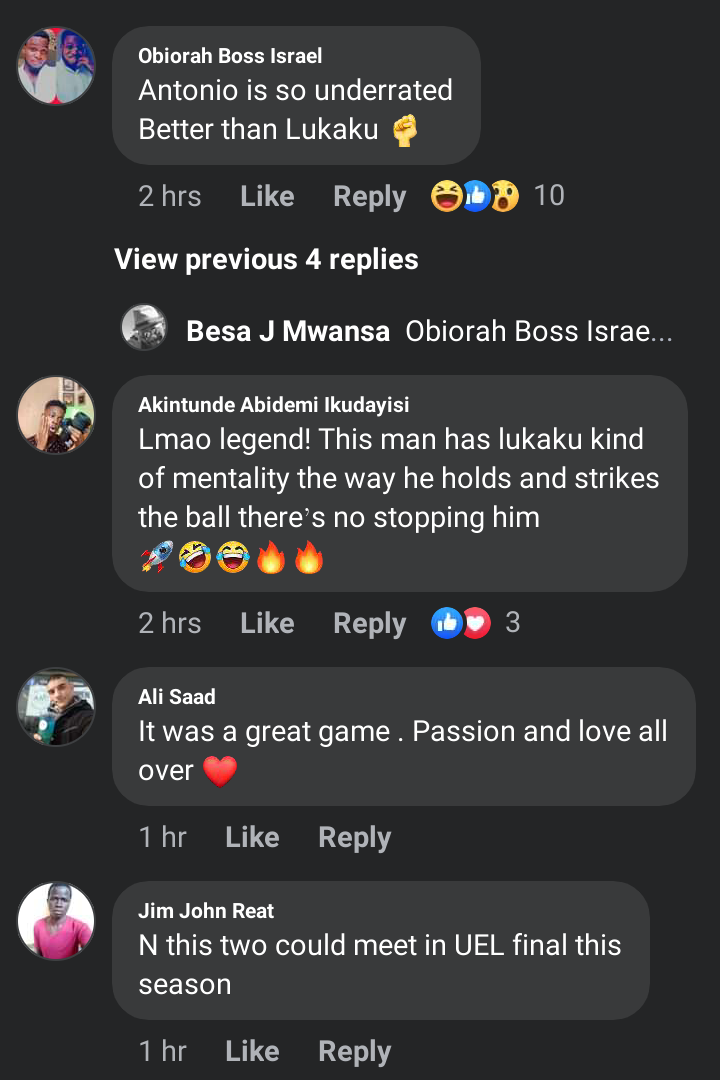 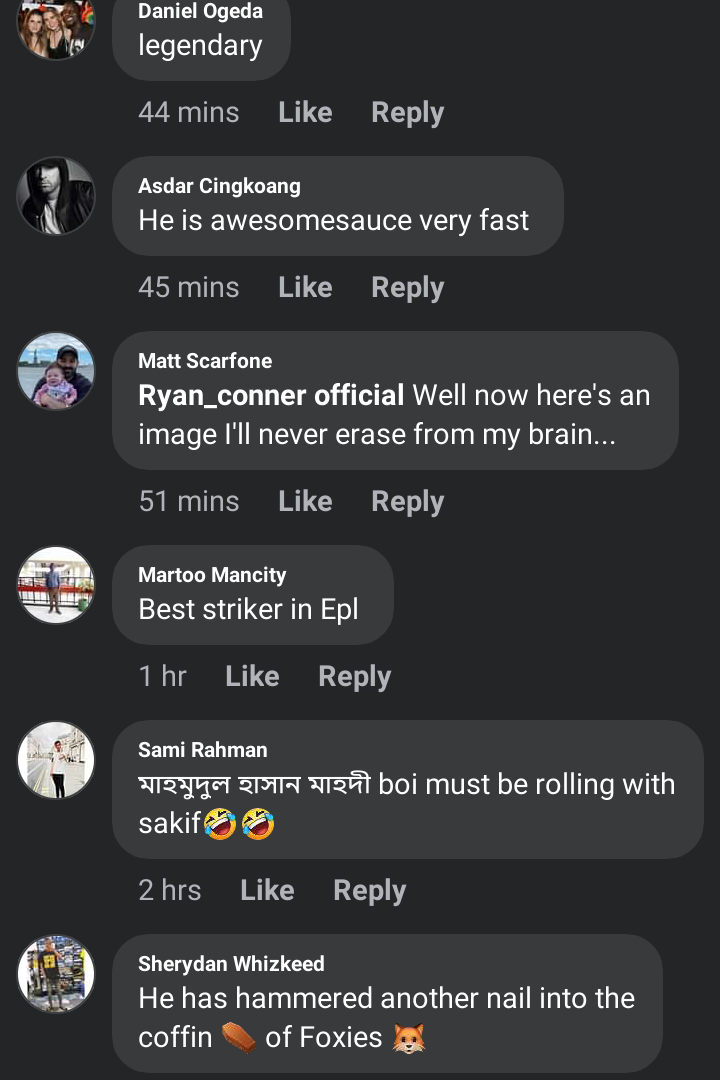 West Ham United lead the English Premier league table with 6 points after the round of 2nd matches. They later okay Crystal palace this weekend.