8 Quick reminders on why Arsenal should hire Mikael Arteta

By Ourfoodie (self media writer) | 2 years ago

It is being speculated as at the time I am writing this that the Arsenal football club board favours Mikael Arteta to be the next arsenal coach, here are why I think it is a fantastic choice: 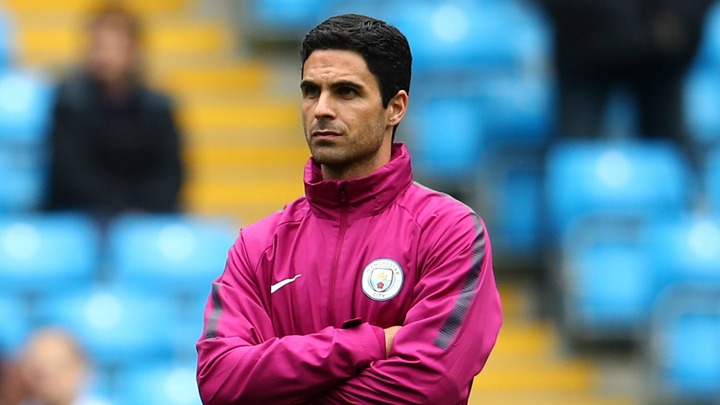 Incredible communicator: Not only can he speak English, he has mastered the dialect of Scotland, Merseyside, Manchester, and St Albans. He can also speak Spanish and French.

Leadership sauce: He's been captain of Everton and Arsenal. He took the armband with us when he was at the end of his career, but we finished in the CL spots and he won a trophy with us.

Passion for the craft: He quit playing early to get his coaching badges. He turned down Wenger and Poch to fast-track his mentorship with Pep Guardiola.

“The holding midfielder is an incredible lesson. You don’t need to go to [coaching] school, he was so clever in that.

“It’s important to analyse your players because you can’t always play the same way. There have to be different details and changes in how you approach things, and you have to look at how you can hurt whoever you are playing against. Is there something they don’t like to do?"

“Then the most important thing for the manager is that, the Friday before the game, you imagine what’s going to happen on the Saturday.

“And if what happens on Saturday is not what I had planned, then it’s not been good enough from me.”

A plan before he even started in the game

Standards: We were told by Arsenal people that one issue he might have is that he holds people to very high standards, and could be brutal. Career was in decline then, but the notion he's meek is so far off the mark it's embarrassing. The opposite is true.

The Kids: Delph, Fernandinho and Sterling have all benefited hugely from Arteta's coaching. We have players like Martinelli, Saka, ESR, Holding and Saliba that could be the future, they need elite coaching. Don't waste their talent on bums. Give them the best chance.

Future Football: The game is not going the way of Nuno, Martinez, or Carlo. We need a moon-shot manager that can move the whole club forward. Proper coaching, winning culture, and a style of football that wows.

Future football is Arteta, a risk, yes, but worth it.

Tech Forward: Arteta will want to work with technology, sports scientists and the data people. Wenger went against these aspects of the game, Emery didn't understand how to action them. Arteta won't have these issues.

Low Expectations: It's the perfect time to hire in a young coach. The season is over, we can give him a 7 month preseason, and fan expectation is on the floor. He has a real chance to build out the club in his vision, and this summer could be used properly to reinforce it.

It's only an interview so far, it could still go to shit, but just remember, the Arsenal exec leadership team aren't meeting him because he has nice hair. He's clearly an incredible candidate.

Fingers crossed they go for him, I think he'd be a great move. What do you think?

Content created and supplied by: Ourfoodie (via Opera News )