Five Nigerian-born youngsters in England are facing varying shades of fortunes with three top clubs in the English Premier League, as Arsenal are set to promote a young attacker from their youth team to the main squad, while Chelsea are keeping three into next season but Everton have made plans to loan one out to a lower division side this summer. 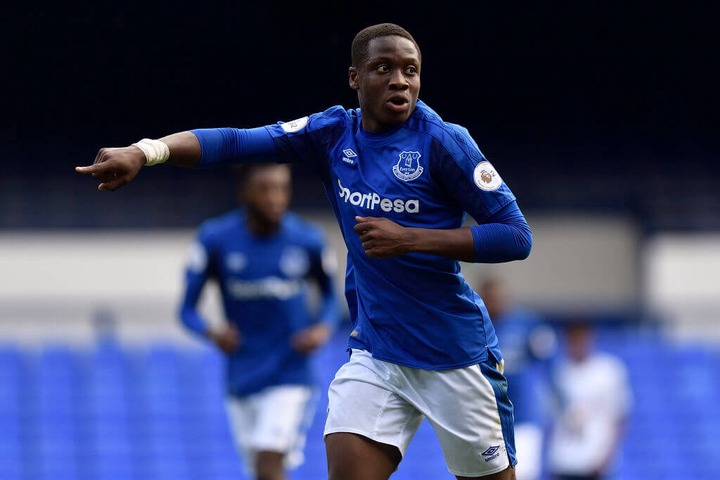 Details of the developments out of Queensland revealed that Everton are ready to loan out Dennis Adeniran, in order to accord him the chance of developing further with regular game opportunities in the English Championship, but two of their EPL rivals based in London have other plans in line for their array of Nigerian-born youngsters.

Such it is that Folarin Balogun is likely to get a lift into Arsenal’s main team before the end of this month, as he is already knocking on the fringes of the senior squad and training with them intermittently, which could see him step into the vacuum created by Eddie Nketiah’s red card. However, while Balogun could be stepping up into senior team action with The Gunners within the next couple of days before the end of this season in the EPL, it is a slightly different story at their fellow-London-based rivals, Chelsea, who are not thinking of promoting Nigerian-born players from their youth team, but The Blues have opted to keep them for further development.

The story out of Stamford Bridge has it on authority that while Everton have finalized plans to offload Adeniran, Chelsea have decided to retain Prince Adegoke, Derrick Abu and Kelechi Chibueze; thereby raising hope for their continued progress into The Blues’ main squad. This is sequel to confirmation that Adegoke, Abu and Chibueze have all signed new scholarship deals with The Blues, as they continue making progress with the London-based club, for whose under-18 team they frequently made the bench while still schoolboys, and were part of the squad that won the Premier League U16 International Tournament last year.

Chelsea confirmed their plans via an online video of all three Nigerian-born lads as part of their 2020-2021 academy scholars, with special declarations made by Adegoke and Chibueze, who are both goalkeepers, as well as Abu, a very mobile full-back; as the troika celebrated their new contracts at Stamford Bridge. 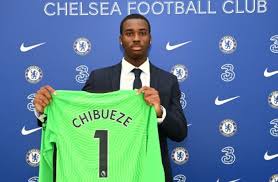 Chibueze concluded with enthusiastic plaudits: “I didn’t even think it was possible to get to this stage. To sign as a scholar, great club like Chelsea, is unbelievable. The hard work continues, the grind continues. I am not stopping now, I have come so far. There is no point stopping.” On the other hand, Adeniran will have to weigh his options in deciding his next port of call, following reports that a number of clubs have returned for his signature, after initially checking to get him on loan in the January transfer window, but Everton opted to keep him for the remainder of the season.

However, despite that remarkable show of trust in him back then, Liverpool Echo has reported that The Toffees are now ready to let him go, as they intend to loan him out to gain first team experience elsewhere but, considering that his current contract expires in June 2021, he could sign a new deal before heading out of Goodison Park. The opportunity of getting regular action elsewhere is timely for the 21-year-old Adeniran, who, since joining Everton from Fulham in the summer of 2017, has yet to make his first team debut for The Toffees, despite being an unused substitute against Leicester City in the League Cup last year December.

The youngster, who represented England at the 2016 European U17 Championship, while also flaunting caps for The Young Lions at under-18 and under-19 levels, is capable of playing central midfield, right wing and attacking midfield roles, but his progress has been largely stunted, in spite of having trained with Everton’s first team since the restart of this season last month. 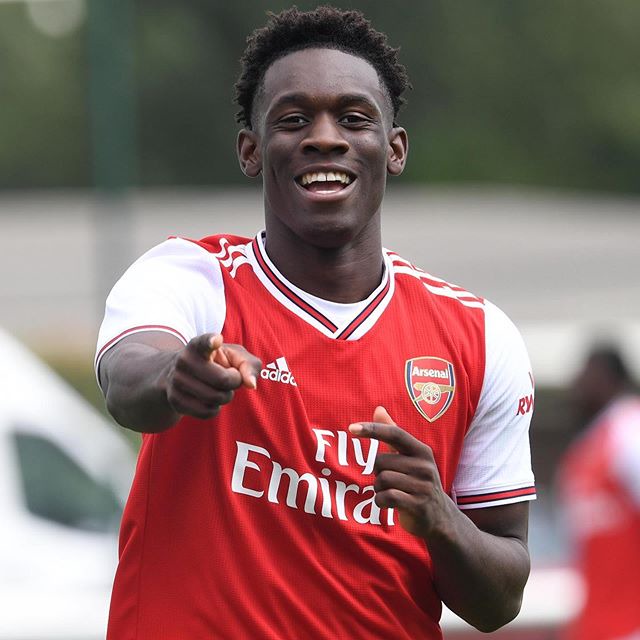 As for Balogun, permutations are rising high that he could get a lift into Arsenal’s main team any time soon; having gained strong tips of an accelerated elevation at the London club, due to the red card shown fellow-youngster, Eddie Nketiah in last week Tuesday’s 1-1 draw with Leicester City.

Nketiah has followed the footsteps of Bukayo Saka as the next youth team product to gained a spot in The Gunners’ main team, but his exuberance appeared to get the better of him early in Tuesday’s game at Emirates Stadium, and his exit accounted to a large extent why Arsenal could not mace the best off home advantage and win the top-four decider against their visitors.

However, with the Ghanaian-born attacker now bound to be suspended for the next couple of games, the way has been paved for Balogun to replace him in the mainframe and, with Arsenal known to hold a policy of giving youngsters opportunities to impress whenever it is possible, the Nigerian-born kid will now hope that his chance to make an impact has finally come. Jeorge Byrd added: “It is very possible that Arsenal could deal with this situation without even taking Balogun into consideration. They do, of course, already have Pierre-Emerick Aubameyang and Alexandre Lacazette to call upon, while Nicolas Pepe has played 22 games as a centre forward during his career.

“Having some involvement with the first-team, even if he isn’t yet playing, may encourage Balogun to remain at the club. Balogun will hope that this situation enables him to receive his second first-team call-up and potentially make his debut, but the reality probably isn’t quite as straightforward as that.”