The biggest fixture of match day 36 will see Liverpool face off against Arsenal at the Emirates stadium.

Liverpool, though confirmed as the league Champions seek to break Manchester City 100 points record in a single top flight season. The Gunners on the other, need all three points to push for European qualification.

The first half ended 2-1 in Arsenal's favour, and the Gunners held on to secure the win by the same scoreline, to claim all three points.

Here are 11 things we saw during this thrilling encounter:

1. Arsenal give Liverpool the guard of honour: 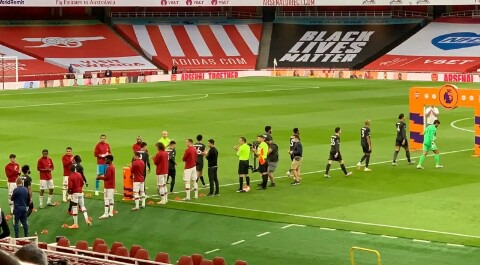 Since Liverpool won the Premier League, every time they have faced have given the Reds the traditional guard of honour.

Arsenal also did the same on the night.

Arsenal super striker, Aubameyang was surprisingly benched for their clash against Liverpool. 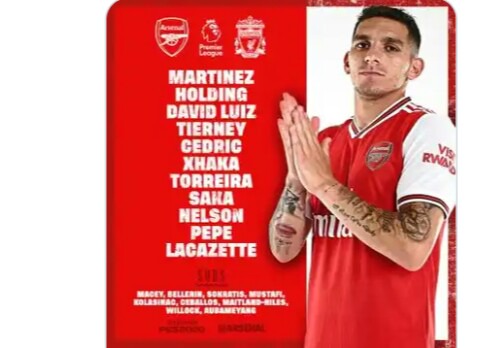 Liverpool however, named a strong lineup, with the usual front three of Salah, Mane and Firmino. 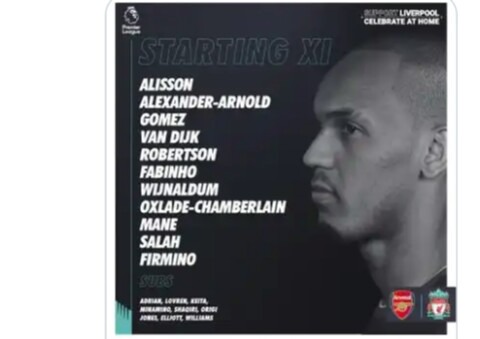 3. Tactical start for the Gunners 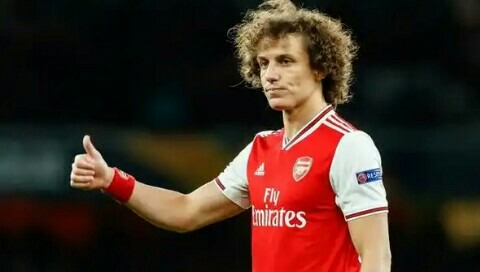 The Gunners started the fixture in a tactical fashion. They defend in a 5-3-2 formation when Liverpool have the ball, and attack in a 4-3-3 style, with David Luiz tasked with keeping his defense intact.

4. Liverpool are first to strike 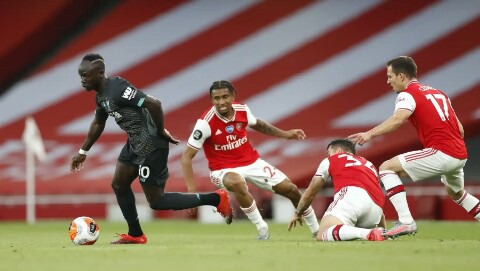 Liverpool got their lead through a beautiful team move. Firmino found Robertson on the left, and his cross found Mane in the box who gave Liverpool the lead.

5. Arsenal are level through Lacazette

A moment of madness from Van dijk gift Arsenal the equalizer. The Liverpool defender make a back pass to Alisson, only for Lacazette to receive the pass with all pleasure.

The Arsenal striker then took his time, rounded the goalkeeper and slotted hole to restore parity for Arsenal 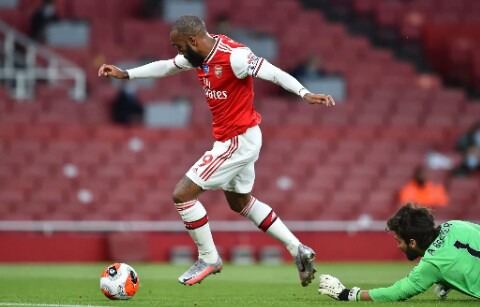 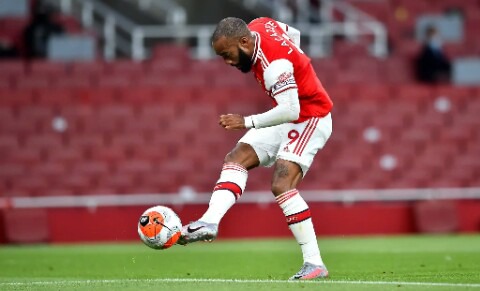 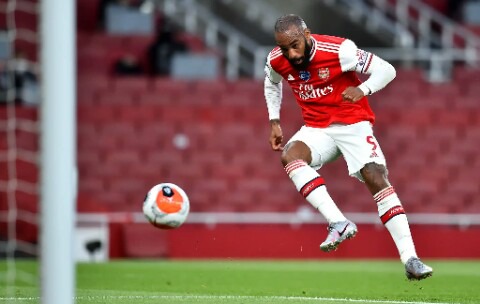 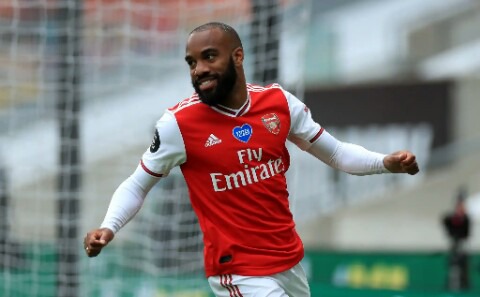 Another error from Liverpool gave Arsenal the lead heading into the half time break. Alisson poor pass was intercepted by Lacazette who then set up Nelson to apply the finish putting Arsenal 2-1 up. 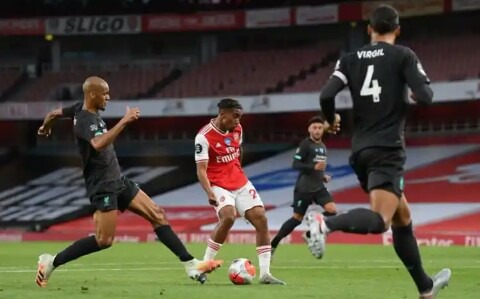 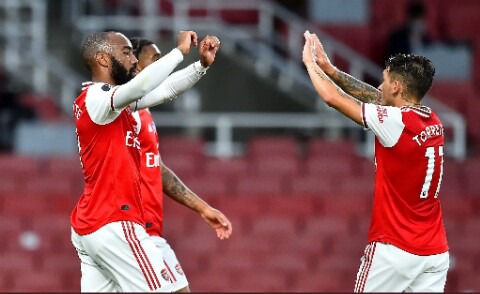 Liverpool's Alexander-Arnold should be lucky not to have seen a red card following his rather harsh tackle in the 48th minute. 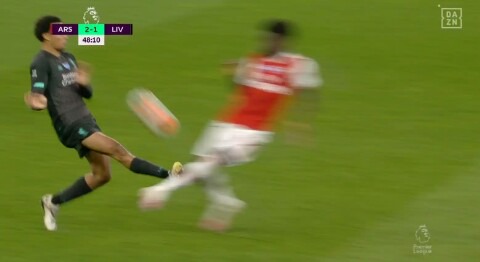 VAR have arguably been inconsistent in the Premier League this season.

Arnold's tackle was similar to Nketiah challenge which got the forward red carded. 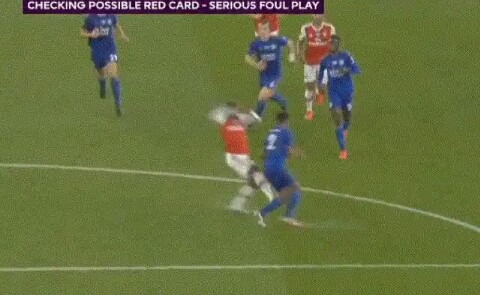 Question marks remain over the VAR.

However let's continue with the fixture we have in our hands.

8. Arsenal made like-for-like substitutions during the second half

Arteta brought on Aubameyang, Willock and Ceballos for Lacazette, Nelson and Torreira. 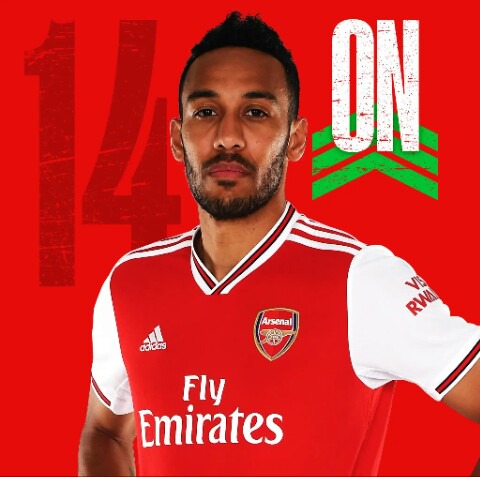 9. There is no link in Liverpool's play

Liverpool link up play in the first half and the second half restart, was questionable with big holes in the attacking midfield.

However the introduction of Minamino helped reduced such deficiency.

10. What was Minamino thinking? 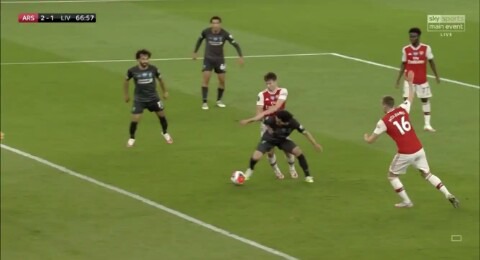 The Liverpool midfielder was under pressure from Tierney, and instead of going down, the diminutive midfielder stood on his feet to the surprise of many.

11. Liverpool with all the possession 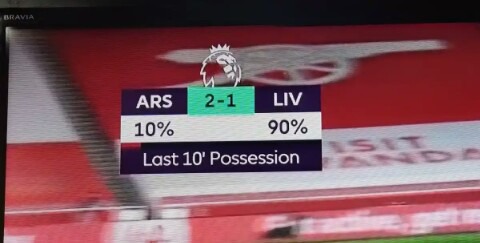 Liverpool had all the possession in this encounter, probing and pouring men forward to get an equaliser.

The ball possession count during the 65th minutes was (90-10)% in Liverpool's favour.

But Arsenal held on to win and take all three points.

What a match ! Arsenal defended resolutely in the end.

What's your take on this? What do you make of both teams performances?