PHOTOS: Emotional Moments From The Super Falcons After Loosing 5-4 Against Morocco Yesterday

By Grantenzy (self media writer) | 28 days ago

The Super Falcons of Nigeria lost their WAFCON match against Morocco yesterday as the match ended in a 5-4 win for the Morrocan Women yesterday.

The both teams played to their best performances yesterday, however, the Super Falcons were indeed unfortunate to have lost the match after an outstanding performance from them yesterday. 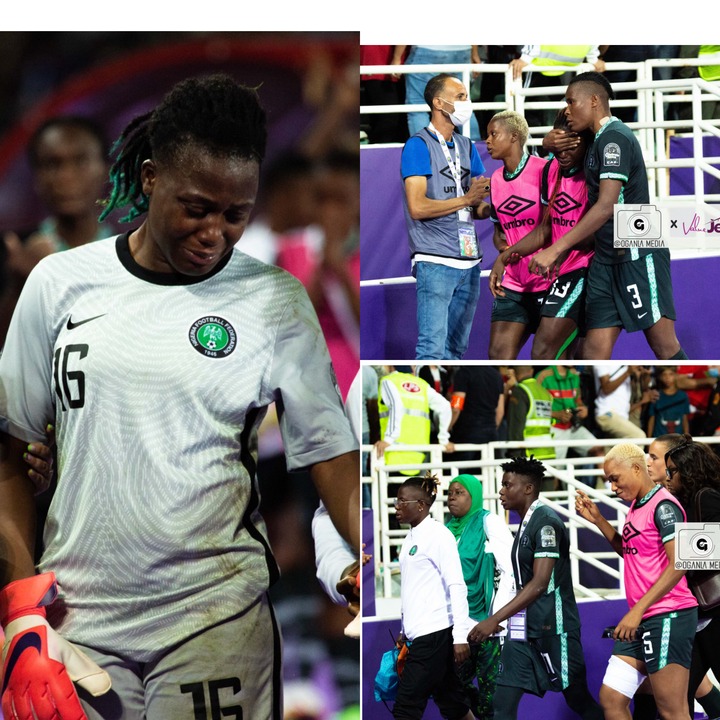 The Super Falcons Gave their best in the match yesterday, as they outplayed the Morrocan Women in the first half. However, their dominance didn't continue as they received two red cards in the second half, which effected their performance.

Despite netting the first goal through an own goal in the 63rd minutes of the second half, the Super Falcons failed to capitalize on their lead, as the Morrocan women equalized the scoreline 3 few minutes after.

However, the match ended in a penalty shootout as both teams failed to record another goal, afterwhich the Morrocan women won 5-4 on penalties.

Below are some pictures of the emotional moments from the Super Falcons after their defeat yesterday; 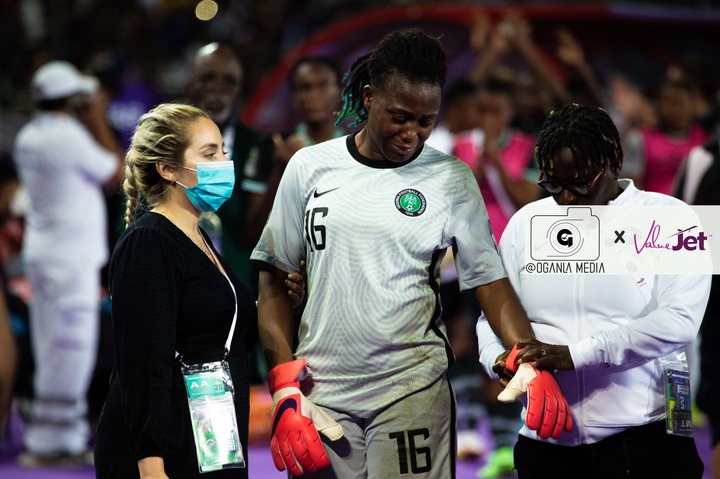 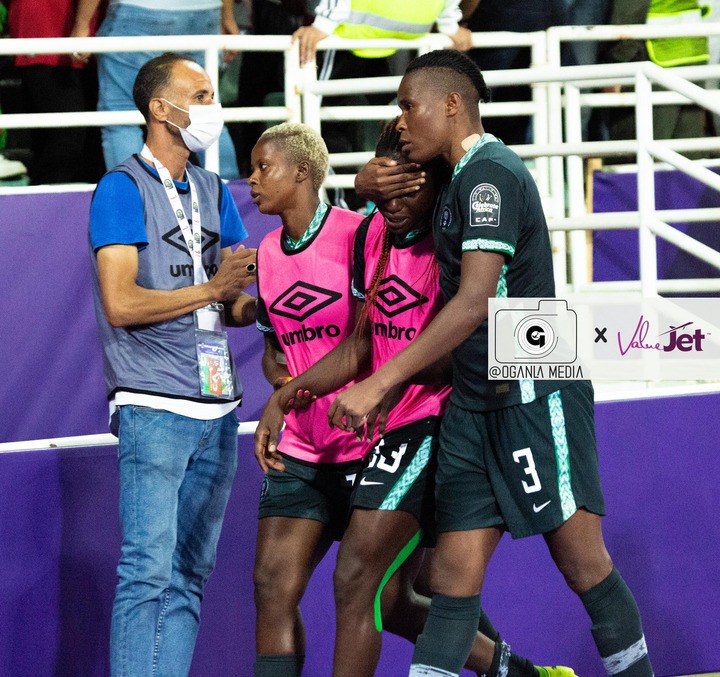 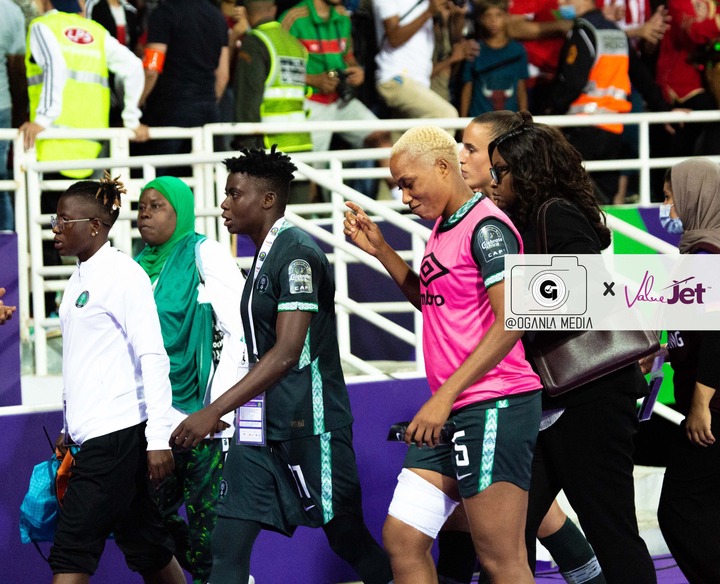