The English Premier League will resume later today, September 17, with the game week 5 fixtures. The action will however get underway later on Friday, where Newcastle United will host Leeds United in the first game of the weekend's fixtures.

Six games will be decided on Saturday, while Sunday will host the remaining three fixtures of the game week 5.

Check out the full fixtures below:

Newcastle United will play host to Leeds United at the St James's Park Stadium, in the only game of the day on Saturday night.

Wolverhampton Wanderers will lock horns with Brentford in the early kick-off game of the day on Saturday, at Molineux Stadium.

Burnley will confront Arsenal in the afternoon kick-off game of the day at the Turf Moor Stadium.

Liverpool will battle with Crystal Palace at the Anfield Stadium, in the afternoon kick-off game of the day.

Manchester City will host Southampton at the Etihad Stadium, in another afternoon kick-off game of the day.

Norwich City will lock horns with Watford in another evening kick-off a game of the day at Carrow Road Stadium.

Aston Villa will host Everton at the Villa Park Stadium, in the last game of the day on Saturday night.

Brighton & Hove Albion will Leicester City in the afternoon kick-off game of the day on Sunday, at the Amex Stadium. 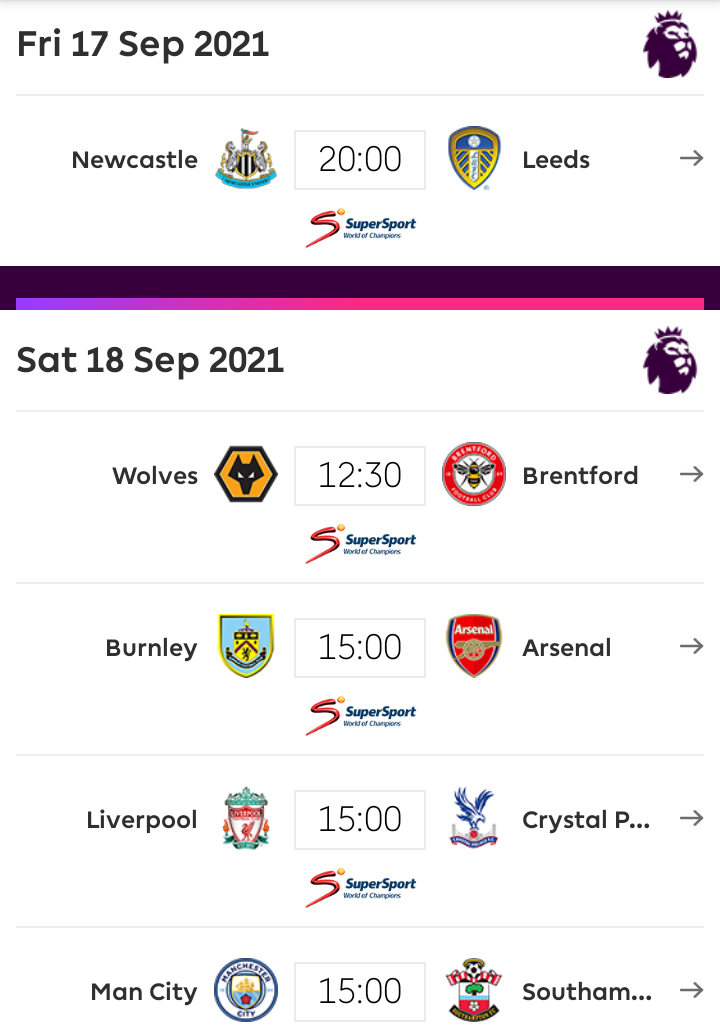 After the game week 4 fixtures were concluded, Manchester United, Chelsea, Liverpool, and Everton lead the English Premier League table with 10 points each, but Manchester United is ranked first on the log based on a superior goal difference.

Check out the full table below: 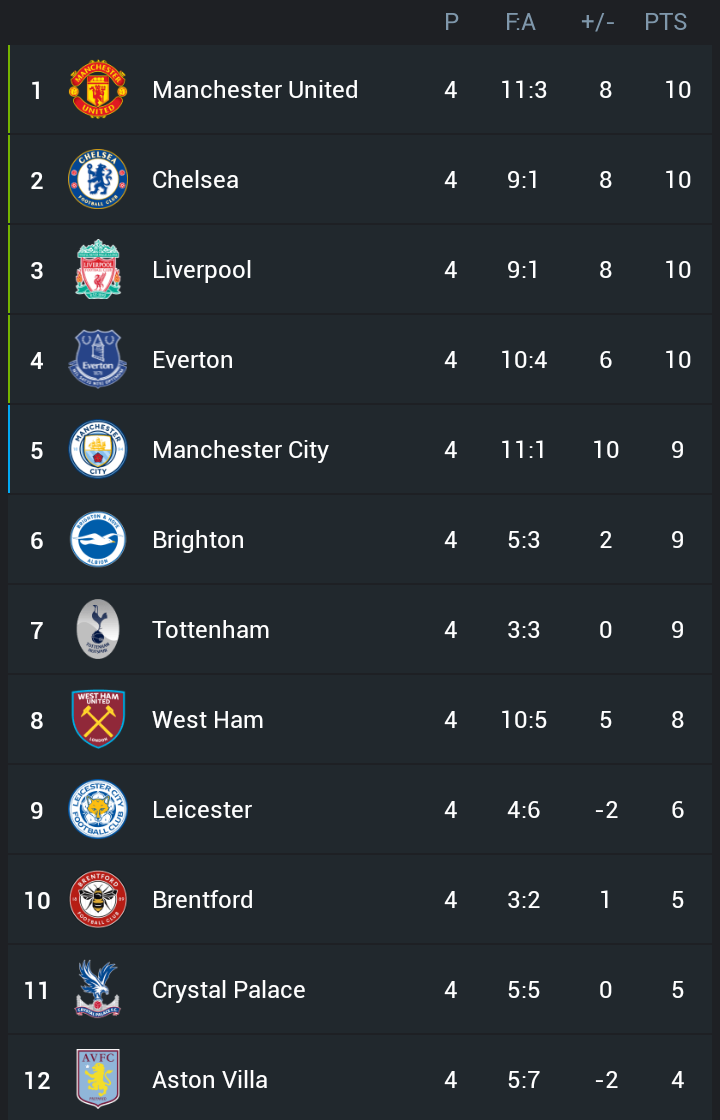 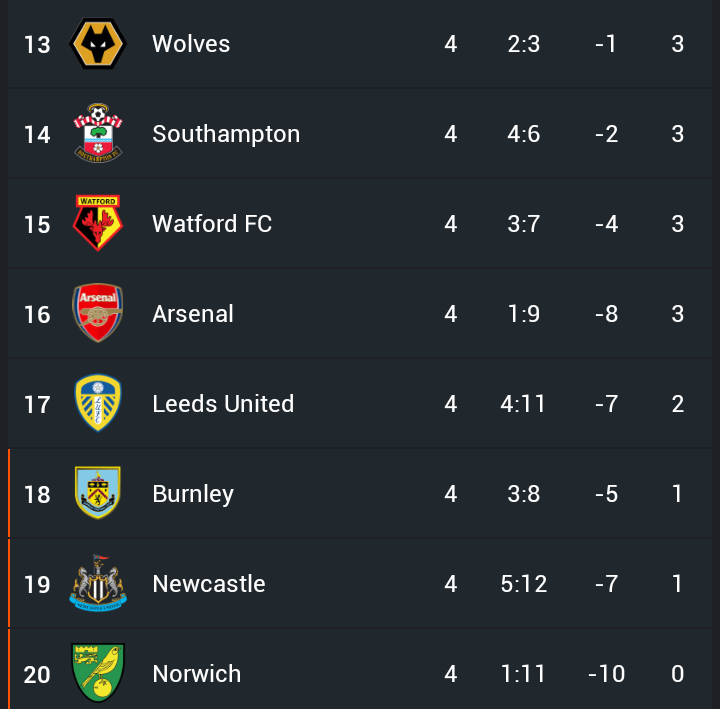 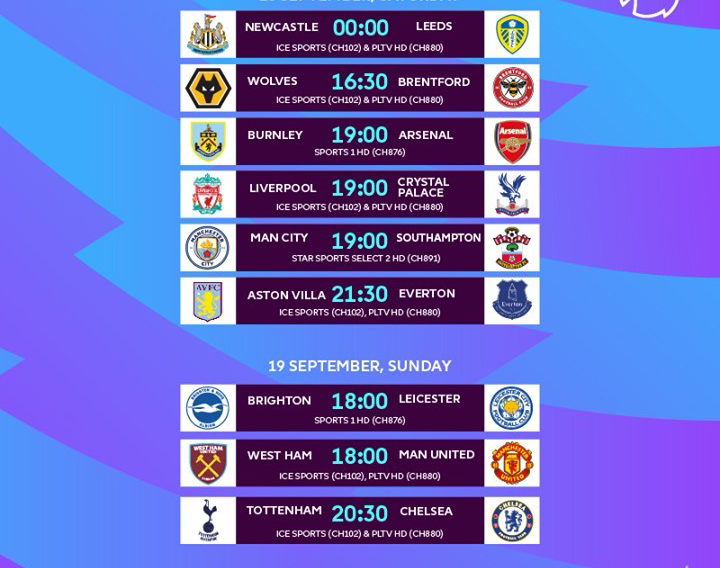 The game between Tottenham Hotspur and Chelsea will however headline the weekend's fixtures, as both sides will lock horns in London on Sunday evening. 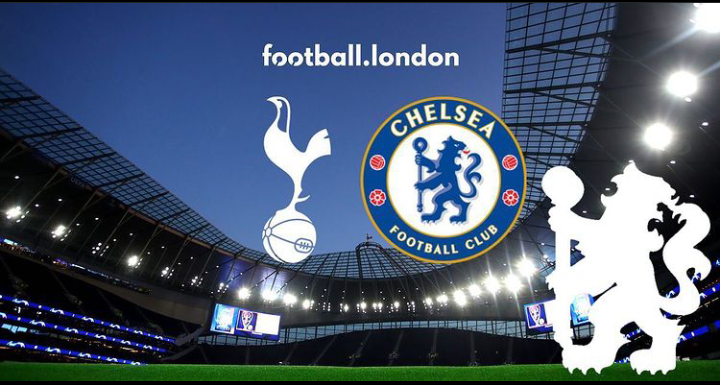 Who do you think will win the game?