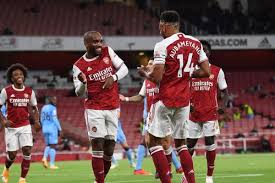 Former Arsenal player David Seaman has said that Arsenal fans are not happy due to lack of transfer activities in the club.

Arsenal will travel to Brentford today to play their first Premier league match for this season. There are fairs that Arsenal may struggle this season due to lack of quality players.

Arsenal have bought Ben White, Tavares, and Lokonga this summer, but according to David Seaman, these players are not enough to take Arsenal to where they belong.

Seaman said that Arsenal need quality players because the league is becoming tougher every season. According to him, Arsenal fans are not happy the way things are moving in the club. Seaman urged Arsenal to appease ‘frustrated’ supporters with a ‘big surprise signing’ .

‘You go on Twitter and look at the comments about Arsenal and all the fans are frustrated at the lack of signings. Lots of people supposedly coming but nothing ever happens

Seaman also believes that Mikel Arteta may be sack if he doesn't start the season well. He said Arsenal fans will not be shy to express their anger if Arteta fails to improve this season.

‘If it’s not a good start, I think things will change really quickly because the fans will let them know and they’re not happy,’ the legendary ex-Arsenal and England goalkeeper said on his Seaman Says podcast