By Jerylno (self media writer) | 1 year ago

Ex Super Eagles captain, Austin Jay Jay Okocha has been sent congratulatory messages by the football world as he attains 47. 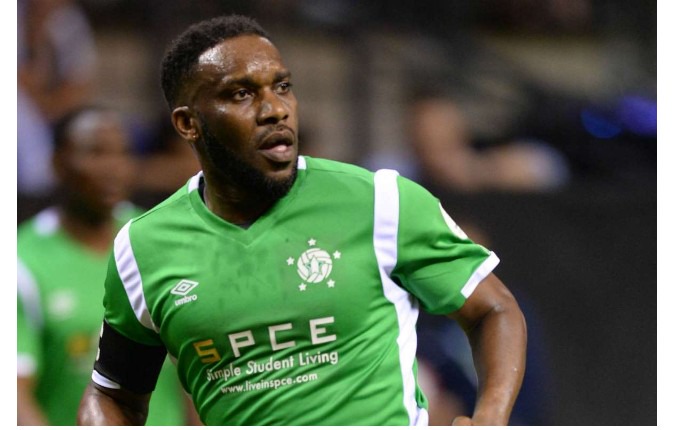 The midfielder is viewed as perhaps the best player from Africa, winning the Nigeria Player of the Year Award multiple times and twice scooped the BBC Africa Best Player Prize.

The football governing bodies and his former clubs, where he delighted in incredible achievements, have congratulated him on his birthday. 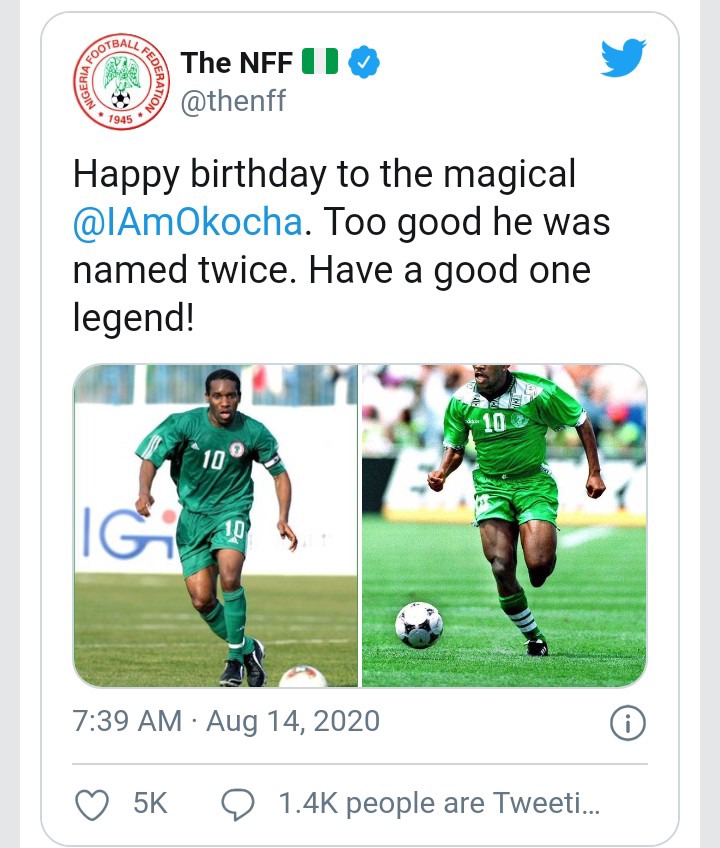 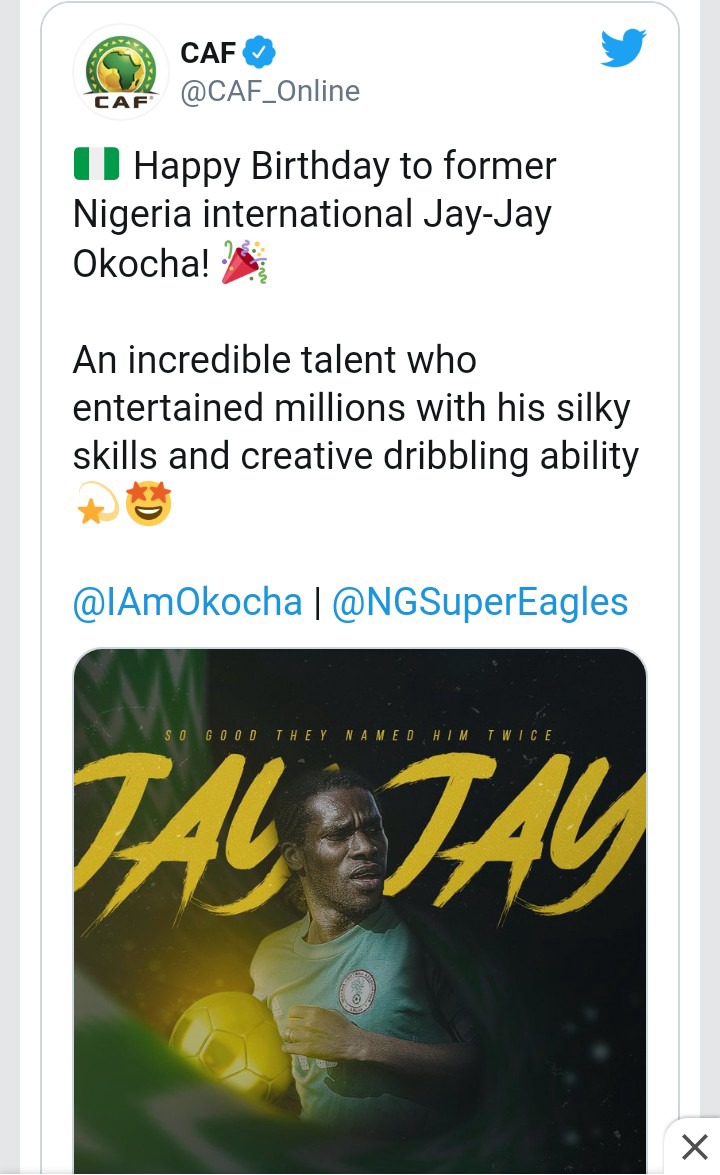 Okocha, who was born in Enugu, began his football career right there in Enugu when he signed for Enugu Rangers in 1990.

One of his unforgettable moments was his skilful display against BCC Lions, where he rounded off Ex Super Eagles goalkeeper Willy Okpara before finding the net.

Afterward, he moved to another country to start his European adventure with FC Saarbrucken and his great displays and skills immediately caught the attention of Eintracht Frankfurt.

Okocha finished paperwork for the Bundesliga side in December 1991 and made a tremendous impression for the club during his 4-year contract.

One of his unforgettable moments at the club was his sensational goal against Karlsruher SC in 1993, where he spilled past many players, including German goalkeeper Oliver Kahn before finding the back of the net. The goal was rated as the Goal of the Season.

The Nigerian mercurial midfielder then joined Turkish side Fenerbahce in 1996 and helped the club win the Prime Minister's Cup and Ataturk Cup during his time with the side.

Okocha then moved to PSG for £14 million to turn into the most expensive African player at that time and made 84 appearances, scoring 12 goals for the French club.

In 2002 he moved to Bolton Wanderers and before long turned into the toast of the fans, helping the club come out of relegation in his debute season.

He was given the captain armband following the retirement of Gudni Bergsson and drove the side to their first League Cup final in 9 years, and finished as runners up in the competition.

He likewise played for Qatar SC and Hull City before his retirement.

The midfielder featured in three World Cup competitions in 1994, 1998 and 2002 co-hosted by Korea and Japan.

Until this day, the sensational midfielder has left a vacuum in the Super Eagles midfield.

Will that vacuum ever be closed?

Only time will tell

Content created and supplied by: Jerylno (via Opera News )