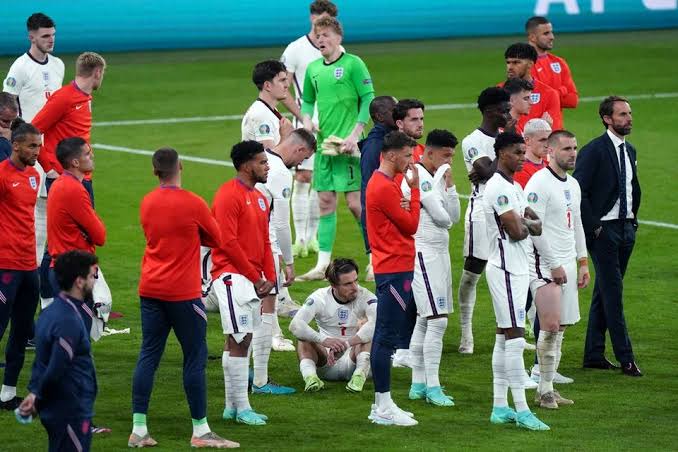 England's next two home matches have been ordered to be played without fans, with the second being suspended for a two-year probationary term.

The punishment originates from the Euro 2020 final this past summer, when ticketless England fans clashed with police and stewards as they attempted to force their way into the stadium.

"Following an investigation conducted by a UEFA Ethics and Disciplinary Inspector regarding the incidents that occurred during the UEFA EURO 2020 final match between the national teams of Italy and England played on 11 July 2021 at Wembley Stadium, London, and the subsequent disciplinary proceedings opened against the English Football Association, the UEFA Control, Ethics and Disciplinary Body has today taken the following actions," according to a statement released by UEFA on Monday.

"To order the English Football Association to play its next two (2) UEFA tournament matches as host association behind closed doors, the second of which is suspended for two (2) years from the date of the present decision, for a lack of order and discipline inside and around the stadium."

"To punish the English Football Association €100,000 for a lack of order and discipline within and outside the stadium, for invading the playing field, throwing items, and causing disturbances during national anthems."

There were many incidences of crowd disturbance at Wembley Stadium ahead of England's Euro 2020 final against Italy in July.

Despite the fact that Wembley's capacity had been decreased owing to coronavirus restrictions, ticketless fans descended on the stadium in the days preceding up to the event, causing considerable disturbance before and after the game.

UEFA charged England with four violations of the body's rules shortly after.

The FA issued a statement at the time, calling the acts "completely unacceptable" and the individuals involved "an embarrassment to the England team."

"There was a breach of security and a small group of people got into the stadium," a Wembley official said on the day.

"We're working closely with stadium stewards and security to get these folks out of the stadium." Anyone who enters the stadium without a ticket will be expelled immediately."

During the operation, 19 police officers were injured, and 49 people were arrested.