Madrid were crowned the Spanish Champions yesterday after they managed to beat Villareal 2-1 at home. The title win means Real Madrid have now won 34 Laliga titles, more than any other team in the Spanish top flight. Although Real Madrid are the worthy winners of the title, controversies sourround their second goal during the play. As expected, Real Madrid fielded their strongest starting eleven, and it took them only 29 minutes before Karim Benzema found the back of the net after Modric shot a cross towards Villareal goal.

Real Madrid continue to search for the second goal as the first half approches the end and a sustain pressure from them saw Dani Carvajal hitting the cross bar at the end of the first half. Madrid continue to apply more pressure after the restart, and in 77th minute the refree awarded Real Madrid a dubious penalty which doubles their lead. Sergio Ramos was assumed to have been brought down By Sofian Chakla in the Villareal box although there seems no contact between them. A V.A.R review should have cancel the penalty but the refree refused to listen to the pleas by Villareal players.

Ramos staged on the ball to take the penalty and instead of shooting the ball himself, he passed the ball to Karim Benzema who scored the goal. Although the refree cancelled the goal, he ordered the penalty to be retaken by Karim Benzema which seems to be a decision that favoured Real Madrid. Villareal pushed back in the late stages of the game and managed to cancel one goal, but that does'nt stopped Real Madrid from winning their 34th Laliga title. 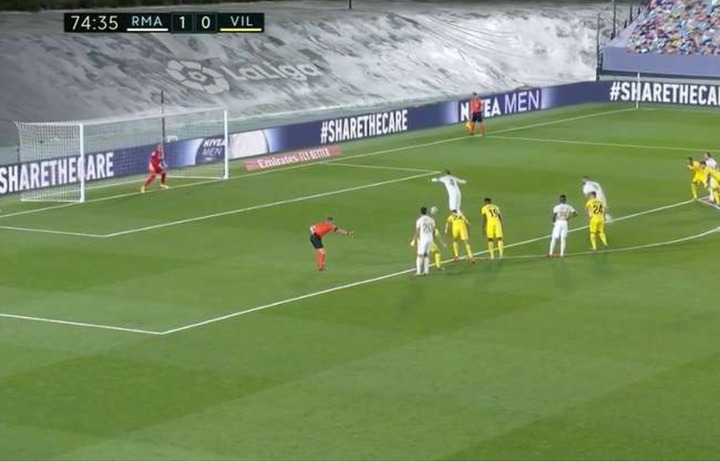 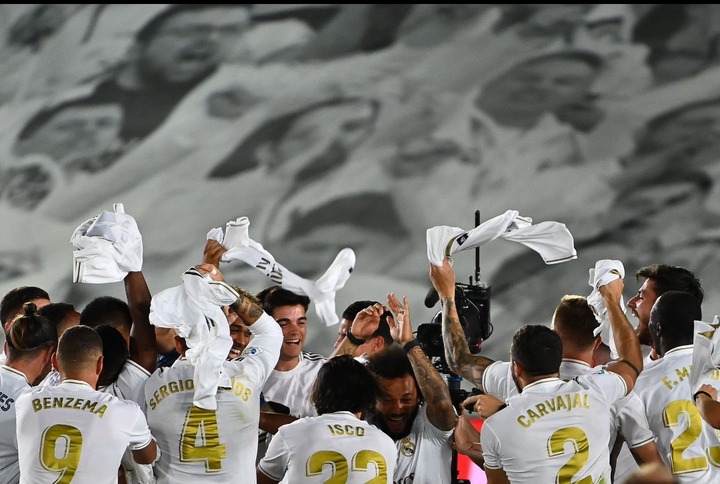