By ugnwachukwu (self meida writer) | 27 days

The premier league is never short of breath taking performances and games, the latest of which is a 3:2 high octane game between Leicester City and Westham and two in form players were on show today, both teams have been in great form over the past couple of weeks as they both look to secure a top 4 finish in the Premier League. 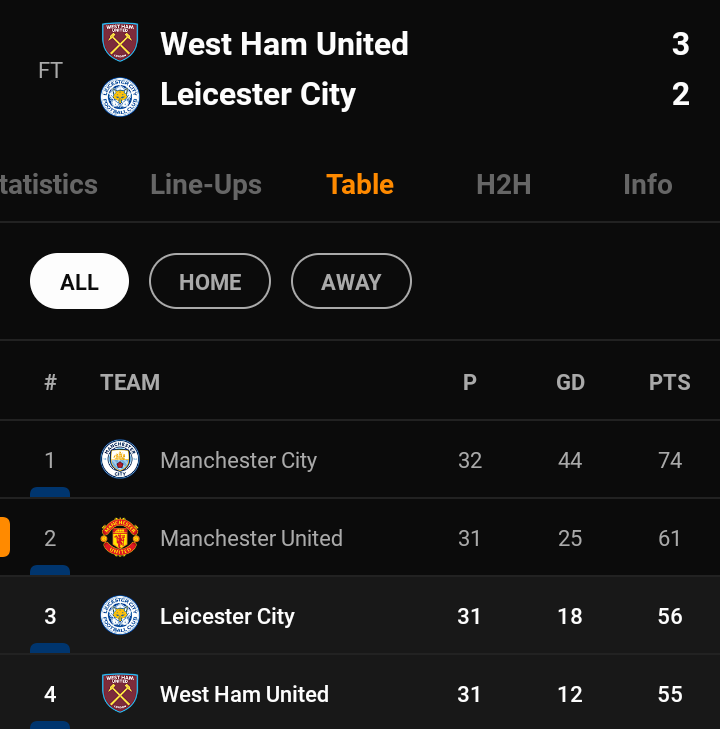 Both managers put out a very strong starting XI to get the job done but it was Westham who succeeded in getting all three points.

The first half of the game saw Westham score two unreplied goals through the in form Jesse Lingard, the Manchester United outcast has been in red hot form since making the loan move to Westham and today he scored in the 29th and 44th minute. In the second half Westham picked up from where they left off as Bowen made it 3:0 in the 48th minute, the hammers made it 4:0 a couple of minutes later but it was later cancelled after a VAR check. The 70th minute saw Leicester begin a comeback fight as Kelechi Iheanacho capitalized on a Masuaku Loose pass, the inform Nigerian fired a rocket into the Westham goal, Luskasz Fabianski could do nothing about it, 90+1 saw the Nigerian make it 3:2 after latching unto a cross from Albrighton to score his s conf of the game. 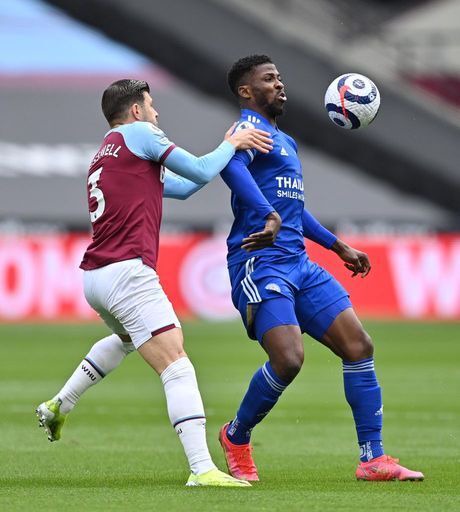 With six minutes added time Leicester pushed for an equalizer but they were unable to get it as Westham held solid for the remaining minutes.

It was a brilliant game of football as both teams really went for it although Leicester were flat for most part of the game but Kelechi Iheanacho's goal sprung them to life, despite his two goal heroics Leicester were unable to salvage a point from the game but it was a huge reminder of how good the Nigerian striker is and Leicester and Nigerian fans were quick to shower him praises. One fan said @67kelechi has really returned to red hot form, he should get a new bumper contract I guess.

Kelechi Iheanacho moved from Manchester City to Leicester City for a huge £24m but he hasn't been able to nail down a starting spot, he has drifted in and out of the squad an multiple occasions but whenever he has been called upon he has delivered, since the start of 2021 Iheanacho has scored 9 goals in his last 6 games for Leicester City, he is the current goal getter for the club as they fight for a top 4 finish.

Here is how other Fans praised the in form Nigerian. 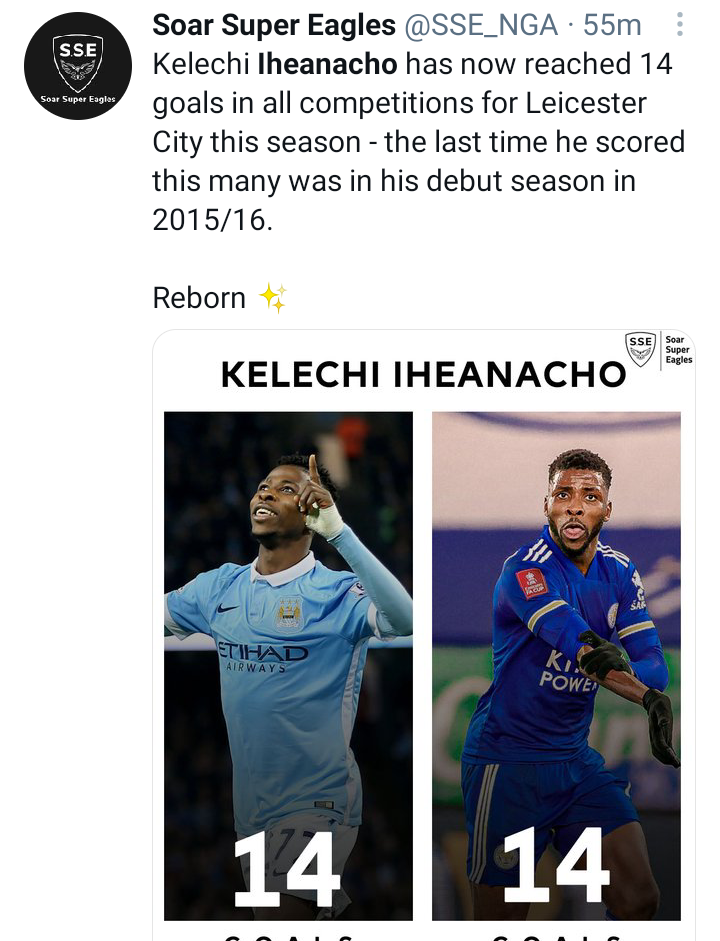 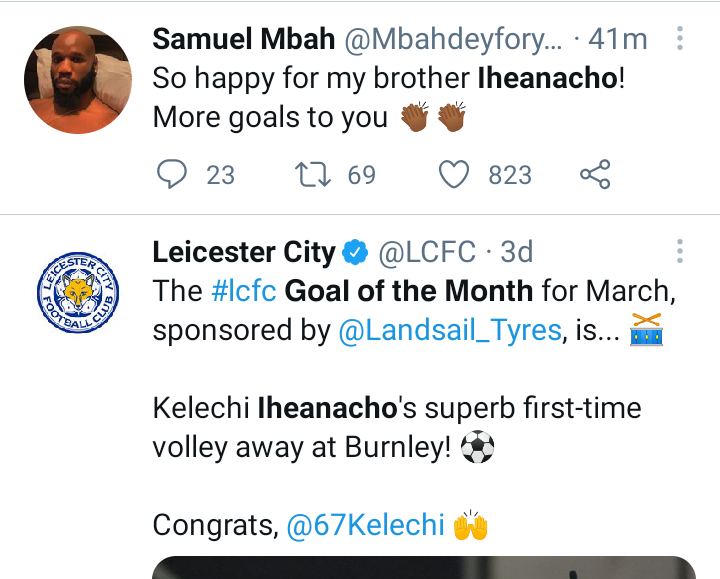 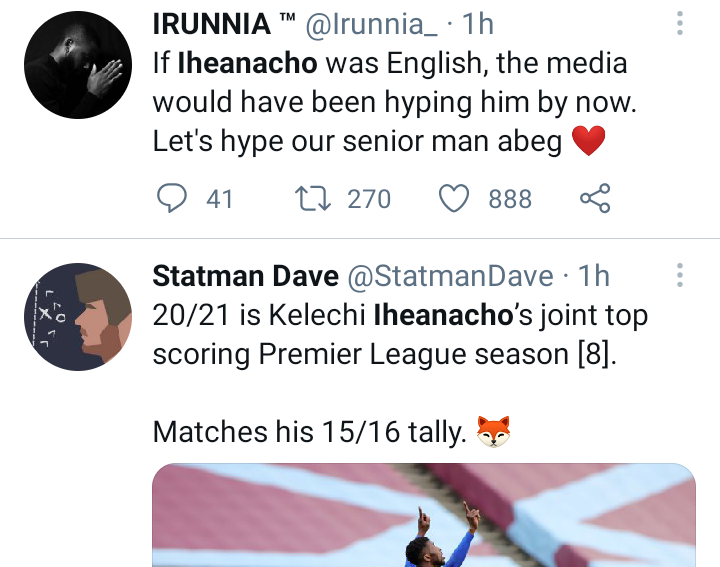 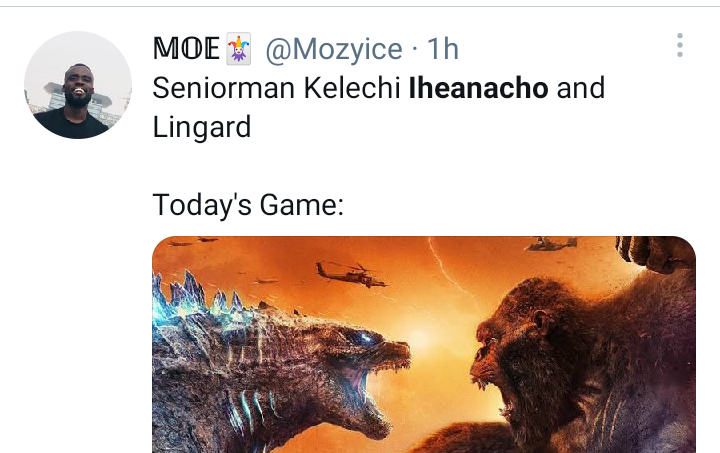 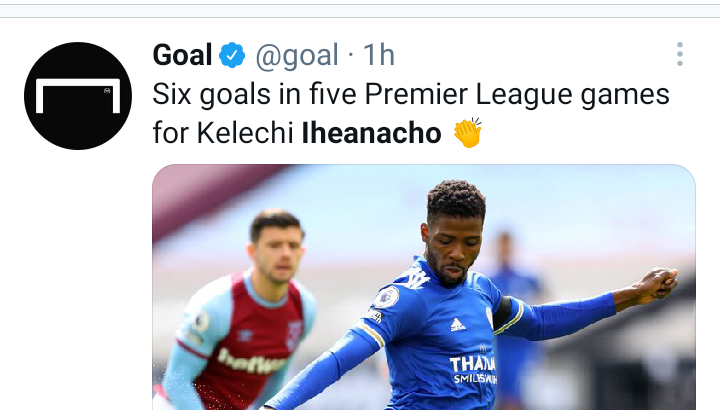 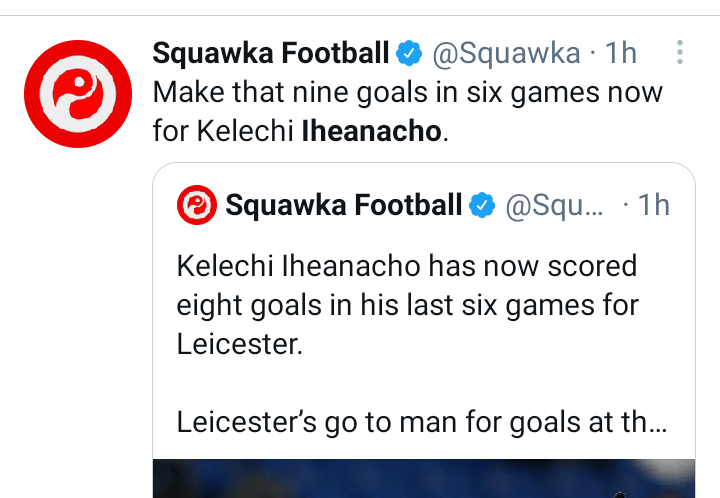 Michael Olise: The answer to the Super Eagles jigsaw?

The Style Of Penalty Missed By Aguero Yesterday, See Who Invented It And Why It's Called "Panenka"