Man United have sensationally been tipped to replace boss Ole Solskjaer with Ronaldo next year.

By Luvintegrity (self media writer) | 1 month ago 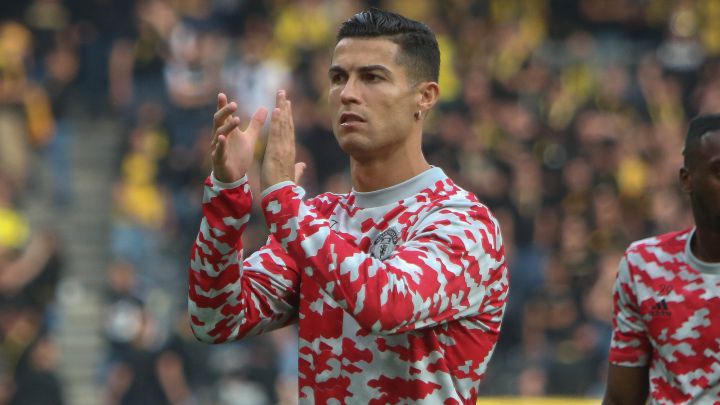 Manchester United have sensationally been tipped to replace boss Ole Solskjaer with the Portuguese superstar, Christiano Ronaldo next year. United completed the incredible transfer return of the sensational Portuguese striker in the summer but he has already been told he could take a new role at the club.

Following a big spending summer transfer window, the fans has mounted more pressure on the Norwegian coach to achieve success at the club and deliver the Club it's first trophy since 2017.

Solskjaer has been faced with criticism following their shocking defeats against Young Boys last week in their champions league group match opener and West Ham in yesterday EFL Cup game against the Hammers.

During united match with Young Boys last week, Ronaldo was seen beside Ole Solskjaer delivering instructions on the touchline for his teammates, an action he was criticized for. However, former Tottenham manager Tim Sherwood has defended Ronaldo's actions saying its acceptable, contrary to arguments that suggested he was undermining Solskjaer.

Sherwood went on to suggest that Ronaldo, who signed a two-year deal when he joined from Juventus, could replace Solskjaer within 18 month.

Sherwood in one of his words with Ladbrokes at its launch of the 5-A-Side bet on Arsenal v Spurs says that, "We've seen him do it on the international stage, most recently at the Euros, barking out orders. That boy will be a manager 100 per cent. I would have a bet on him being Manchester United manager in 18 months.

"Whenever Ronaldo finishes playing I think he will become a manager, it will be an automatic choice. If they win the Premier League, Champions League, FA Cup, any of those trophies, then Solskjaer keeps his job, but if they don’t win anything I think they’ve got a manager there in the making." he concluded.