By Sportcoliptus (self media writer) | 5 days ago

On Friday night at Selhurst Park, Arsenal will square off against Crystal Palace in an effort to start this Premier League season with a victory. Before this vital match later this week, the Gunners would enter this season with optimism after the arrivals of Gabriel Jesus, Oleksandr Zinchenko, Fabio Viera, and Marquinhos in the summer. 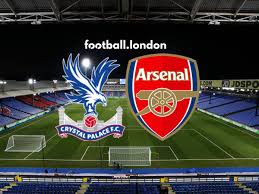 Mikel Arteta is anticipated to select a potent first team for this encounter and may line up his team in a 4-3-3 shape. In this London derby, Gabriel Jesus will be the visitor's leader in the forward line.

For the North London juggernauts, Aaron Ramsdale will man the net as he seeks to start this season with a spotless away record. Gabriel will likely partner with William Saliba at the center of Arsenal's defence.

Oleksandr Zinchenko expects to perform well at left-back while Ben White could be picked as the right-back. In the Palace half, they will each be allowed the freedom to express themselves.

Arsenal's midfield, which consists of Granit Xhaka, Thomas Partey, and Martin Odegaard, will attempt to control the tempo in the middle of the park. Odegaard will be given the go-ahead to advance and produce some quality scoring opportunities in the final third.

If necessary, Emile Smith Rowe might enter the game off the bench and make a difference in the second half.

Gabriel Martinelli will to make an impact on the left wing, and Bukayo Saka will draw attention from the right.

The Gunners' attacking department will be led by Gabriel Jesus. The Arsenal supporters would be interested in his performance this Friday night because he has been in good form during preseason.

If Arteta chooses to use Eddie Nketiah, he will have to make do with a spot on the bench while he waits for his chance to shine in the game's closing moments.

With all that in consideration, here is Arsenal's strongest XI to beat Crystal Palace on Friday: 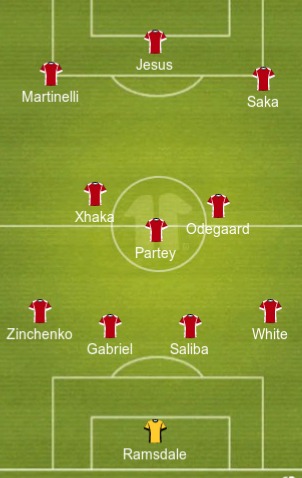