By ElderSportNews (self media writer) | 22 days ago

Manchester United are expected to be active in the transfer market as they seek to regain form following their worst season in club history. 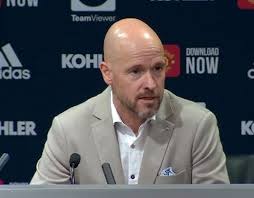 Manchester United manager Erik Ten Hag wants to sign Barcelona midfielder Frenkie de Jong, and the club has reached an agreement with Barcelona. Erik Ten Hag wants a new rightback because he wants to stick with Diogo Dalot because of his attacking ability, but the problem is that the Portuguese is not very good in defense. 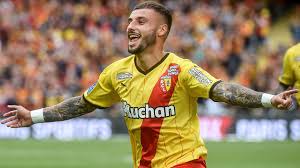 According to Pedro Almeida, Manchester United are in advanced negotiations to sign Jonathan Claus. Clauss has also been linked with Chelsea, the club's Premier League rival.

The 29-year-old has one year left on his current contract with RC Lens, so the fee should not be too high, as there is a chance he will leave Lens for free next summer. Clauss had a good season, and his strong play earned him a call-up to his national team in March. With the Qatar World Cup coming up at the end of the year, game time will be crucial for the Frenchman.

It will be interesting to see what Manchester United does with the right-back position in the coming weeks. If Wan Bissaka is sold, the club's chances of signing a right-back increase dramatically. 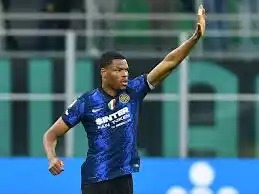 According to Fabrizio Romano, Ten Hag 'appreciates' Denzel Dumfries. Inter Milan are said to be having financial problems, which may force them to offload some of their players.

Manchester United will only sign a right-back this summer if Wan Bissaka leaves, according to Romano. According to the Italian newspaper L'Interista, the club is willing to pay 30 million euros for Dumfries. Dumfries is a 26-year-old veteran right back with the qualities and attributes to thrive in Ten Hag's system.

Last season, the Dutchman scored five goals and provided seven assists for Inter Milan, which is not bad for a full-back. The fee appears to be reasonable, and it will be interesting to see if the club pursues this deal further. 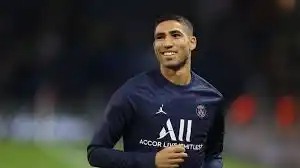 According to TeamTalk, Manchester United has held internal discussions about signing Achraf Hakimi. The 23-year-old joined PSG from Inter Milan last summer for a fee of 60 million pounds. Hakimi would be an excellent signing for United, and he possesses the skills required to play under Ten Hag.

His offensive output is strong, and he is also strong defensively. He'll be a significant improvement at right-back for United. However, it appears that his fee would be substantial. PSG would expect to recoup their fee for the Moroccan international, and the deal could become too expensive for United to complete.

Here's a report that demonstrates United's interest in the Moroccan:

Aaron Wan Bissaka lacks the attacking output required to thrive in Ten Hag's system, and as a result, he could be sold this summer. This could help fund a Hakimi deal, but if Manchester United is to complete De Jong's deal and also sign a striker, which is an important position to address, it is unlikely that they will spend £60 million on a right-back.

Content created and supplied by: ElderSportNews (via Opera News )