James Ellsworth recently revealed on The Chris Van Vliet Show that he was supposed to face Daniel Bryan at WWE SmackDown 1000. The milestone episode, which took place on October 16, 2018, featured Evolution’s reunion and the in-ring return of Rey Mysterio.

It has now emerged that a Daniel Bryan vs. James Ellsworth match was also scheduled to happen that night. WWE even planned for Bryan’s WWE Championship rival, AJ Styles, to be the special guest referee. 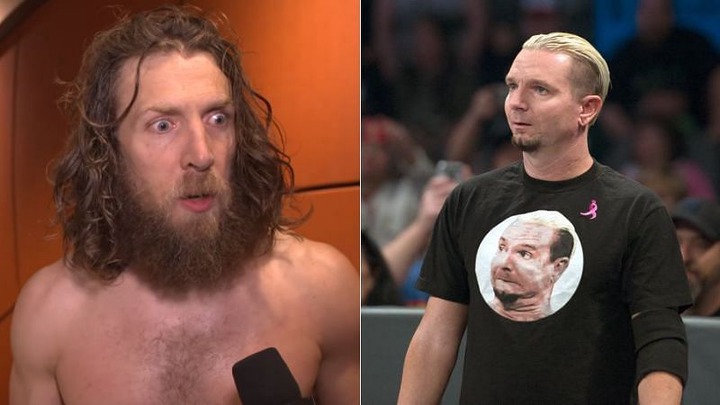 In storyline, Ellsworth had been fired by SmackDown General Manager Paige following his brief return in the summer of 2018. Carmella’s former sidekick explained that he would have won his job back if he defeated Daniel Bryan at SmackDown 1000.

“If I won the match--because a couple of weeks prior, Paige fired me on SmackDown. That was my time, so if I were to win the match, I would get my job back. And AJ's the referee. You get to the building and plans change. I just wanted to wrestle Daniel Bryan again because I respect him so much.”

Daniel Bryan defeated The Miz at WWE Super Show-Down 2018 to become the number one contender for AJ Styles’ WWE Championship. The title rivals lost two tag team matches against The Usos in October 2018, including at SmackDown 1000.

The match at SmackDown 1000 saw Daniel Bryan accidentally catch Styles with a forearm across the face. The Usos then hit superkicks on both men to pick up the win, with Bryan taking the pinfall loss.

One month later, Daniel Bryan turned heel during his match against Styles on the November 13, 2018 episode of SmackDown. He struck his opponent with a low-blow before landing a running knee to win the WWE