By VlogMister (self meida writer) | 29 days

Liverpool centre-back Virgil Van Dijk continue his recovery from a horrific injury which he sustained during the Merseyside derby on October 17, 2020, after a collision with Everton no.1 goalkeeper Jordan Pickford. His return to football activities this season looks unlikely but his recovery is very important for the merseyside club. 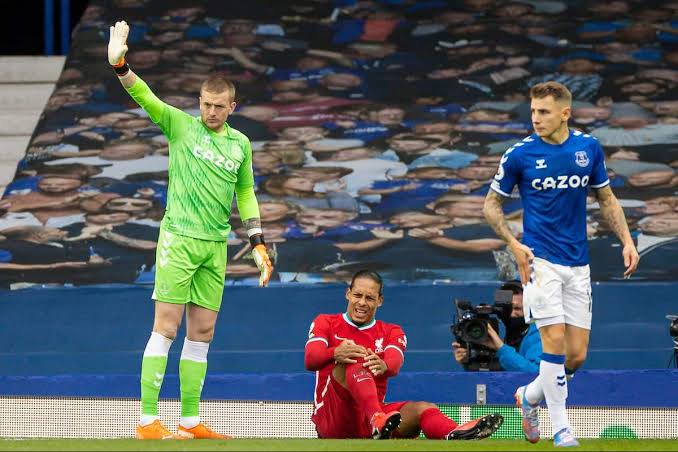 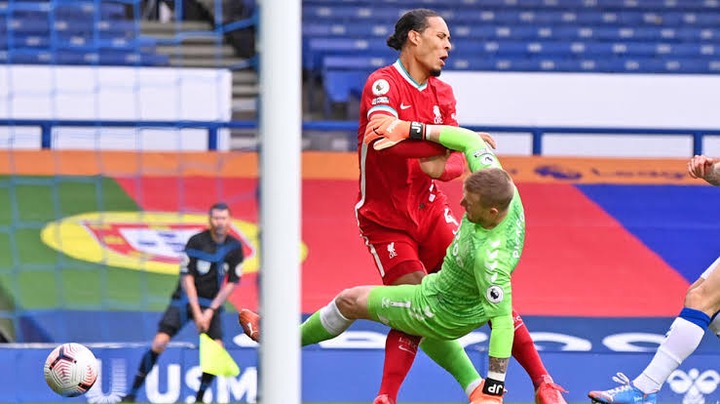 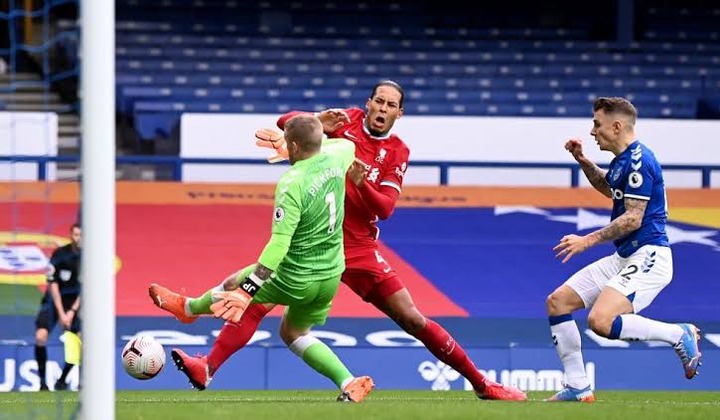 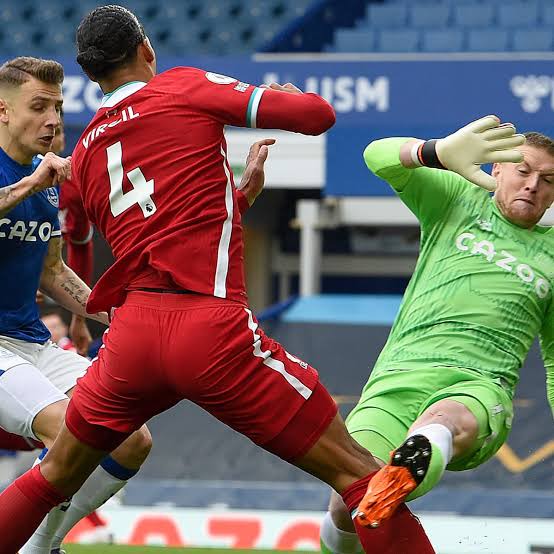 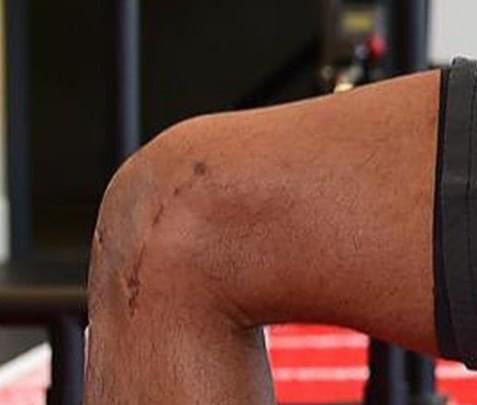 Van Dijk have been working really hard to get back on pitch, but it seem his recovery is a gradual process following the seriousness of the injury. The Liverpool superstar already received a surgery in his ruptured cruciate ligament and he's already in the brick of a return. 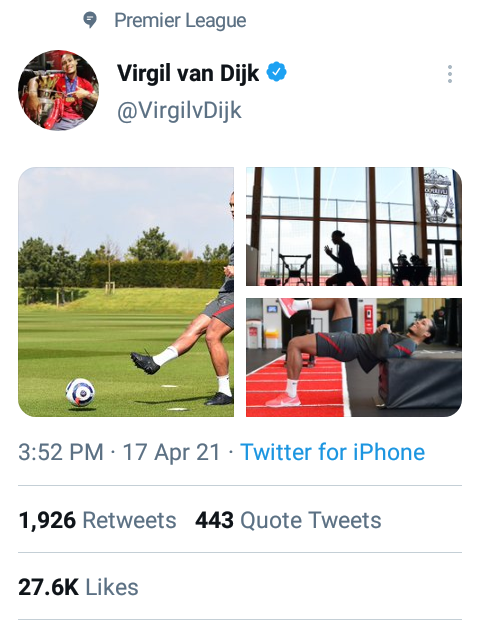 Photos of Virgil Van Dijk, having a light training whilst his recovery from his horrific injury emerged online via his twitter account. The Dutchman posted pictures of himself working hard in the gym as he work his way to complete fitness. The absence of the 29-years-old defender has been no good news to Liverpool whom have been affected hugely by Van Dijk void in the defence. 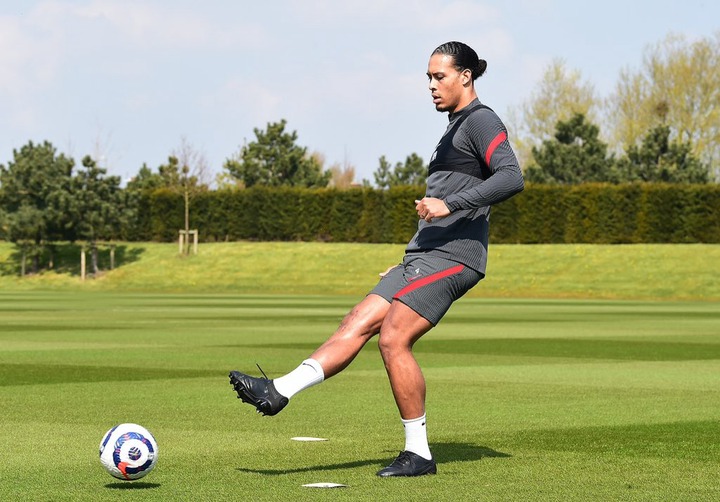 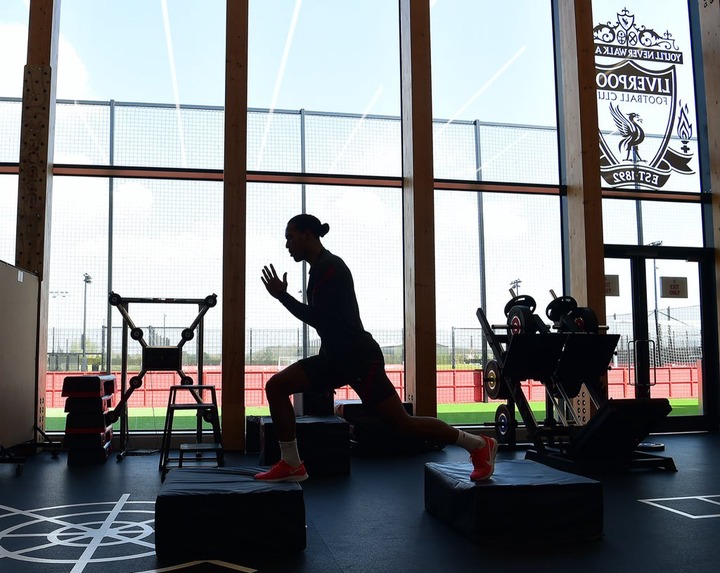 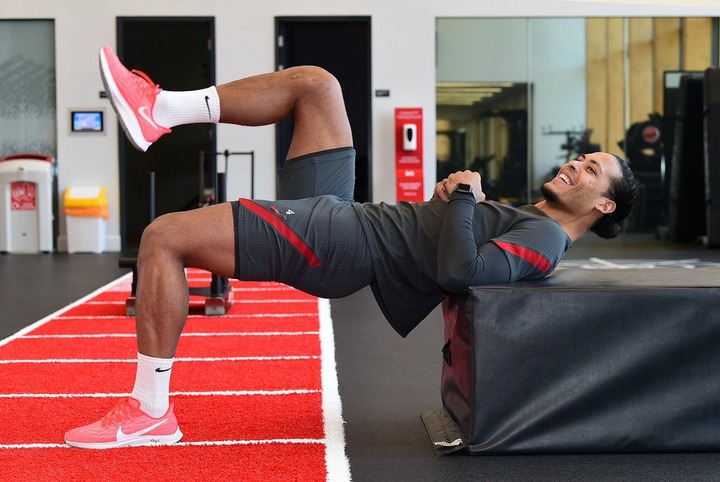 Although, the good news now is that, Van Dijk is feeling no more pain on his knee, and could return any moment from now as he's already back in training. Though, the season is already close to its climax with no less than seven matches remaining to end this season, Van Dijk would be putting his hope on return for Netherland, but he has been told by medical experts to forget about Euro 2020 and focus more on his return for Liverpool.

Virgil Van Dijk haven't kick a ball for Liverpool since October, 2020, but he is stepping up positively to foster his return for Jurgen Klopp's men. Jurgen Klopp while giving update on all his absentees who were ruled out due to Injury told reporters saying: “They all are on track, Joe as well. Joe is outside running now and all these kind of things, which is obviously always a big step after all injuries”, Klopp said.

Liverpool have been badly affected by injuries this season, Virgil Van Dijk, Joel Matip, Jordan Henderson and Joe Gomez are all ruled out due to Injury. But they're all stepping up their recovery according to Jurgen Klopp, so no doubt they will all be ready to play again for the Reds.

Your thoughts on this, Do you miss Virgil Van Dijk following his injury that kept him away from football since October, 2020 and do you think Liverpool still need him this season?

If You Have These 3 Types Of Pains, Don't Ignore Them, They Can End Your Life