Ranking five of the greatest signings Chelsea FC have ever made

In recent times, Chelsea FC is known as a club that has tremendous spending power, thanks to owner Roman Abramovich. The Russian billionaire bought the club in 2003 and transformed it, for it to become one of the most revered teams across Europe. Since gaining promotion to the top flight in 1989, the Blues were growing from strength to strength and by 2000 they were regularly in the hunt for the Champions League spots.

HERE WE’LL SEE WHO HAS BEEN FIVE OF CHELSEA FC’S BEST SIGNINGS TILL DATE. 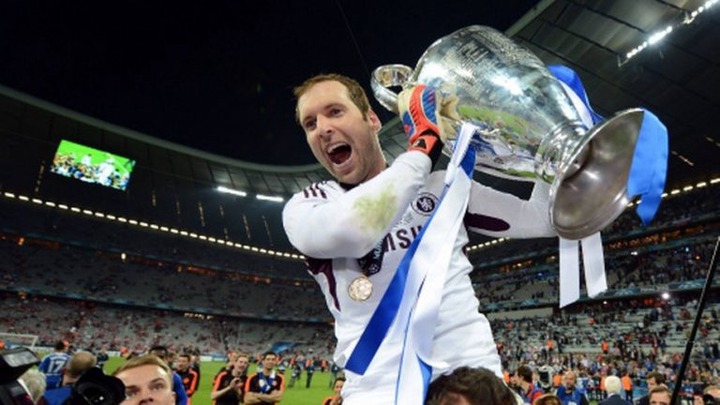 Petr Cech moved to Chelsea FC from Rennes in a deal worth 7 million pounds. The Czech International was brought to the club, in the summer of 2004, so as to strengthen Chelsea FC’s options in the goalpost, given first-choice keeper Carlo Cudicini had injury issues. A pre-season injury to Cudicini gave Cech to shine as the first-choice keeper. He formed a formidable partnership, with Terry and Carvalho and conceded just 15 goals in the Premier League ( a record that still stands). He was also awarded the Golden Glove award at the end of the season after having kept 21 clean sheets.

He was crucial to Chelsea FC’s title win the following year, as well as he conceded just 22 goals in 34 appearances.

In October 2006, Cech suffered a life-threatening head injury after he collided with Stephen Hunt in a match against Reading. He returned to action 3 months later after undergoing surgery, with a helmet. He was awarded the Premier League Player of the Month award later that season for having kept 8 successive clean sheets. The 2007-08 season riddled Cech with even more injuries, as he had hip, calf, ankle, and chin injuries all in the same season.

In 494 appearances for the Blues, Petr Cech kept 228 clean sheets in all, a stat that made him the most successful keeper in Chelsea FC history.

With four Premier League titles and a Champions League amongst other trophies, Cech has won it all for the Blues.

With four Best European Goalkeeper awards, Cech claims a reputable stake as one of the best goalkeepers in footballing history. 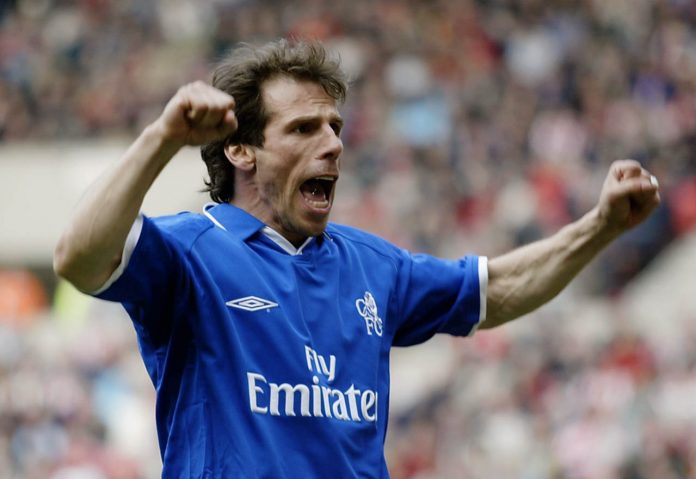 Zola joined Chelsea FC from Italian club Parma for 4.5 million pounds after he was getting frustrated at his role there. He joined along with several other continental players who ,were signed by Ruud Gullit. He put his skill and talent on the show right from the start and scored several memorable goals in his debut season. He was also praised by Sir Alex Ferguson after he scored against them. He won the FA Cup in his first season scoring four goals en route to the final, including a truly magnificent goal against Wimbledon.

The following season he won three more trophies, as Chelsea were victorious in the League Cup, Cup Winner’s Cup, and the UEFA Super Cup.

Zola had become one of the very best players in the English division and was able to dazzle every defense that he had played against. In the 1999-00 season, Chelsea FC made their debut in the Champions League and Zola was crucial to Chelsea FC’s run to the quarter-finals. With time, Zola saw his chances being limited at the club as manager Ranieri’s squad rotation policy kept the Italian out several times. Ranieri also preferred the strike duo of Jimmy Floyd Hasselbaink and Eidur Gudjohnsen. Zola however, managed to make his mark every time he played. His goal against Norwich in the 2001-02 season is still considered one of the best goals ever. 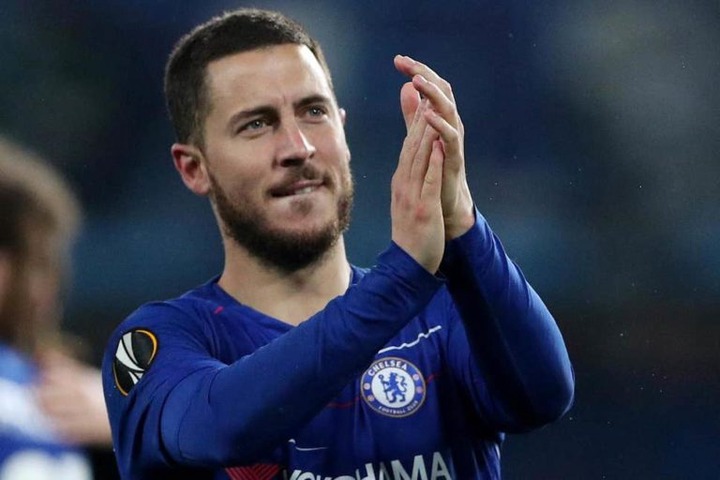 The Belgian winger signed for Chelsea FC from Lille for 32 million pounds, right after the Blues won the Champions League. Hazard had been a sensation the previous 2 seasons in Ligue 1 but no-one expected that he would turn out to be so good.

In 352 appearances for Chelsea FC, he scored 110 goals in total and won 2 Premier League titles, one FA Cup, one League Cup, and two Europa League trophies to his name.

Known for his creativity and his dribbling ability, Hazard has made a name for himself as one of the best players in the world.

The Belgian is often criticized for not scoring as much as he should, but it is often overlooked that he is very unselfish and his ability on the ball attracts many players towards him, leaving spaces for others to exploit.

Hazard won four Chelsea FC Player of the Year awards in his 7-year spell at the club, showing that he was regularly the game-changer for the west London side. It is also often overlooked that since 2015, Hazard has more often than not played in a sub-par ,Chelsea FC side and has still managed those numbers. 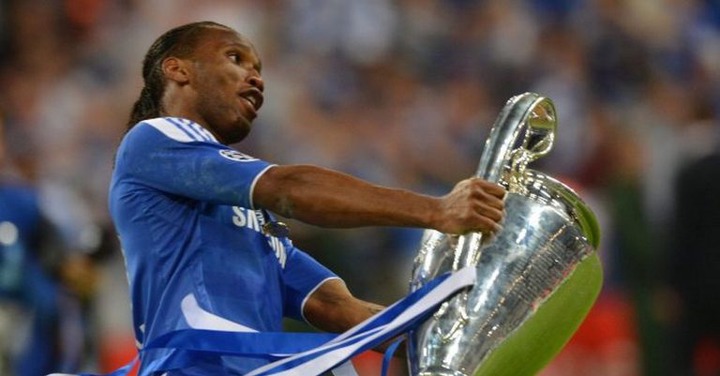 In the summer of 2004, Mourinho was apparently given a choice by owner Abramovich between Ronaldinho who was the absolute star of that time, and Didier Drogba who had been doing well at Marseille. Mourinho insisted that he wanted Drogba, a decision that changed Chelsea FC’s history.

Drogba scored 164 goals in total for the Blues in his 381 appearances split ,in two spells. He moved to Chelsea FC from Marseille in a deal worth 24 million pounds, but the Ivorian turned out to be worth every penny.

The Ivorian is perhaps the best big-game player to ever exist. Drogba was often, criticized for not scoring enough, but his presence in the opposition half was more than enough threat that Chelsea FC needed.

Drogba was an expert in playing with his back to the goal and was excellent in, hold up play. He allowed the likes of Lampard, Anelka and Joe Cole to get, in on the action as he made pockets of spaces for them while dragging the central-defenders.

He scored the crucial equalizer in the 2012 Champions League final as Chelsea FC were down ,till the 88th minute. His bullet header revived Chelsea FC and got them believing again. He also scored the winning penalty as he sent Bayern Munich, goalkeeper Manuel Neuer the wrong way to clinch the title for his side. 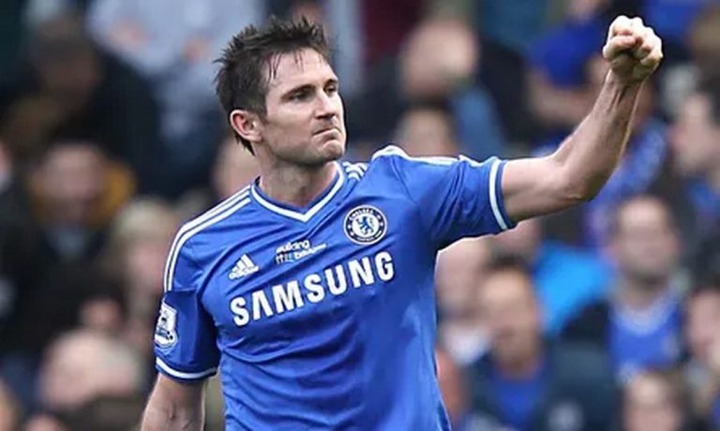 The current Blues manager, Frank Lampard is definitely the best signing in Chelsea FC’s esteemed history. After breaking through at West Ham, Lampard never really settled there, despite his performances being good. He was often jeered by his own fans who called him ‘Fat Lampard’. His boss Harry Redknapp always had faith in Lampard whose father also worked at the East London based club. In 2001, Redknapp left the club and so did Frank’s father.

Unhappy with the situation, Lampard had also begun, searching for a new club. He finally moved to Chelsea FC after an 11 million pound bid was accepted.

Lampard went on to become Chelsea FC’s record goalscorer. The midfielder, scored 211 goals in his 648 appearances for the club, where he was widely regarded ,as one of the best players in the world.

Lampard had a very strong will and a never back down mentality, which went on to become the very definition of the Chelsea FC team between 2004 to 2015. The Englishman always stepped up his game in big matches which made him an even, more valuable player.

Contributing 20 goals from midfield is no mean feat, but Lampard achieved it regularly and consistently. The midfielder was the stand-in captain for ,Chelsea FC whenever Terry was absent and he even led the Blues during their 2012 Champions League triumph.

His 11 million pound fee turned ,out to be an absolute bargain for Chelsea FC.