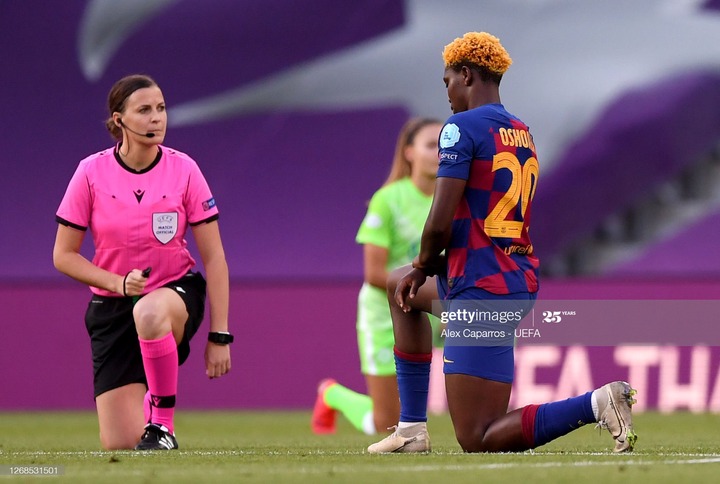 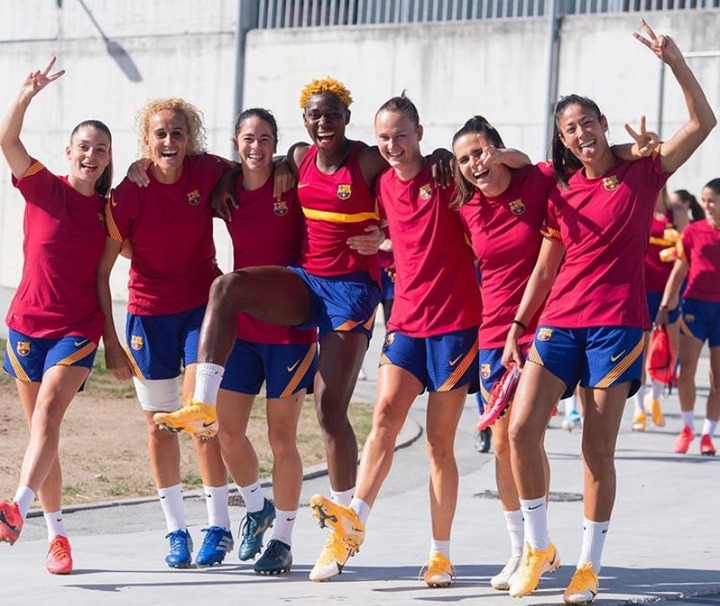 Both clubs started well, and Barcelona attackers Asisat Oshoala, Mariona Caldentey and Graham Hansen tried to break the deadlock in the first half, but they were denied by the in-form Wolfsburg goalkeeper Friederike Abt, as the first half ended goalless draw. 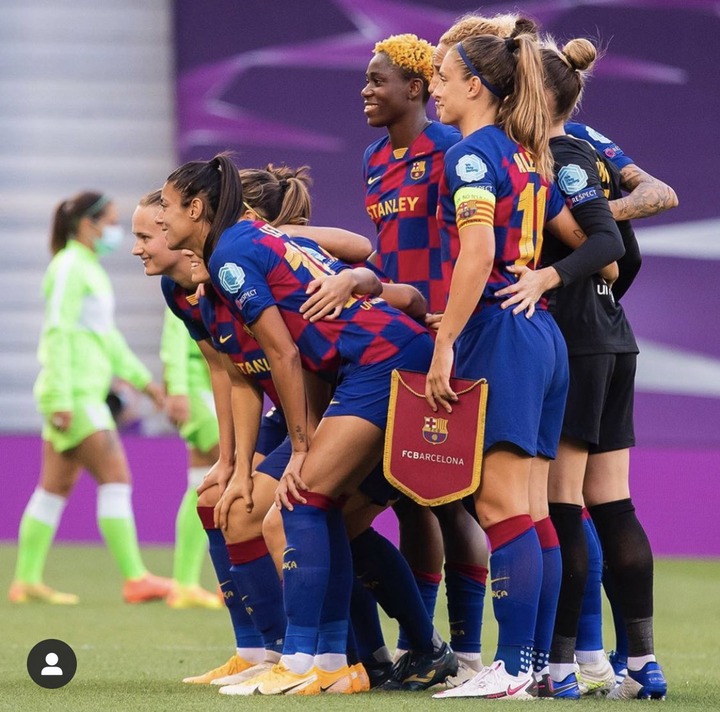 Wolfsburg winger Fridolina Rolfoe scored a beautiful goal in the 58 minutes of the game to make it 1-0 in favour of the German team, after a good team work by his teammates.

Barcelona tried all their best to equalized in the game but their efforts were not successful in front of excellent Friederike Abt. 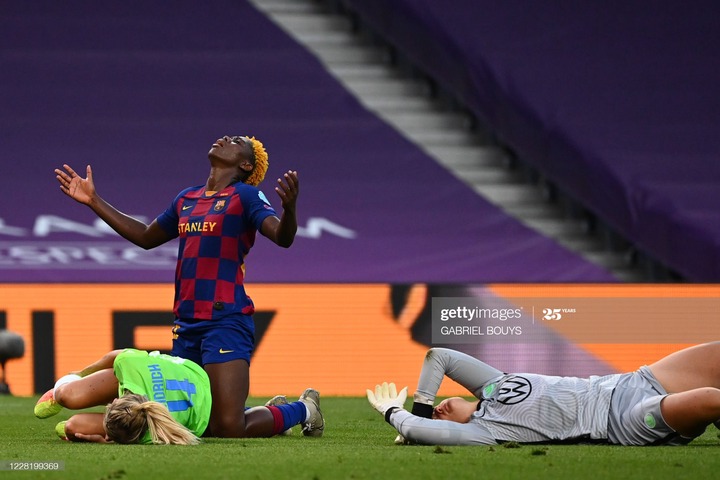 Asisat Oshoala started the match and she played for 65th minutes before she was replaced by Aitana Bonmati.

The 1-0 defeat to Wolfsburg now means Barcelona Feminine have crashed out of the Women's UEFA champions league in the Semi Final. 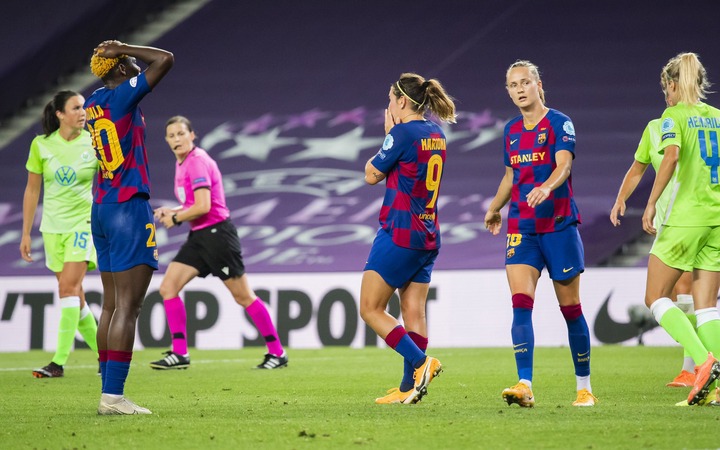 Reacting to Barcelona loss, on Monday morning, Asisat Oshoala posted on her verified Twitter handle that;

"Unlucky yesterday but I'm super proud of this team. MY TEAM ALWAYS." 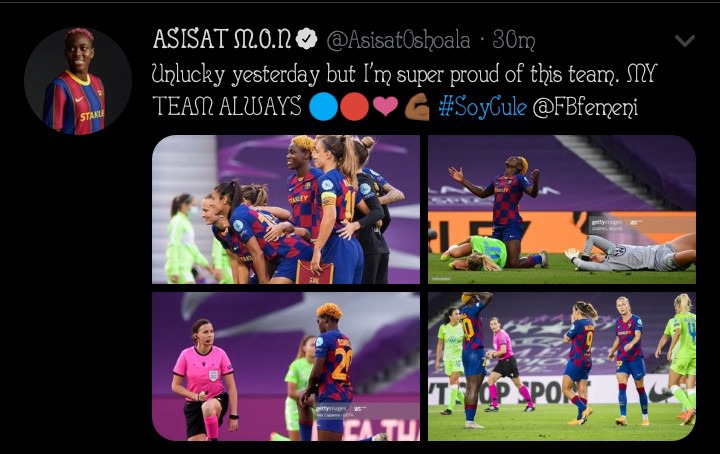 Football lovers have now started reacting to Asisat Oshoala, as they praised her for her excellent performance in the 1-0 loss to Wolfsburg. 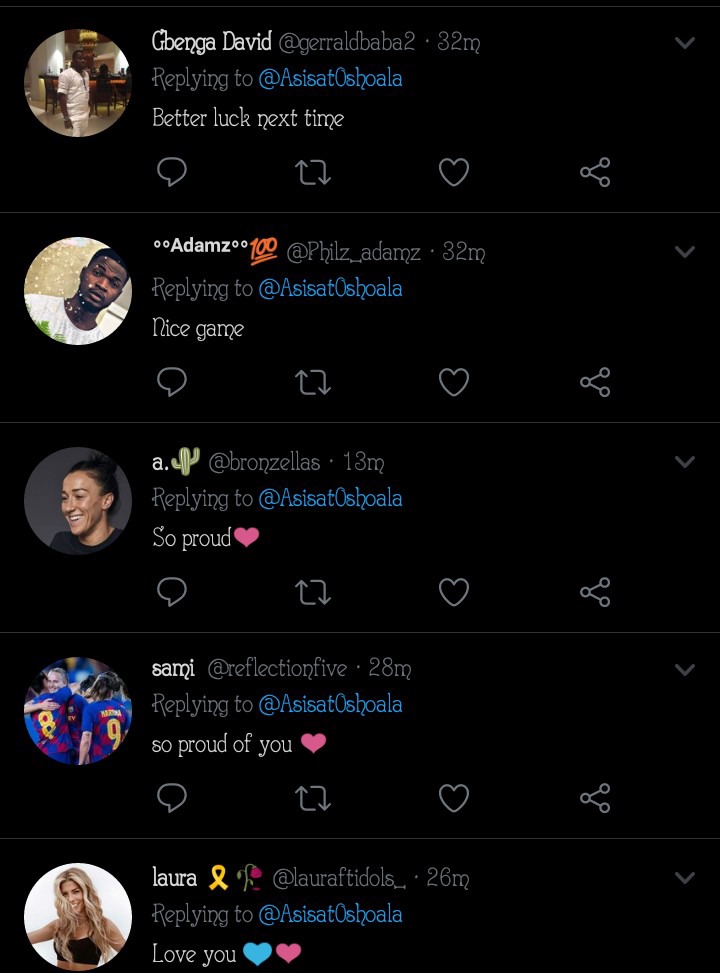 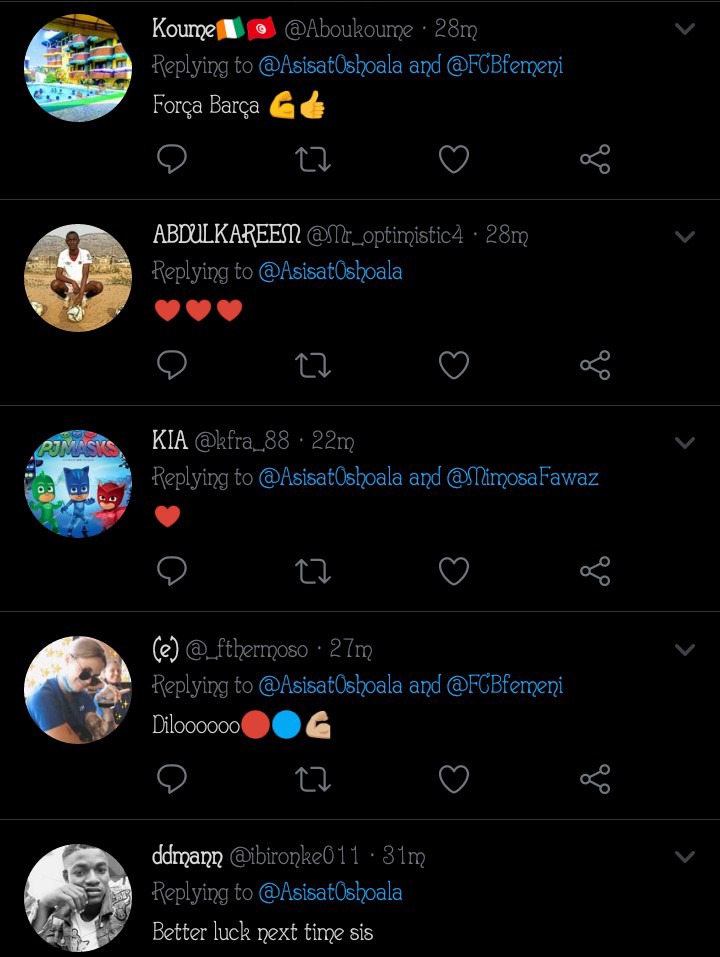 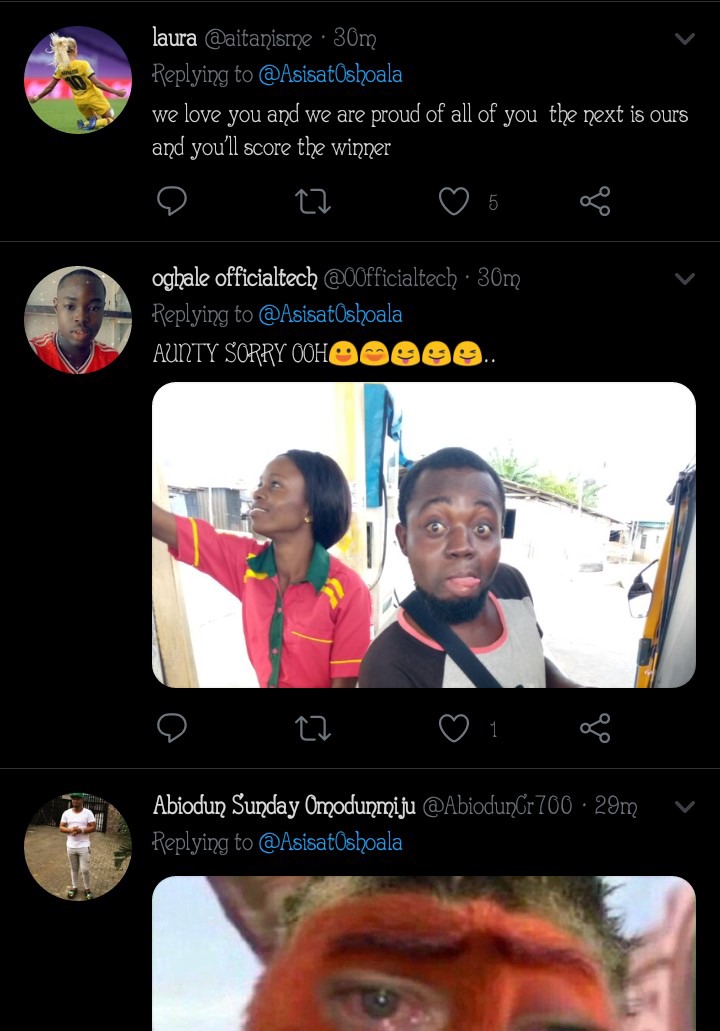 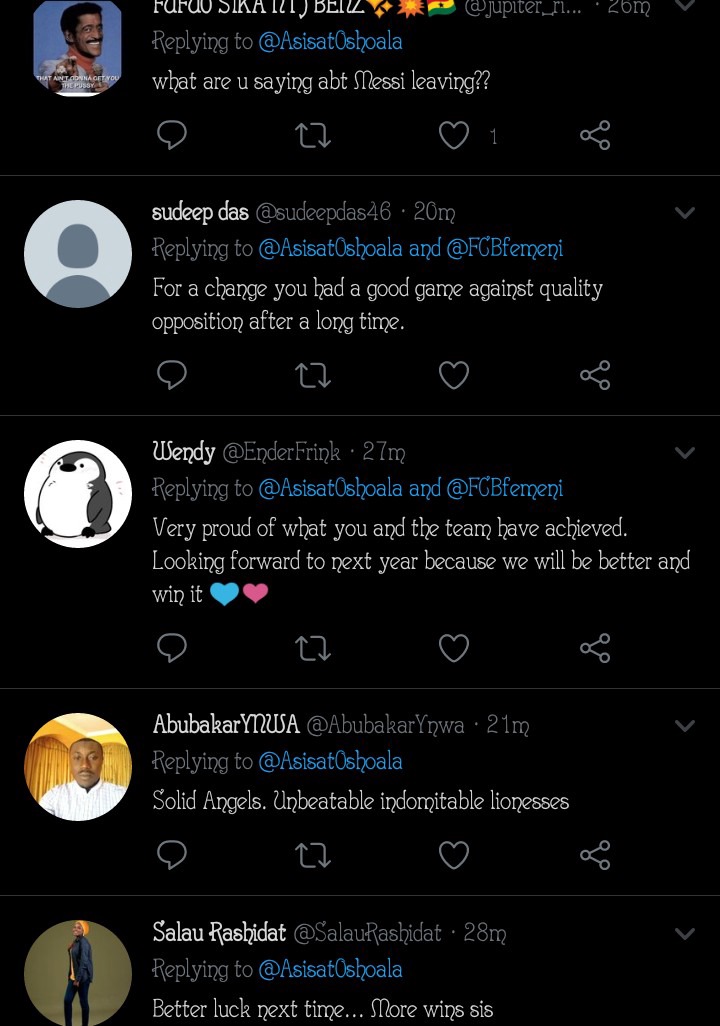 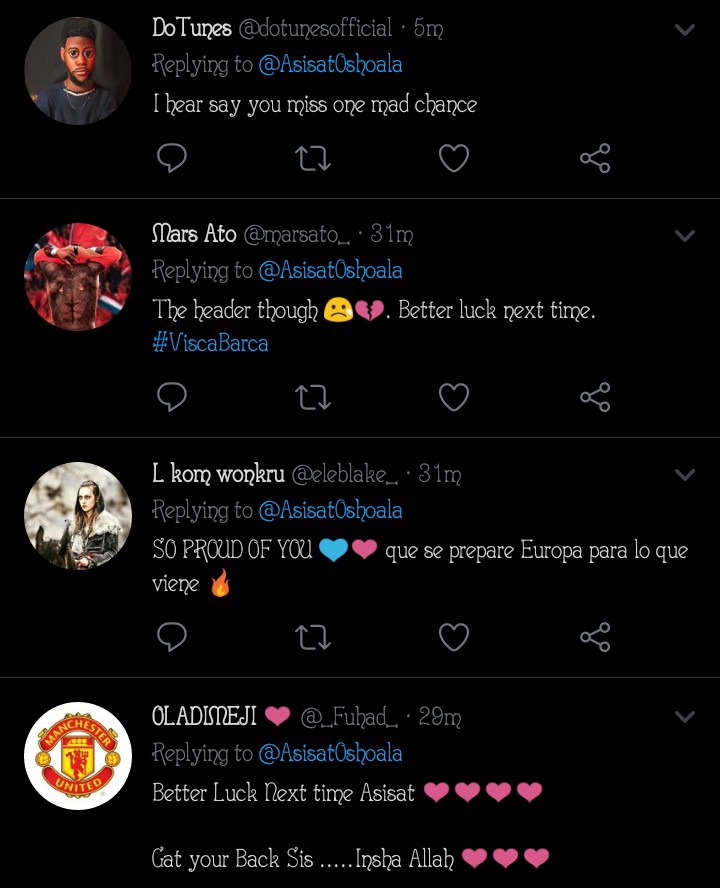 Wolfsburg ladies will now meet the winner between Paris Saint Germain ladies and Olympique Lyon ladies in the final.