By Oziegbe (self media writer) | 2 years ago 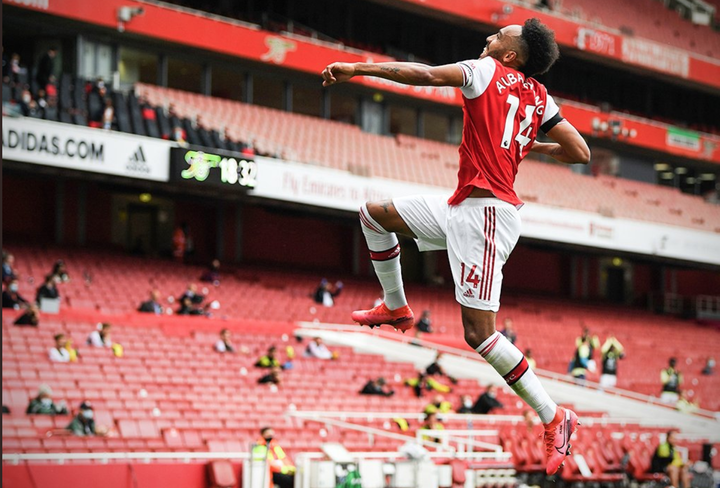 Pierre-Emerick Aubameyang set new record after becoming the 6th fastest player in Premier League history to score 50 goals during the match against Norwich City on Wednesday evening at Emirate Stadium.

The 31-year-old Gabonese striker has enjoyed another prolific campaign despite a turbulent season for the north London club and is in contention to land a second successive Golden Boot.

Aubameyang opened the scoring in today's night’s meeting with Norwich City at the Emirate Stadium profiting from an horrendous error from Canaries ‘keeper Tim Krul to roll into an empty net.

The Gunners forwarded blocked the goalkeeper's attempted clearance before he slotted the ball into an empty net and the effort was the former African Player of the Year 50th in just 79 league appearances since arriving from Borussia Dortmund in January 2018. 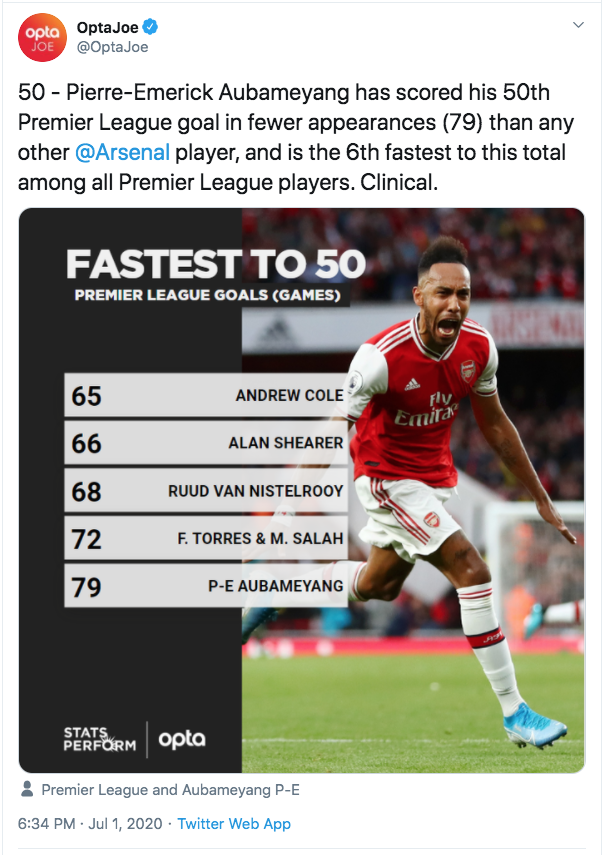 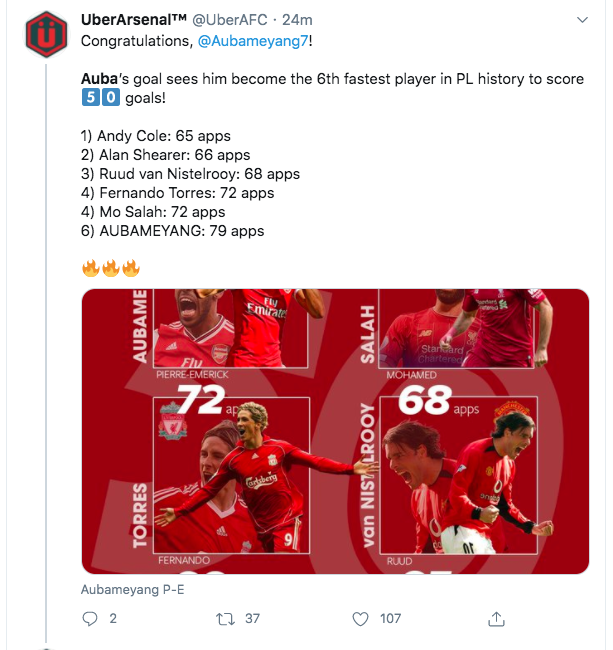 Arsenal's top scorer then turned provider as he was released by Kieran Tierney and cut the ball back for Granit Xhaka to sweep past Krul.

Mikel Arteta and the Gunners board are desperate to convince Aubameyang to sign a new contract with the lethal finisher is entering the final 12 months of his deal but Paris Saint-Germain, Real Madrid and Barcelona all keeping an eye on the situation.