Positions in Soccer and Their Roles

The Basics of Soccer

The positions in soccer are one of the basic fundamentals to know, whether you are a seasoned player or just starting out. The general positions are forward, midfielder, defender, and goalkeeper.

Each position has a specific area of the field that they cover. This includes how far back or forward and how far left or right their territory spans. Forwards, midfielders, and defenders are split into more specific positions based on their coverage of the left, center, or right sides of the field. The difference on how far forward or back each position covers is determined by the specific position, which we will cover next.

How Many Soccer Players Are There on a Team?

Each team has 11 players on a field. This includes 10 outfielders and a goalkeeper. The most common setup is known as the 4-4-2. This has four defenders, four midfielders, and two forwards. 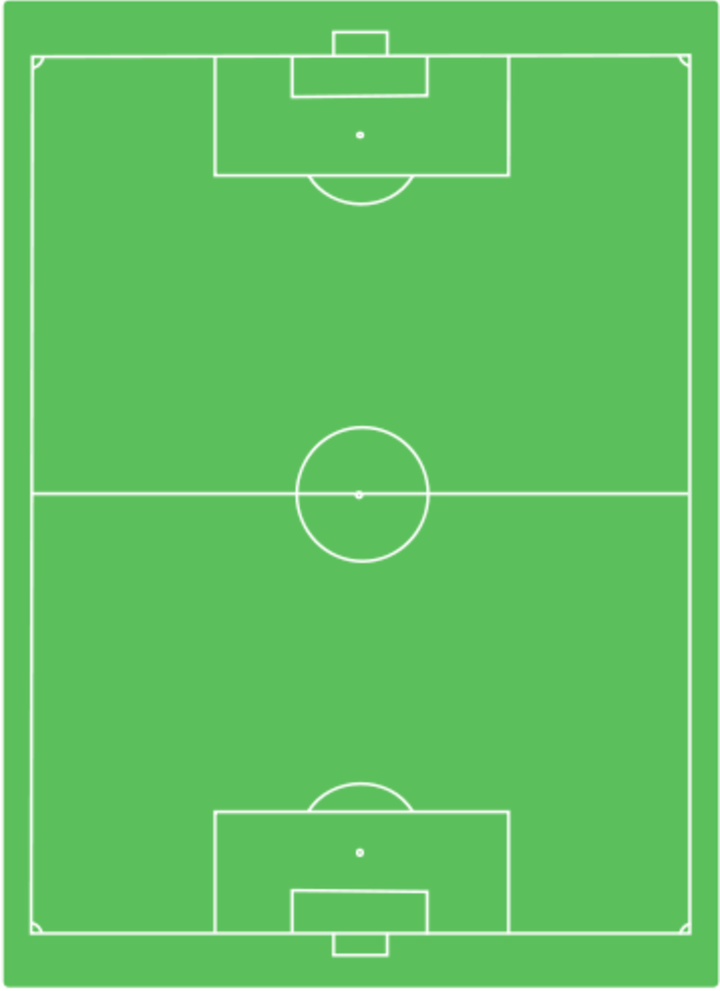 Forwards, also known as strikers, have the main objective of scoring goals. They are often the players who get the most attention since their role is designed to be in a scoring position.

Forwards are often the players that take penalty kicks and corner kicks when the opposing team kicks the ball out of bounds. They are usually the players responsible for kicking off at the beginning of the game and at halftime.

These types of forwards, also known as the main striker, specifically have scoring goals as their main objective. They are typically the main focus of offensive plays. If a team opts for a more defensive formation, a center forward may find themselves attacking a goal alone or holding onto a ball while their team comes in for a play.

This position, also known as a support striker, lies somewhere between a traditional forward and a midfielder. Their main duty is to make passes through openings to create shots for center forwards as well as score goals themselves. 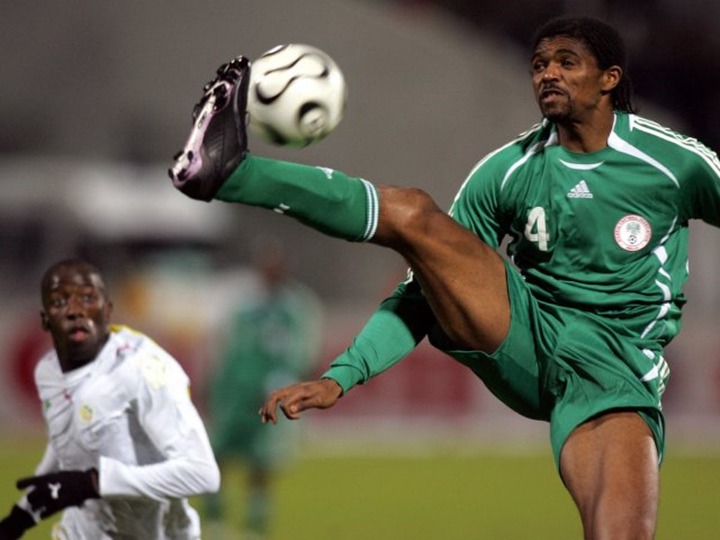 These types of forwards can play on either the right or left side of the field near the touchlines. Their objective is to quickly dribble past their opposing full-backs and pass the ball to a striker. If a team plays a more narrow formation in the midfield, they may not even use wingers.

Midfielders spend a lot of time playing different roles in a game. This is a very important position because they typically need to be good at defense and offense.

Some of their main duties include:

Assisting the defense in making sure the opposing team doesn't get anywhere near their goal.

Getting the ball passed up to the forwards for them to score a goal.

Making their way to the opposing team's goal and scoring if the opportunity arises.

The territory for this position can vary quite a bit depending on who you ask. It is not surprising to see a midfielder in almost any area of the field. But for the most part, they should stick to the central area. At the beginning of the game, they are positioned behind the forwards. During the game, they often cover the halfway point between their own goal line and the midfield line. They can also cover between the midfield line and their opponent's goal line.

Midfielders will sometimes take penalty kicks, throw-ins, kick-offs, and corner kicks. It depends on who is the strongest at these. 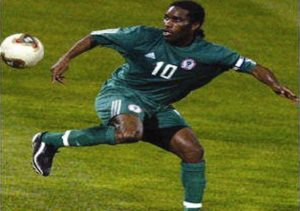 This position offers dual support in offensive plays as well as attempting to get the ball back when on defense. Since they are placed in the center of the field, they have the most control over the flow of a match and have the best view of the action on both ends of the field.

These midfielders are placed in front of defenders for extra protection. They typically lay back when their team goes on the attack. Their main objective is to tackle opposing players and potentially drive them out to the sides. They can also cover other defenders and midfielders if they are up supporting the offense.

This is a primarily offensive role that is placed between the central midfield and the forwards. This role can be divided into the left, right, or central midfield. Their main duty is to create opportunities for strikers by finding passes that can cut through the defense of the opposition.

This position plays in the left or right midfield. They are very similar to wingers. Their main role is to offer protection out on the flanks of the field and as well as support offensive plays. 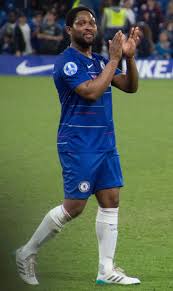 Defenders do everything they can to make sure that the ball does not get past them. If there is not a sweeper in play, defenders are the last position the opposing team will encounter on their way to scoring a goal, besides the goalkeeper.

This position typically starts the game close to their own goal box. During the game, they can typically be found anywhere on their teams half of the field. This is between their goal line and the midfield line.

Defenders are often expected to perform throw-ins, goal kicks, and corner kicks on their own side of the field.

The job of this position, also known as a central defender, is to stop players such as the opposing striker from shooting on the goal. It is common to see two center-backs play on the pitch. They can either cover a specific portion of the field or cover a specific player.

Sweepers are not always a position that is utilized. Sometimes, a coach will use four defenders instead of including a sweeper. However, when one is used on the field, they can be an essential player to assist the goalkeeper. Sweepers can be the last defensive measure before a ball reaches a goalkeeper.

The position usually starts behind the defenders and in front of the goalie. They don't typically go past the midfield line and can go as far back as their own goal line. They will often cover the entire field from left to right, wherever extra assistance is needed.

A sweeper will often take goal kicks or corner kicks. They can also be expected to perform throw-ins when the opposing team kicks the ball out of bounds. This is the only time a player other than the goalie can touch the ball with their hands.

This position can be divided into a left or right-back. They are positioned on either side of the center-back. They defend against opposing wingers in the flanks who try to drive the ball past them or pass to other attackers. They do not traditionally support attacking plays.

These are defenders who are more involved in offensive plays. They typically cover more width on the field, especially if the team lacks traditional wingers. They usually support the midfield when on the attack. This position usually covers the opposing wing-backs when on defense. 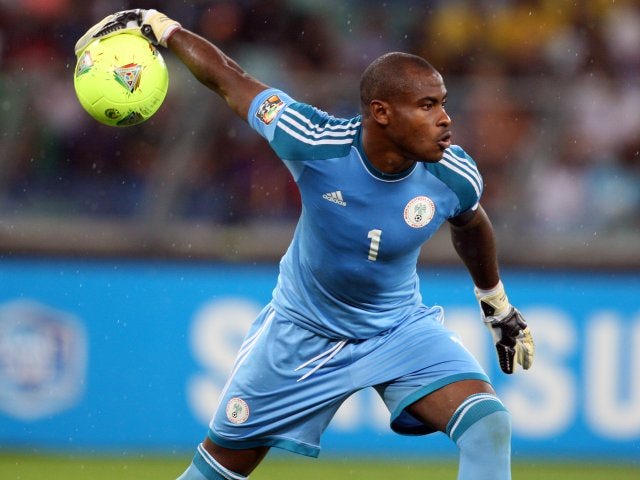 The goalie is typically the only player that is allowed to touch the ball with their hands while on the field and during the game. Their sole purpose is to keep the ball from making it into the net.

The always stay close to the goal to prevent the opposing team from scoring. They will typically not leave the area of the goal box (the lines that form a box closest to their own goal). This is because they may not touch the ball if they are outside of their goal box.

Goalkeepers are responsible for blocking the ball during penalty kicks and getting the ball out of the area of the goal and to a player on their team further down the field. They often use a dropkick to get the ball as far away from their own goal as possible.

The Importance of the Positions

It is very important to know what each position does and what they are responsible for. If players do not follow the guidelines of their positions, their team will not function properly. When each player plays their position correctly and covers the correct areas of the field, the team will perform much better and give each player a chance to use their skills at the necessary time. Positions are typically decided by what kind of skills a player has, making it important for an individual to focus on their specific position.