By Beta_gist (self media writer) | 4 months ago

Cristiano Ronaldo made headlines some days back after his historical brace against Republic of Ireland in the UEFA world cup qualifying match.

The game started on a quite note for the Portuguese super star as he failed to convert early chances, the new Manchester United signing even failed to convert from the spot kick and this generated mixed reactions online. 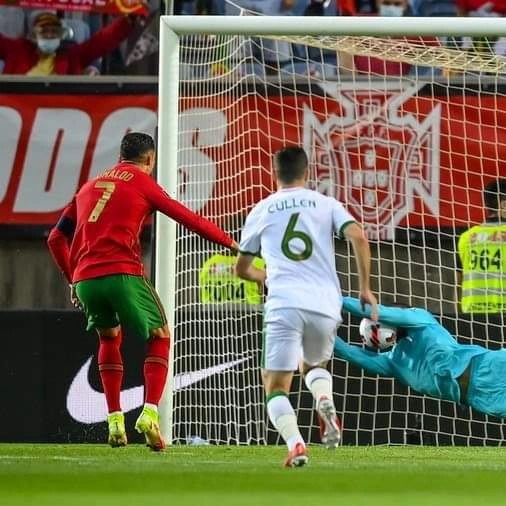 After failing to convert the penalty kick, republic of Ireland scored and this gave the visiting team a first half win in the UEFA world cup qualifying game.

'The penalty miss against Republic of Ireland meant the former Juventus player failed to convert from the spot kick for the first time since the 2018 FIFA World Cup against Iran'.

However, just like the football legend always does, he delivered for his team as he scored two late goals to give Portugal all three points in the encounter. 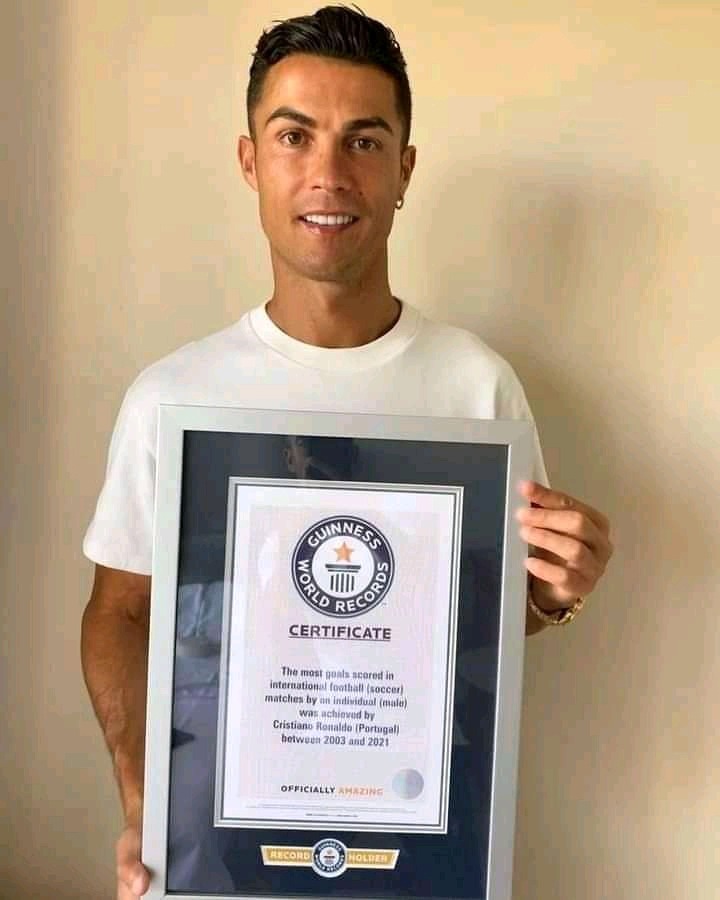 Cristiano Ronaldo is officially on one hundred and eleven goals in international level and this is 35 goals ahead of his rival, Lionel Messi. He officially received his certificate from the Guinness world records.

Both players are still active on international stage and looking at the fact that Lionel Messi is 2 years younger than Cristiano Ronaldo, he might still be able to surpass this feat which was set by CR7.

Do you think Lionel Messi can overtake the Portuguese legend?