The Super Eagles of Nigeria last Friday kicked off their qualification for the 2022 FIFA World Cup on an impressive note, with the 2-0 victory over Liberia at the Teslim Balogun Stadium in Lagos. Two first-half goals from Leicester City's Kelechi Iheanacho sealed the three maximum points for Super Eagles which put them on the right track ahead of the Qatar 2022 FIFA World Cup as they topped their group with three points. 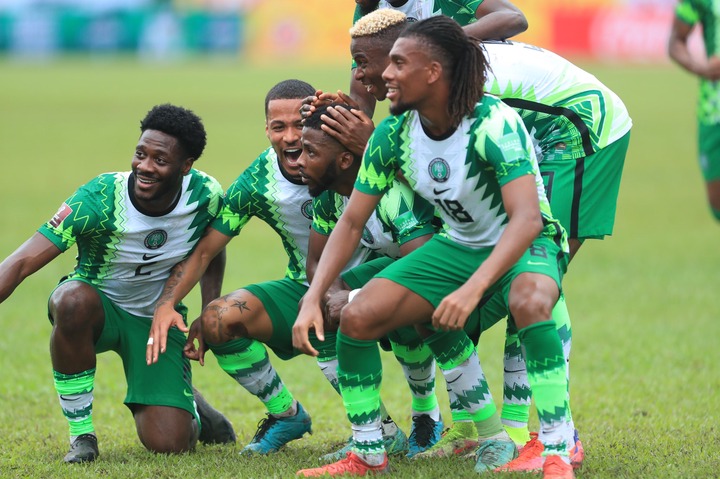 The Nigerian National team will on Tuesday, September 7, lock horns with Cape Verde Island in the second game of the Group C fixtures. The encounter will see the Super Eagles of Nigeria unable to use four of the players that started the last game against Liberia, which will serve as a major blow for the team.

These five players have been banned from traveling to the countries labeled as the "red list" by the United Kingdom government, which restricted UK-based players from traveling to such countries. To this end, at least five Super Eagles players are left with no choice rather than to return to their club as they won't be part of the party in Cape Verde on Tuesday evening.

The five confirmed Super Eagles stars that will not be available for the game on Tuesday include Kelechi Iheanacho, Wilfred Ndidi, Willam Troost Ekong, Alex Iwobi, and Ola Aina as they all plight their trade in the United Kingdom.

With the absence of these five key players, can the Super Eagles of Nigeria get another victory over Cape Verde on Tuesday?