By Steve_Sports (self media writer) | 1 year ago

Burnley were victorious in yesterday's fixture as they recorded a 2-1 win against Wolverhampton Wanderers at the Turf Moor. 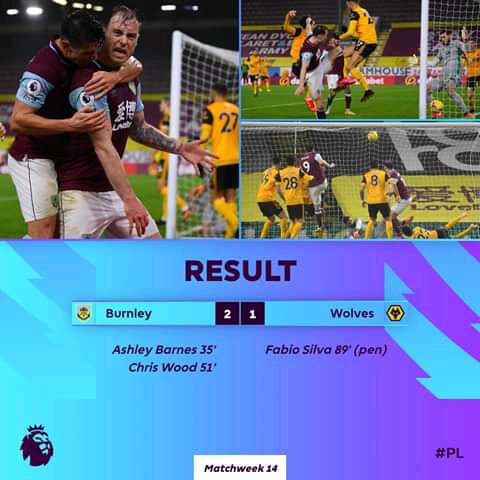 Burnley United took the lead as Ashley Barnes headed in the opening goal in the 30th from Charlie Taylor's cross to make it 1-0 at halftime. Chris Wood doubled Burnley's lead in the second half as he drilled a shot into the net to make it 2-0. Fabio Silva got on the score sheet and pulled one back for Wolverhampton Wanderers at stoppage time as he converted from the penalty spot to make it 2-1 at full time.

Chelsea were also victorious in yesterday's fixture as they recorded a 3-0 win against West Ham United at the Stamford Bridge. 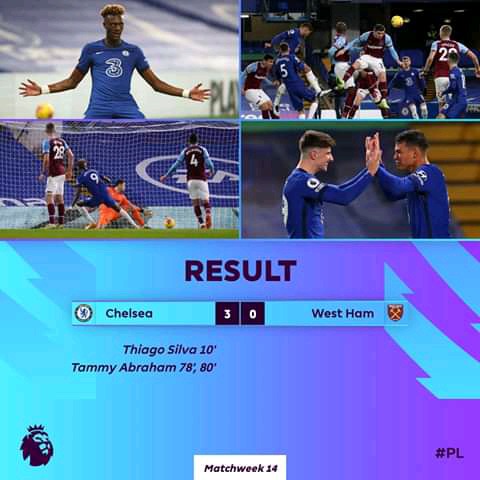 Thiago Silva gave Chelsea the lead in the 10th minute as he headed home Mason Mount's cross to make it 1-0 at halftime. Tammy Abraham got on the score sheet in the second half as he doubled Chelsea's lead in the 78th minute with a sentence strike. Tammy Abraham sealed the win for Chelsea in the 79th as he drilled in low to make it 3-0 at Full time. 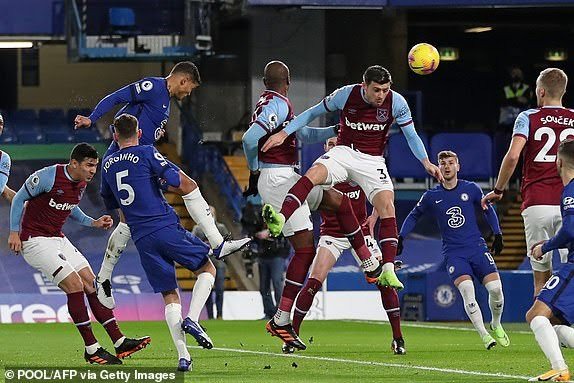 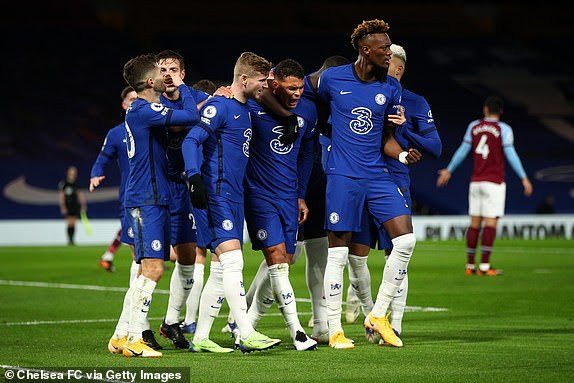 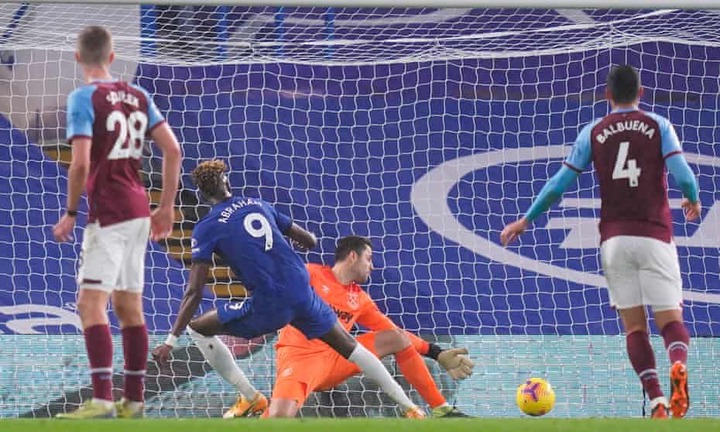 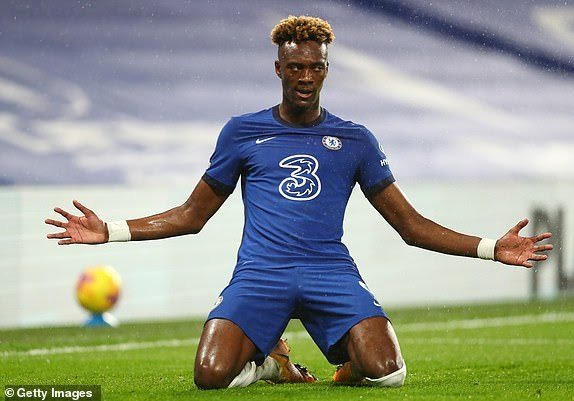 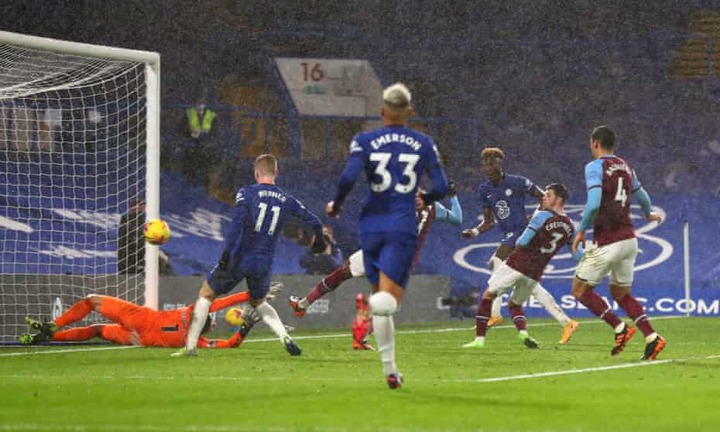 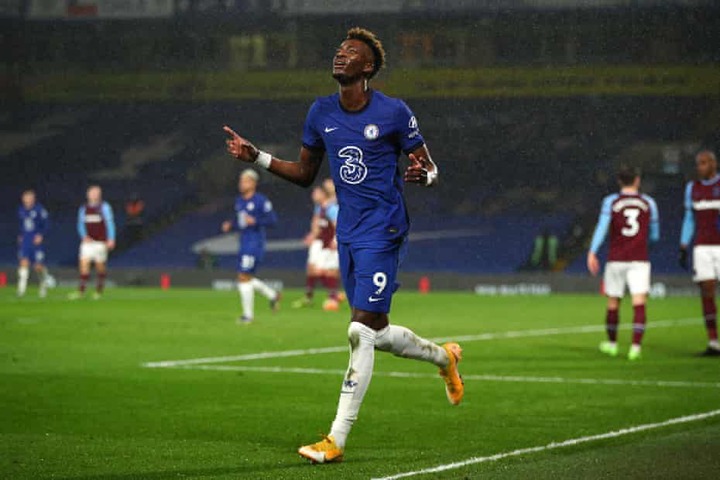 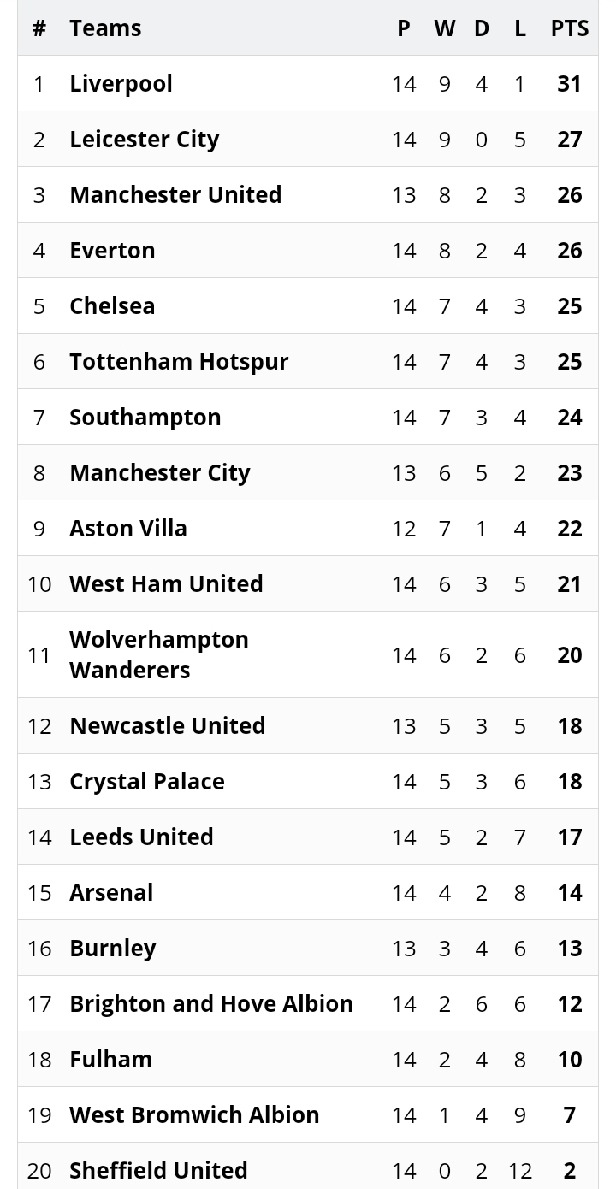 Content created and supplied by: Steve_Sports (via Opera News )