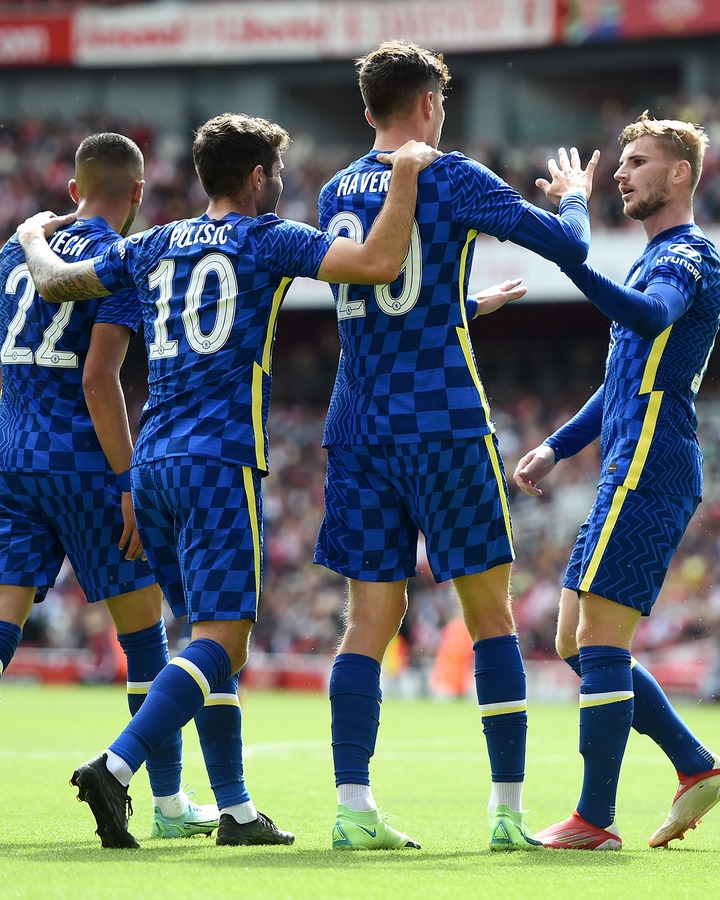 Thomas Tuchel led Chelsea team were in action on Wednesday night in their last pre-season game of the summer against Tottenham Hotspurs at the Stamford Bridge.

The game between the two sides was a very thrilling and balanced one at full time as there was nothing separating them despite the host been the dominant side in the first half of the game.

Chelsea in the first half took double lead against the Nuno Espirito Santo's side but forfeited the chance to take the win of the night, as they conceded two goals in the second half which cancelled out Hakim Ziyech's brace. 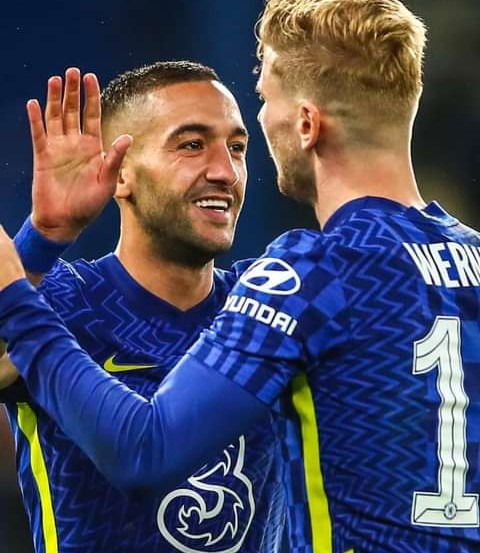 The Blues opened the scoring sheet in the 16th minutes with a goal from Hakim Ziyech to make it one nil which was the only goal that separated the two sides at half time.

In the second half of the game, they both put up some physical, tactical and technical displays as the host doubled their lead in the 49th minutes with Hakim Ziyech netting his brace to make it two goals to nil.

After some dazzling displays, the visitor were able to put one back in the 56th minutes with a goal from Lucas Moura to make it two goals to one. 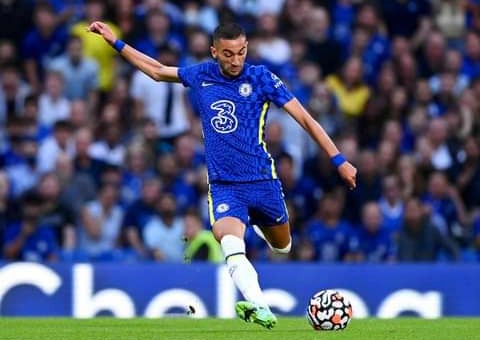 In the 70th minutes of the game, Steven Bergwijn stepped up to score the equaliser for the North London club to make it 2-2.

After several attempts put up from both ends to add more to the tally of the night, all were not successful as it ended two all draw at full time thereby making it no victor no vanquished.

Chelsea as such have now ended their pre-season with an unbeaten record as they won three out of their four games. 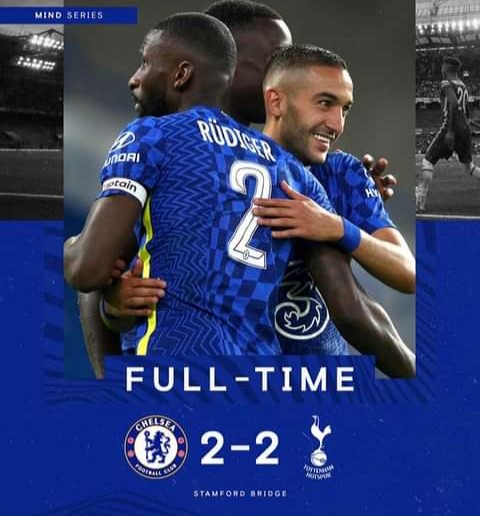 The Thomas Tuchel's side will now be hoping to keep their brilliant run of form going in the new season as they looked forward to play the UEFA Super Cup finals agiant Unai Emery's Villarreal team in couple of days. 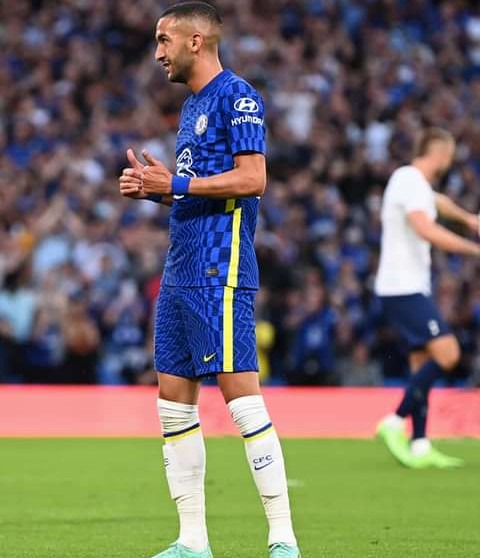