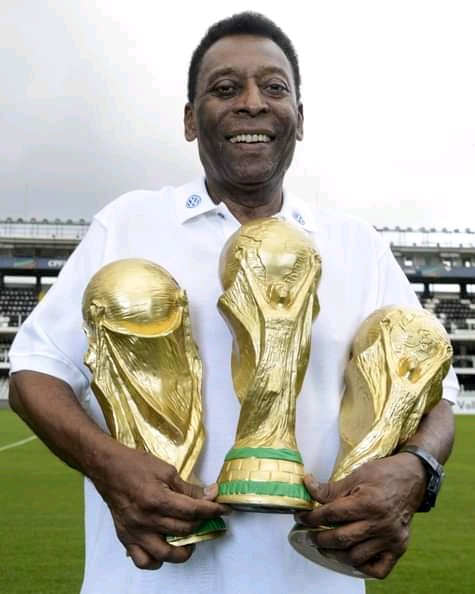 Here are some of Pele's lifetime football achievements.

1. He is Brazilian all-time the highest goalscorer

Pele is the Brazilian all-time highest goalscorer. He scored a total of 77 goals for the Brazilian National team in 92 appearances. Only Neymar Junior and Ronaldo Nazario came close to this Pele's figure.

2. Pele Made 92 Appearances for the Brazilian National team.

3. Pele is the first and only player to win the FIFA World Cup three times.

Pele is the only football player in the history of football to have won the FIFA World Cup three times.

4. Football Player with the highest number of hat tricks.

Pele is the football player with the highest number of hat tricks in the history of football. He has had 92 hat tricks throughout his football career.

5. He is the third all-time highest goalscorer in football history.

Pele is the third all-time highest goalscorer in the history of football. He has 757 career goals. Only Cristiano Ronaldo and Romario have more.

Pele won a total of 27 club trophies with Santos.

Pele announced his retirement from professional football in 1977.