INFAMOUS: Top 5 players that were disliked by fans for their actions on the pitch

By udeharinze7 (self media writer) | 1 year ago

We'll be taking a look at 5 footballers that were infamous because of their actions on and off the pitch. 5. VINNIE JONES: Jones was known for his aggressiveness. It's rather no surprise as he played as a defensive midfielder. His aggressiveness in the pitch earned him the name" hard man" as his toughness often turned to violence and thuggery.

Vinnie Jones taking it out on an opposing player 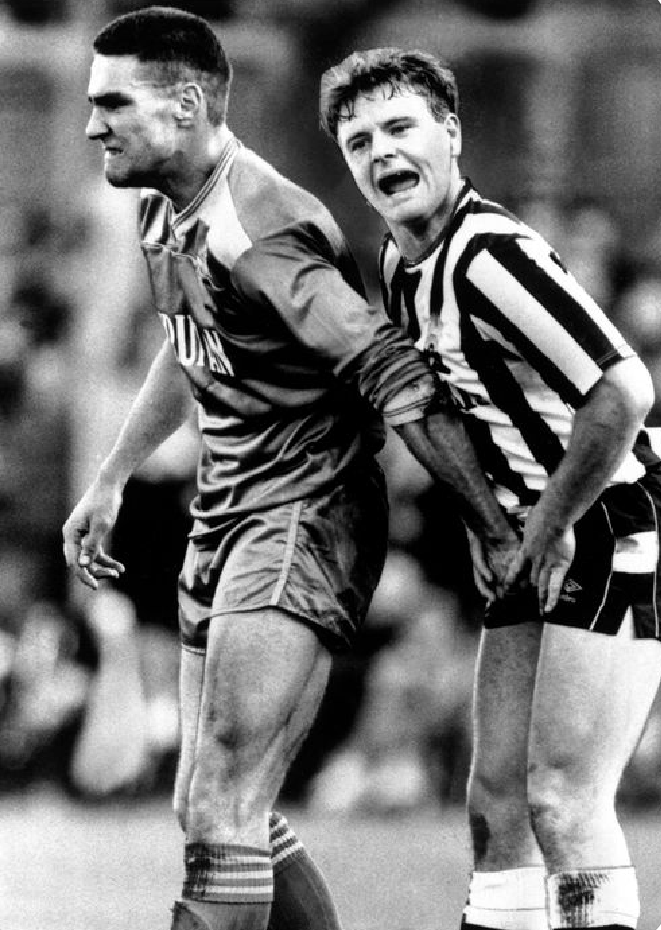 4. DIEGO COSTA: Costa was the sort of player fans liked because of his attitude towards the ball. However, his quarrelsome attitude towards other players even his teammates got him some sticks. He was known as "Chelsea's Mr. Angry" as he got lots of suspension. His attitude led to the uncordial relationship he had with Antonio Conte. That's not all, what about the day he attempted beating Steven Gerard and his training bust-up with a quiet guy like Oscar in the Chelsea squad.

Diego Costa on a confrontation with Zabaleta 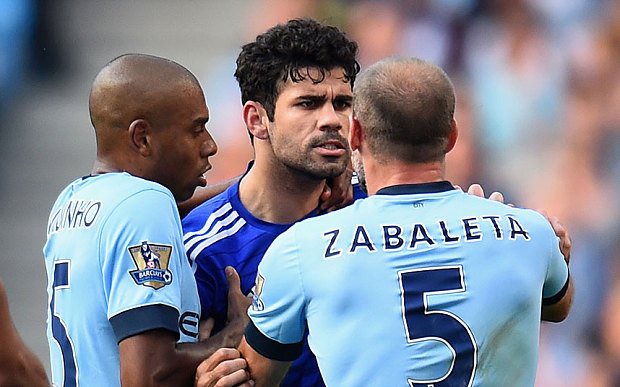 3. ERIC CANTONA: Eric CANTONA kick-started the fight against racism. He got involved in an incident on 25 January 1995 when he launched a kung-fu style kick into a group of spectators. He was sent off at Crystal Palace following his reaction to Matthew Simmons( Crystal Palace fan) racist taunts. His kung-fu kick was followed by a series of punches.

He got penalized for taking laws into his own hands. His club Manchester United giving him a four month ban which was extended to 8 by the English FA. He also got a 2-week jail sentence which was later reduced to 120 hours of community service.

Eric Cantona kicking against the fans 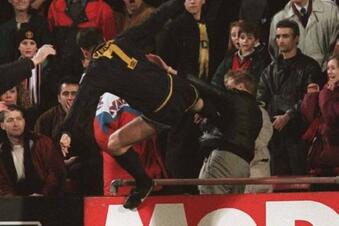 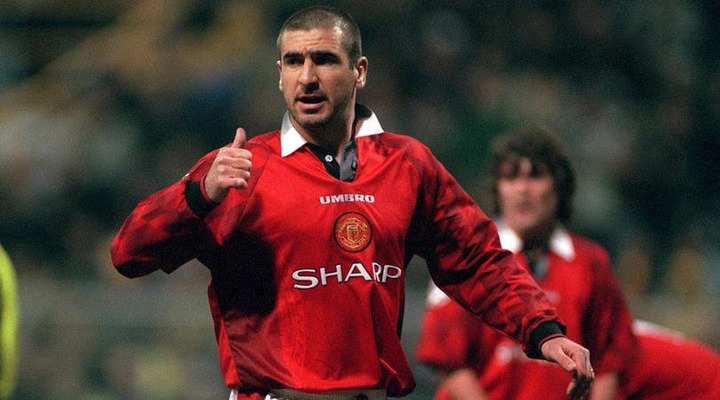 2. SERGIO RAMOS: During the 2018/19 Champions league final, Ramos intentionally hooked Mohammed Salah's arm and the Liverpool man having no control of himself landed awkwardly on his shoulders. This action antagonized Ramos as fans were infuriated by what he did. He was captured laughing and speaking to the linesman when Salah couldn't continue with the game and was leaving the pitch. 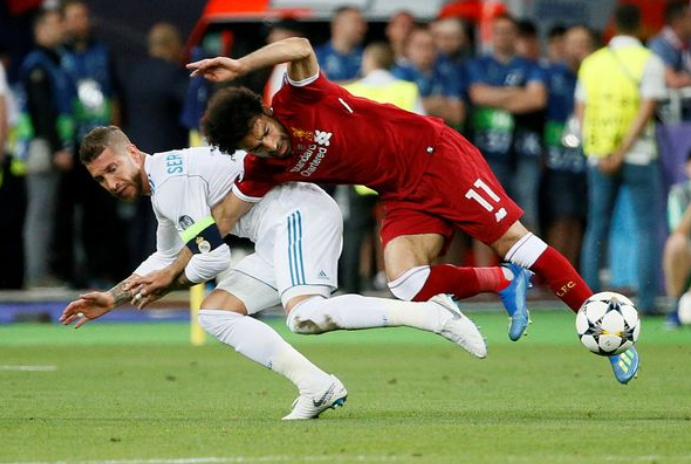 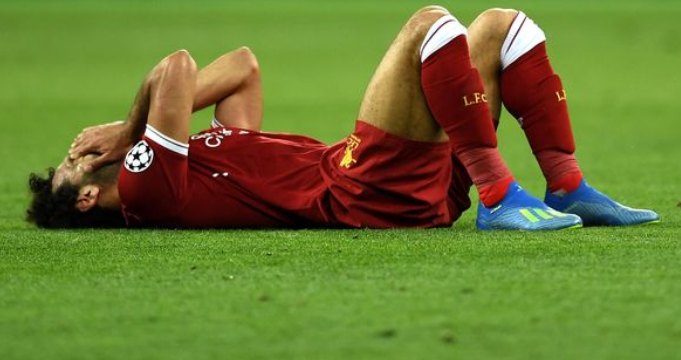 1. LUIS SUAREZ: Suarez is famous or rather infamous for his bitings. He bit Branislav Ivanovic during Liverpool's 2-2 draw with Chelsea in 2013. That wasn't the last as he got on another biting incident, this time, his victim was Giorgio Chellini during the world cup.

Suarez is notorious for his irresponsible display of kicking and punching players and also racially abusing some of them. He has bitten opposing players on three different occasions.

His attitude cost him a nomination for the 2014 ballon d'or awards. He has missed lots of games and cost his teams titles due to his behaviour. 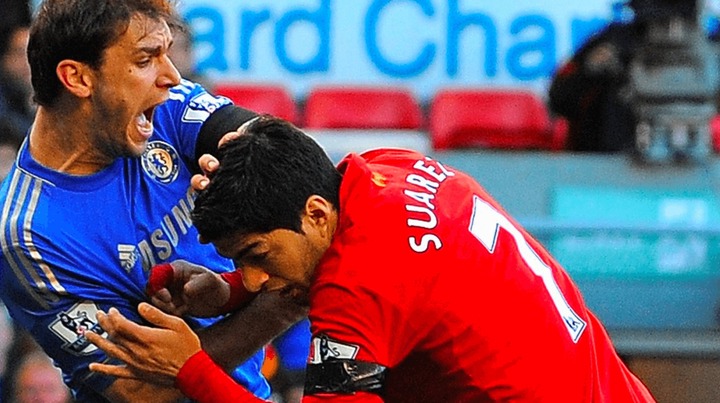 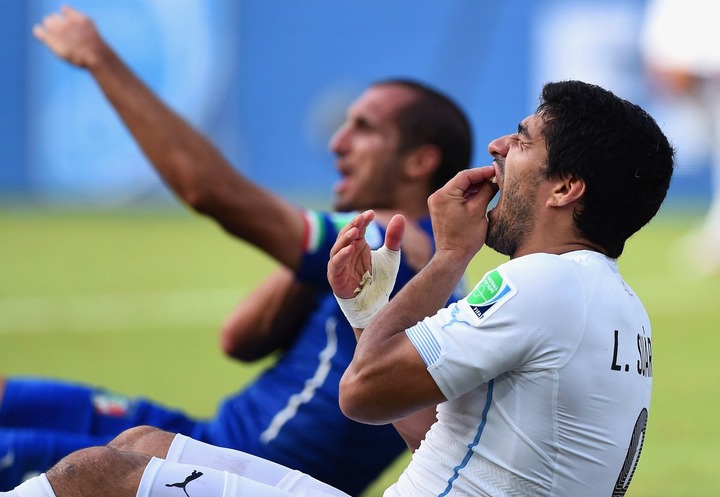 If you are yet to download the opera news app, go to Google playstores or Apple stores to download it now

Content created and supplied by: udeharinze7 (via Opera News )