At Leigh Sports Village, defending Champions, Chelsea Women visited with all sense of determination and focus knowing well that grabbing all 3 points was visible from the Red Devil women on Matchday 3. 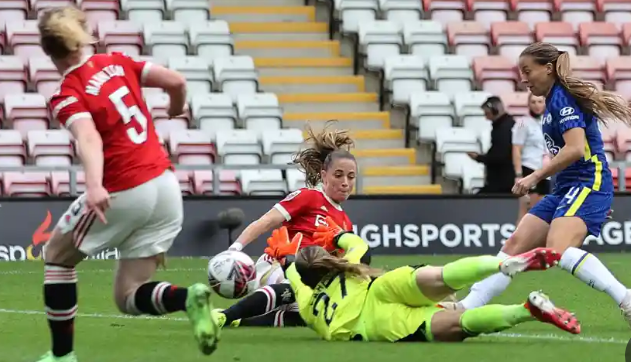 Chelsea's Kirby 2nd minute Strike first took away United Women's confidence as they fail to put themselves together from every department on the field of play. United Women's lack of composure helped Chelsea women grew their level of bullying and confidence even though they were the visiting side. 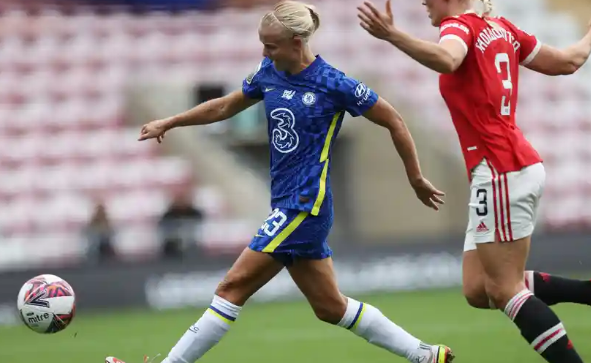 Just when United women were looking good for a come back, Pernille Harder's solo wonder goal from the counter attack in the 24th minute proved situation right that truly the organisation expected by the home Team was never inclusive in their plans as they lack the morale backing to fight back.

Defensively United failed woefully and they paid for it handsomely. Closing the defence from the midfield wasn't easy for United women, they exposed Goalie Erpes to all manner of assault from Chelsea's forward which the Coach couldn't just handle the situation until it went horrible for the home side. 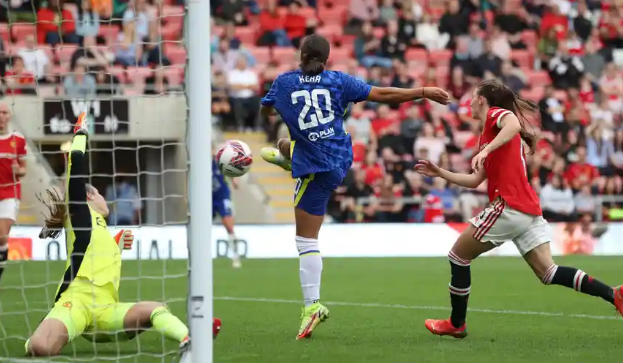 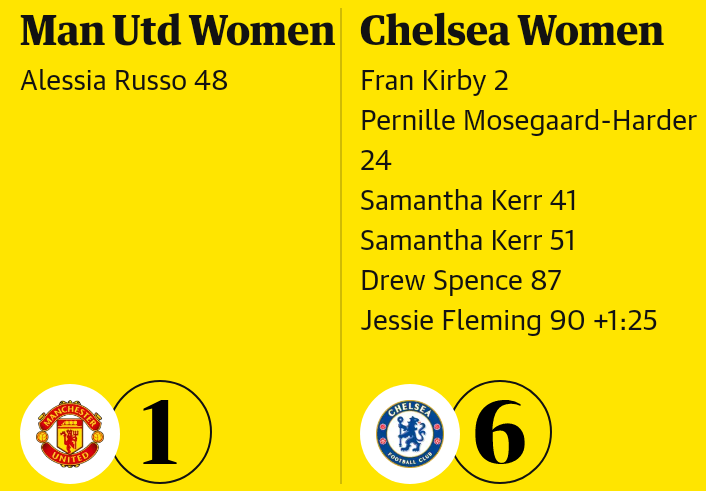 Spence and Fleming's strike made it 1-6 victory for the defending Champions as they returned with their last season's kind of belief which could further take them far in the League this season. 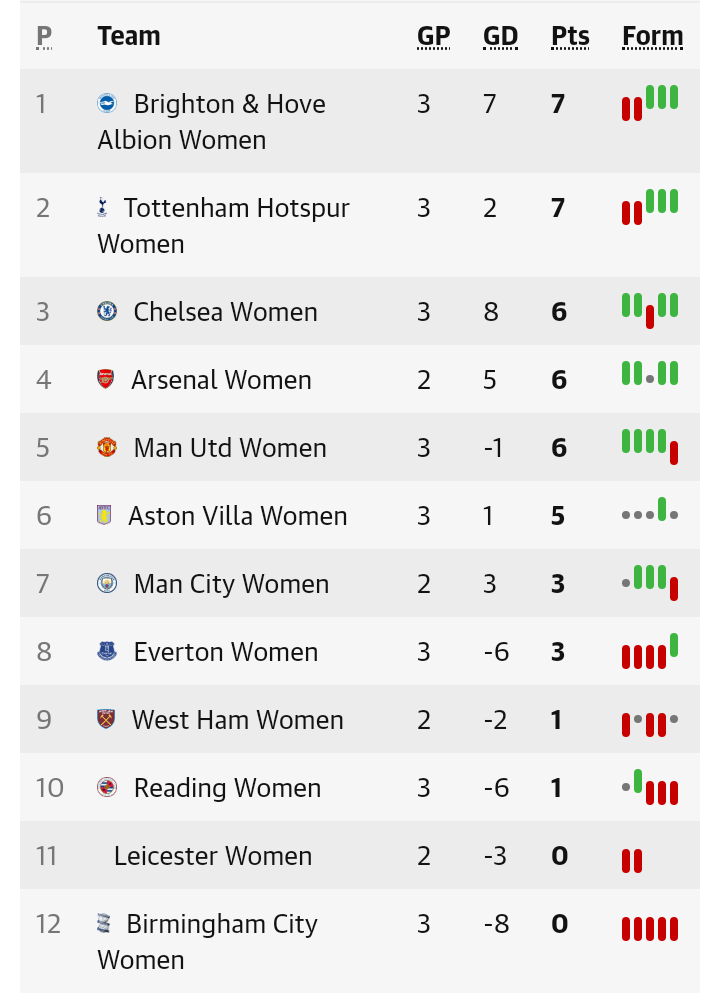 Chelsea women are now on the 3rd spot with 6 points after winning their last 2 games. Losing to Arsenal Women in their season's opening game has really helped them grow back their strength in different departments. Thumbs up to coach Hayes for a job well done. Do you see Chelsea women retaining the title? We will know with time. Follow for more women football stories.