Opinion: Why Ronaldo's Goal Stood Despite a Hand Ball By Greenwood.

Manchester United allowed Zapata's cross to reach to Illicic who slotted the ball past Manchester United goalkeeper David De Gea in the first half of the game. After the goal from Atalanta, the Red Devils were able to produce a good teamwork play to set up Cristiano Ronaldo's fourth goal of the season in the UEFA Champions League. 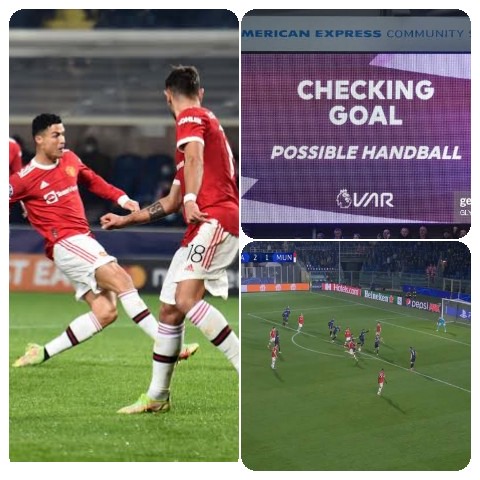 The second half kicked off with Atalanta pressing and dominating the game. They were able to take the lead after Manchester United captain Harry Maguire failed to maintain his offside trap and Zapata slotted the ball past the goalkeeper. VAR reviewed the goal and saw that Maguire kept Zapata in an onside position.

Just a few minutes to the final whistle, Cristiano Ronaldo produced a stunning outside-the-box finish to equalize the goal. Atalanta protested and asked VAR to check the gaol for a possible handball, it was checked, and the goal stood after a review from the Video Assistant Referee. 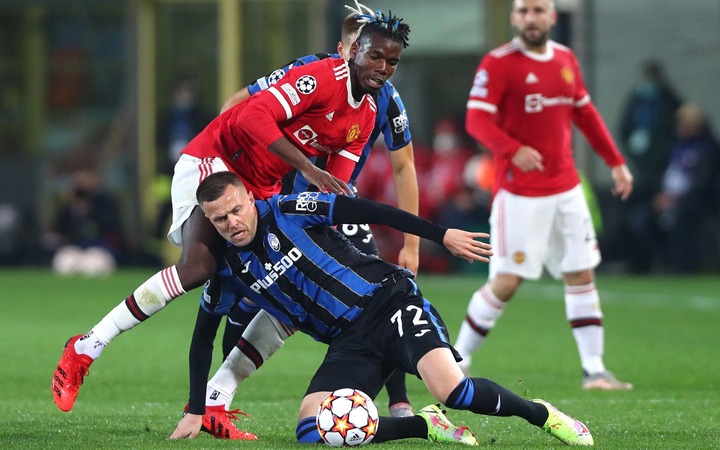 Having known these, here is a possible reason why the goal was awarded despite the ball touching Mason Greenwood's hand before Ronaldo scored.

Firstly, Greenwood's hand is in a natural position.

According to the Video Assistant role, when the ball hits an arm in a natural position, it's not termed a handball unless it's intentional. 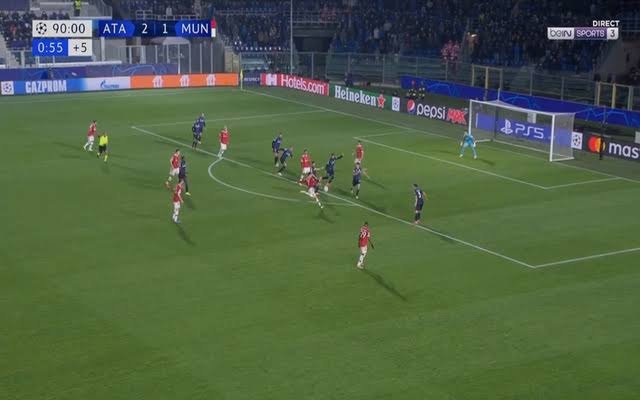 As you can see in the picture, Greenwood's arm is in a natural position and not an intentional handball. The Video Assistant Referee also considered the impact of the handball in the goal, but saw that the handball had nothing to do with a beautiful finish by Cristiano Ronaldo.