See How Fans Reacted to a Man United Fan Who Called The FA Cup an Ordinary Cup.(Photos)

Yesterday, the semi-finals of the English FA Cup were concluded, and we saw Chelsea progress to the final stage of the competition after outplaying Manchester United.

However, before the clash between the both sides, most people, including some Chelsea fans, predicted that the match would end in favour of the Red Devils.

But, unfortunately, the Blues proved them wrong, not just by winning the match, but also scoring up to 3 goals against a Man United side that has been very defensive lately.

And, with regards to Man United's disappointing result, majority of their fans were undoubtedly speechless and heartbroken.

Only some diehard fans still had the morale to talk.

For Example, the Man United fan who owns the twitter account in the image below. He had the morale to call the FA Cup an ordinary cup, just because Man United lost. 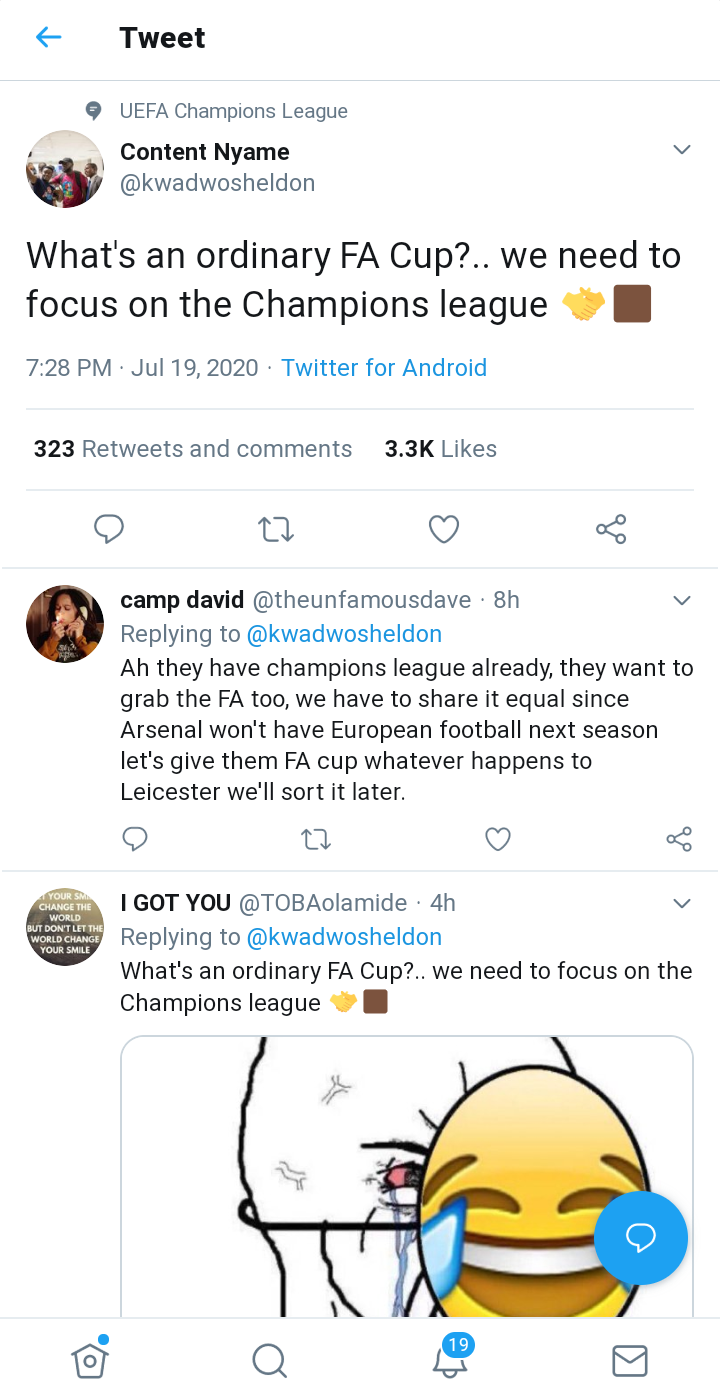 From the look of things, the owner of the account was obviously pained that they lost in the semi-finals.

Although, he is still very hopeful that they(Man United) can still qualify for Next year's Champions League.

Well, as a social media platform, a lot of people reacted to his statement.

See Some Of The Reactions Below>> Although, most of the people who reacted seemed to be Chelsea fans, many of them went as far as reminding him that have little hopes of qualifying for the UCL next year. 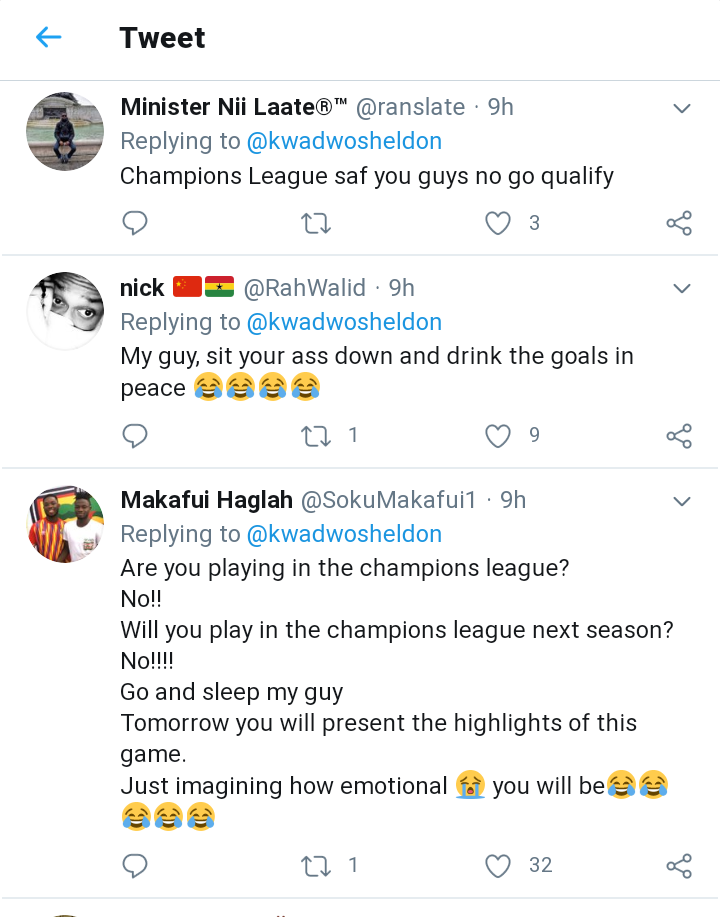 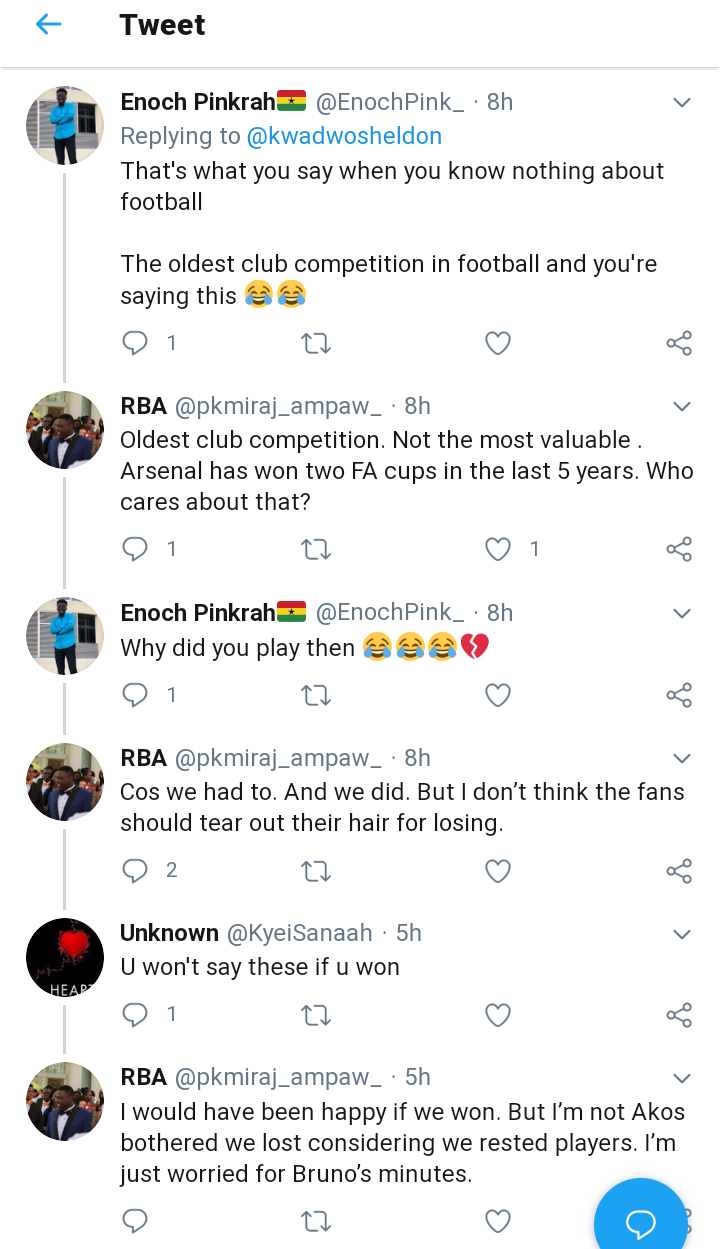 Some other people made him to know that the FA Cup which he is calling Ordinary, is the oldest competition in England. 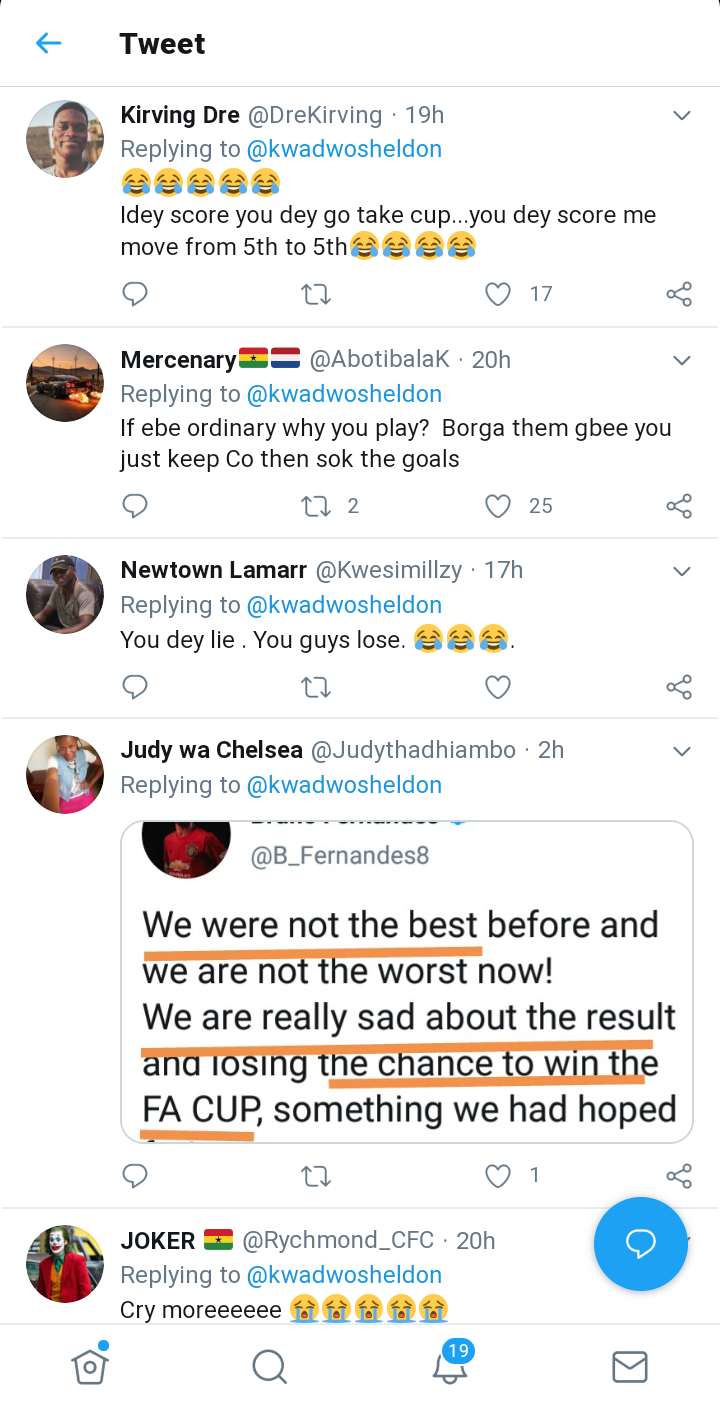 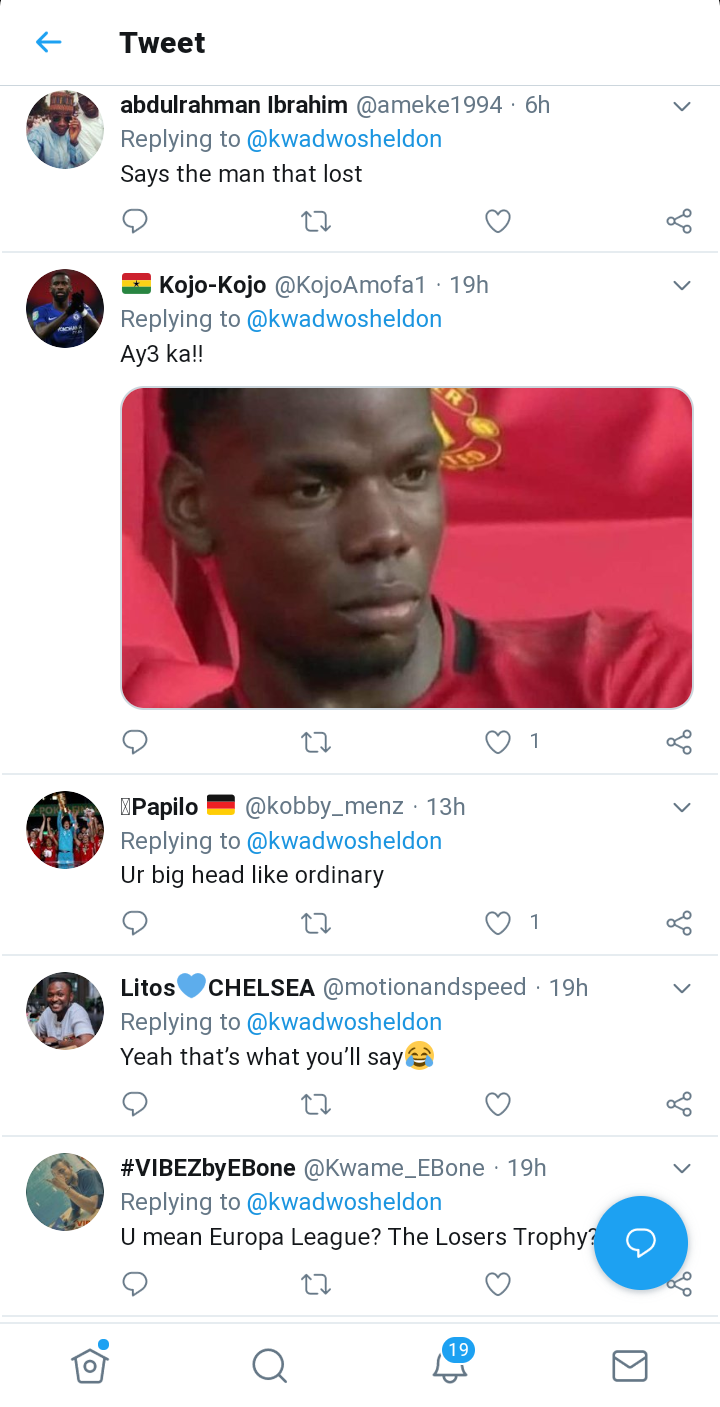 However, some other twitter users laughed at his 'joke' knowing fully well that it is as a result of Man United's loss. What do you think about this twitter user calling the FA Cup an Ordinary Cup?

Do you think he is just pained that Man United crashed out in the semi-finals of the competition, or is the FA Cup really an Ordinary Cup?