Round 7 of the 2021/22 English Premier League season has produced some fantastic results so far with loads of goals to enjoy. Saturday's fixtures started off with a 1-1 draw at Old Trafford between Manchester United and Everton; Chelsea beat 10-man Southampton at Stamford Bridge; Norwich got their first point of the season with a stalemate at Burnley; Wolves got their second win on the bounce; while Brighton and Arsenal shared the spoils in the late kick off game. 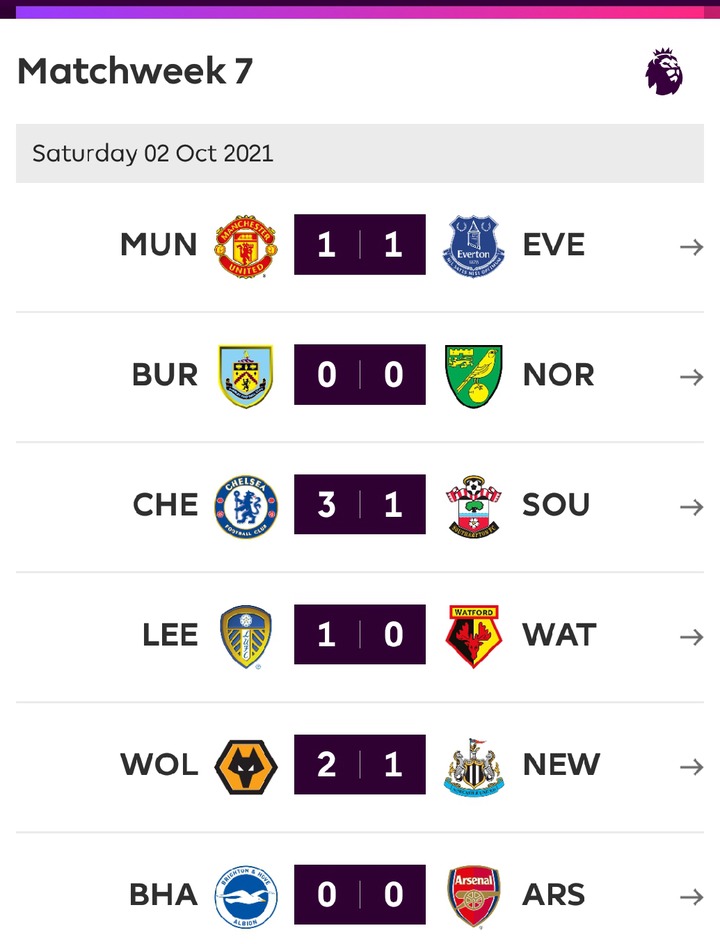 Chelsea climbed to the top of the log with their victory against Southampton. Liverpool drop to second although they have a game in hand with Manchester City (to take place on Sunday). Manchester United sit in third place but could be pushed further down the table depending on the results from Sunday's fixtures. Arsenal retained their place in the top half. 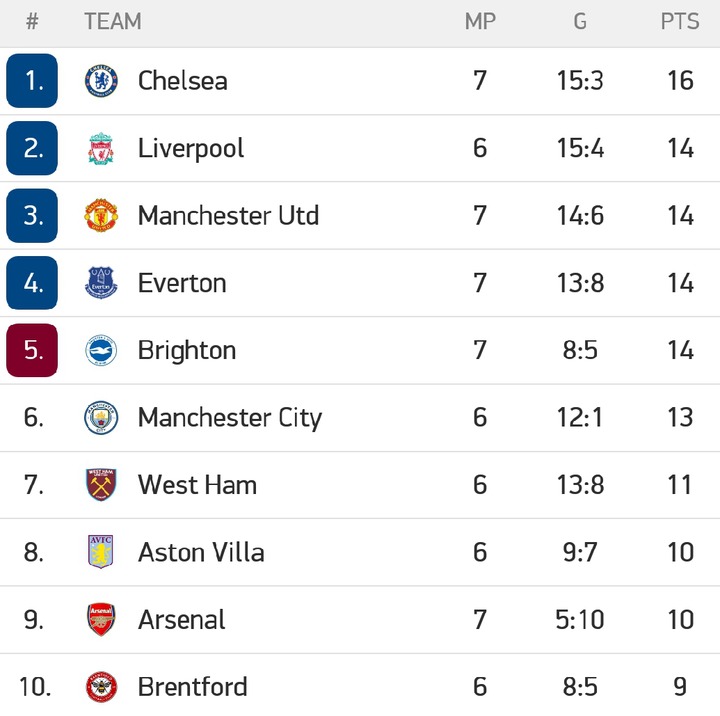 In the bottom half, Wolves climbed to 11th on the log with 9 points to their name. Tottenham Hotspur and Leicester City both dropped to 12th and 13th respectively, Burnley dropped into the last three, while Leeds United moved out of the relegation zone with their win over Watford today. 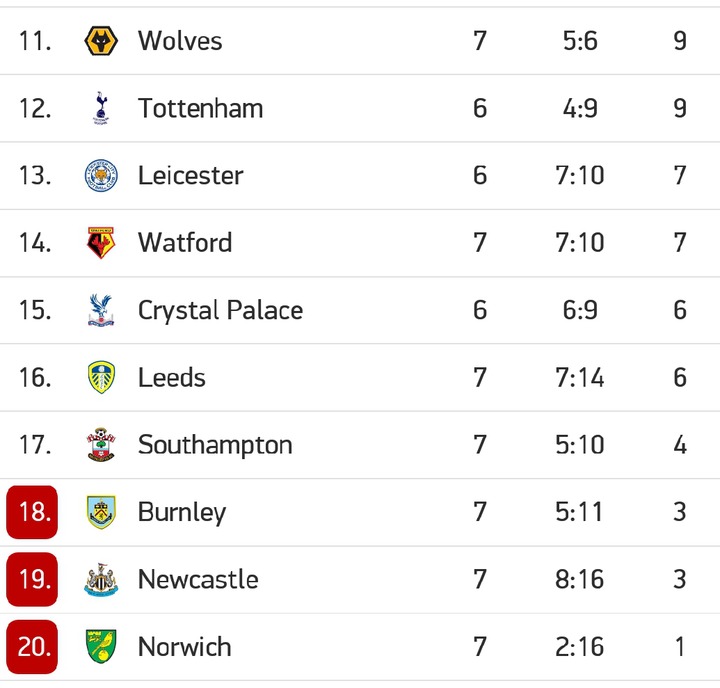 The Premier League golden glove race is getting more interesting as goalkeepers have been sweeping up the clean sheets so far. Arsenal's Aaron Ramsdale and Brighton's Robert Sánchez both recorded clean sheets today in the goalless draw at Amex Stadium. They now have three shutouts each but still trail Liverpool's Alisson (4 clean sheets) and Manchester City's Ederson (5 clean sheets) at the top of the chart. 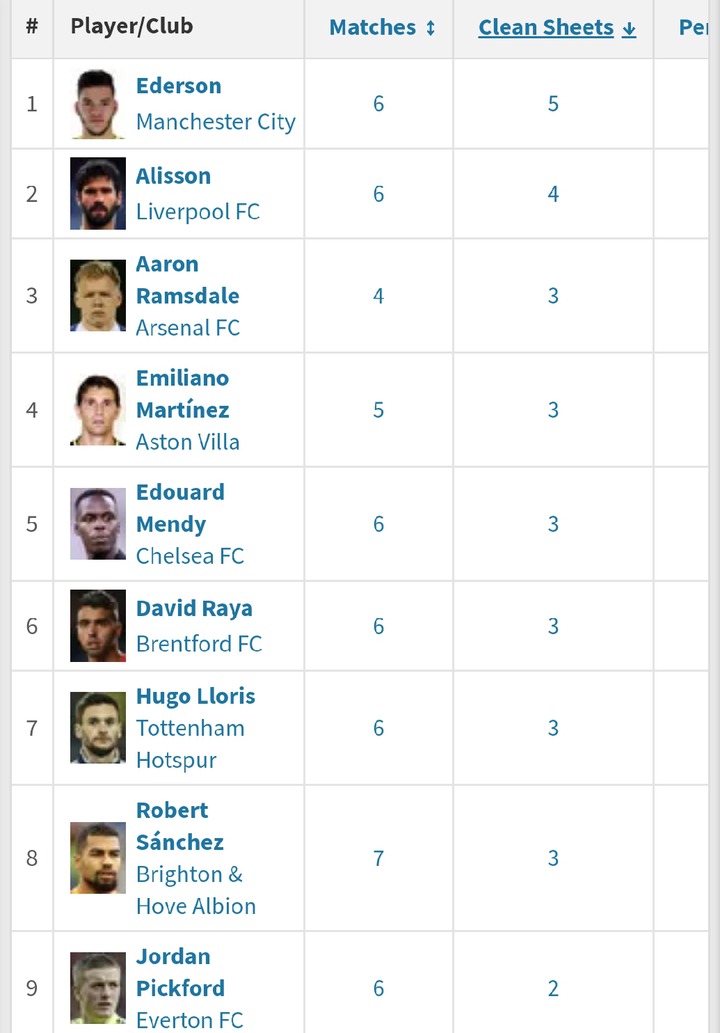 Michail Antonio (West Ham), Mohamed Salah (Liverpool) and Jamie Vardy (Leicester City) are all joint top scorers so far this season with 5 goals each to their names. Neal Maupay (Brighton) and Ismaila Sarr (Watford) are both behind them on 4 goals each, while Said Benrahma (West Ham) and Dominic Calvert Lewin (Everton) both have 3 goals. 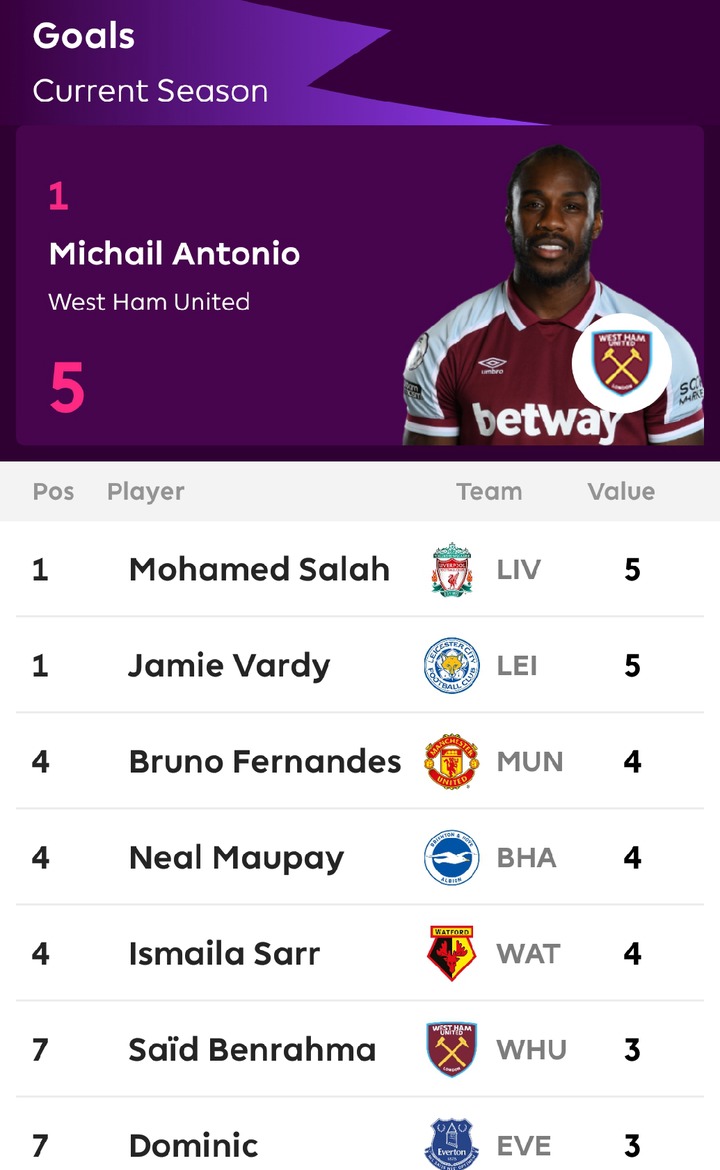 No player in the English top-flight has been able to keep up with Paul Pogba's outrageous stats in assists this term. The French midfield maestro has 7 assists in as many appearances for Manchester United this season. He is followed by his compatriot Abdoulaye Doucoure (Everton) who increased his tally with an assist against United today. Behind them are Michail Antonio (West Ham), Gabriel Jesus (Manchester City) Matteo Kovacic (Chelsea) and Allan Saint Maximin, all on 3 assists each. 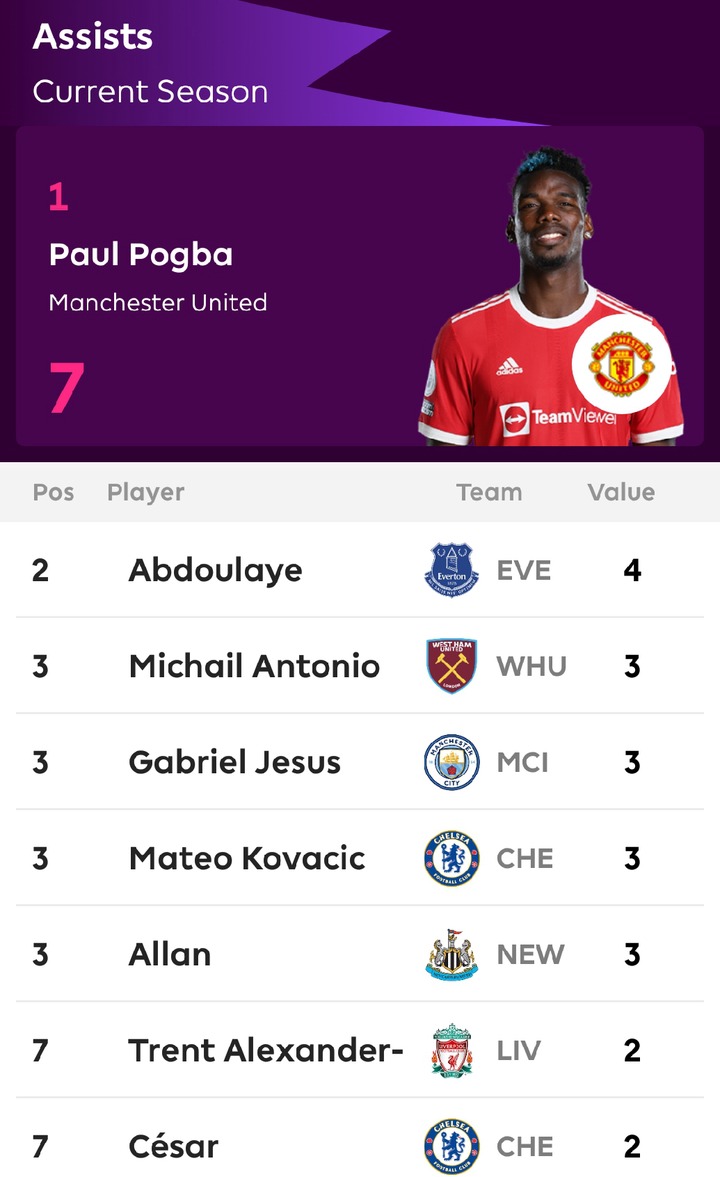 The EPL table, clean sheet standings, goalscorer and assists charts are all subject to change depending on the results from the remaining match day fixtures that will take place on Sunday.