By Ernyfred (self media writer) | 16 days ago

The London-based club Chelsea is known to be one of the best clubs in Europe and plays in the English Premier League which is one of Europe's most competitive domestic football leagues. 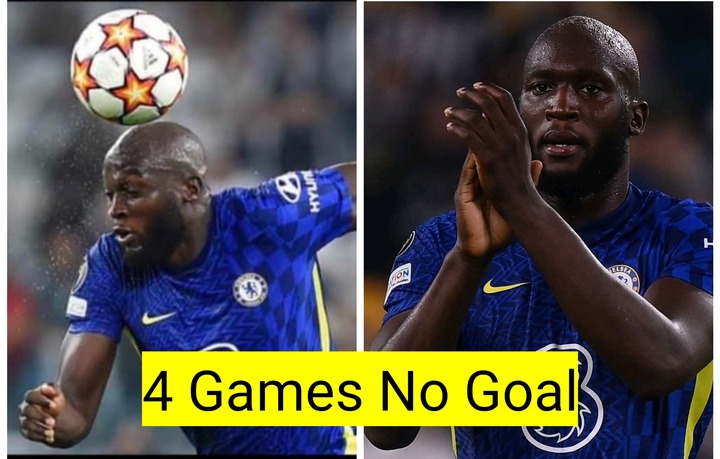 Apart from being one of the best clubs in the English Premier League, Chelsea FC also has a reputation for having some of the league's best players and the list includes the 28-year-old Belgian striker Romelu Lukaku who has failed to score in his last four games for The Blues.

Lukaku is considered to be one of the best strikers in Europe and holds the record for being Belgium's national football team's highest goalscorer of all time. Since Chelsea signed Lukaku from the Italian Serie A club Inter Milan, the Belgian striker has scored four goals in eight appearances for the English club.

Despite his impressive start to the season, Romelu Lukaku has now failed to score in his last four matches for Chelsea. His last goal for the club was scored in Chelsea's 1-0 UCL win over Zenit Saint Petersburg. Despite Lukaku's 4-game goal drought, Chelsea's stat in their recent matches shows that the Belgian striker is not entirely at fault for his recent poor form. A major reason why Chelsea has recently created lesser goalscoring chances against opponents is that they lost two of their best creative players Mason Mount and Reece James to injuries.

The two English football stars might need to return for Lukaku to find his goalscoring form for Chelsea once again.