Any passionate Chelsea fan will still remember Xavier Mbuyamba, the then 18 years old defender who joined Chelsea on a free transfer deal in the last summer transfer window. He was hailed by the media as the new Virgil van Dijk due to his similar physical attributes to the Liverpool centre-back which made him popular among the Chelsea fan base. 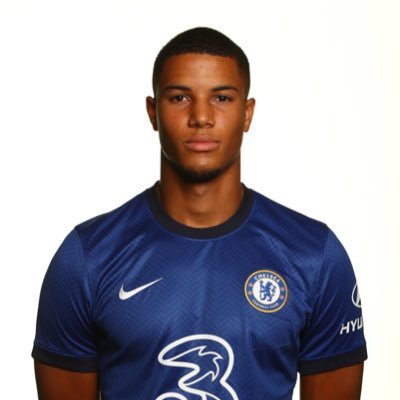 Xavier Mbuyamba started his youth career with Dutch club MVV Maastricht. Chelsea scouted him from a very young age but a transfer ban prevented them from signing him when he reached the legally required age of 16. He joined Barcelona but things didn't work out as planned and his contract was terminated, paving the way for Chelsea to sign him on a 3 years contract.

When he signed for Chelsea, It was expected that Xavier Mbuyamba plays for the club development side while also training with the first team but he got an injury that has kept him on the sideline for the past 8 months.

After overcoming his injury setback, Xavier Mbuyamba was added to the Chelsea squad last night for the club Under-23 game against Southampton. He came from the bench to make his first-ever appearance for Chelsea in the 66th minute of the game and he scored his first goal for the club on his debut. 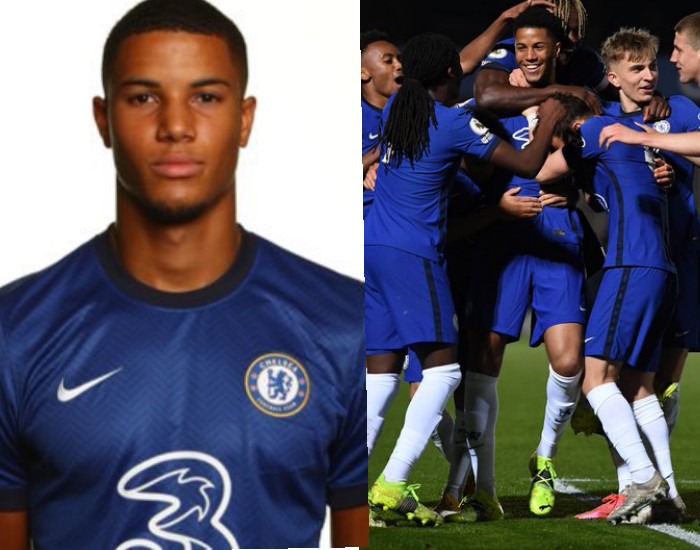 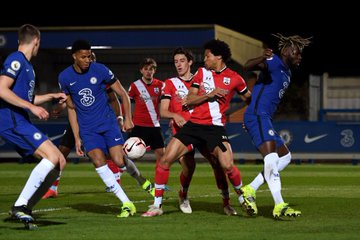 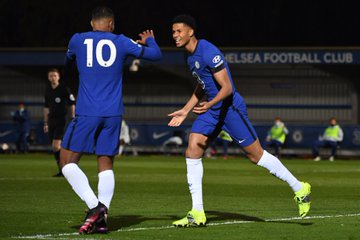 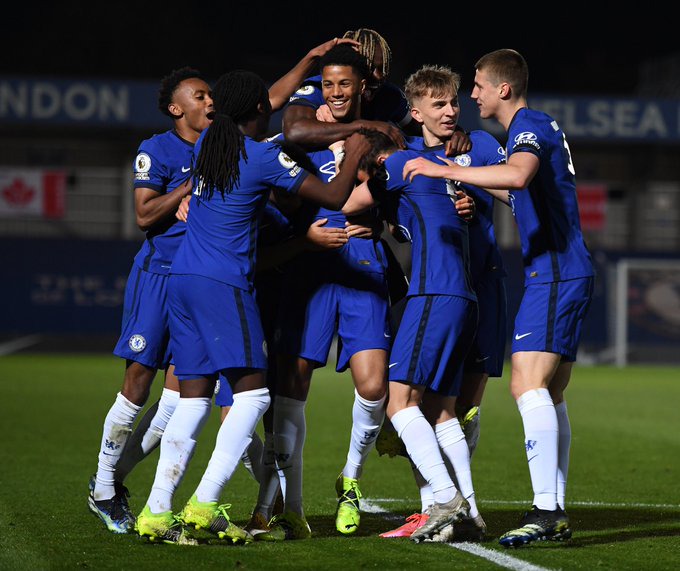 Xavier Mbuyamba goal was Chelsea third goal of the night and it helped the Under-23 team to a 3-1 win over their Southampton counterparts. 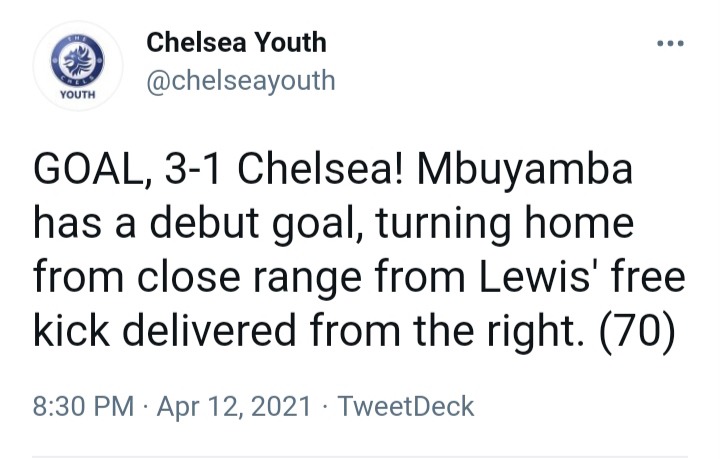 Xavier Mbuyamba took to his official social media page to celebrate his debut goal after the game. 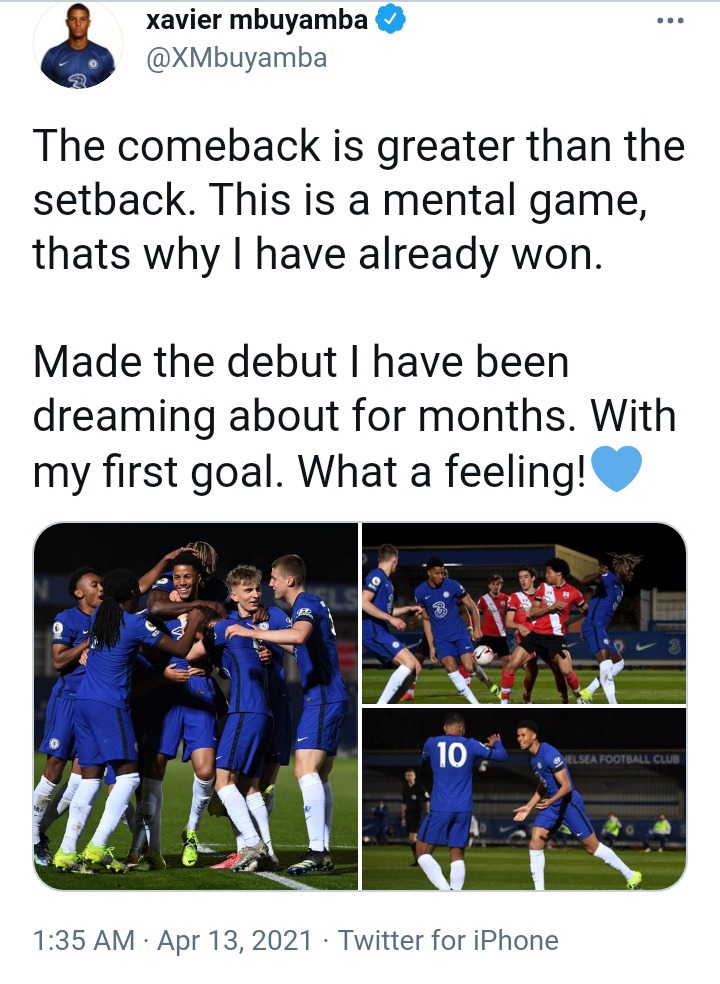 Chelsea fans will hope this is the first of many appearances and goals for the 19 years old centre-back.

Kanu's Wife Stuns In Arsenal Jersey With Him, Says, It's A Good Day When Arsenal Beats Chelsea