LEAVE OUR CLUB...HE SHOULD BE DROPPED... Man Utd fans come after their star player after FA Cup loss

The beautiful game of football as we all know is filled with so much emotions, to the the extent that most of the people involved, especially fans tend to do away with logical reasoning and embrace more of their emotions. 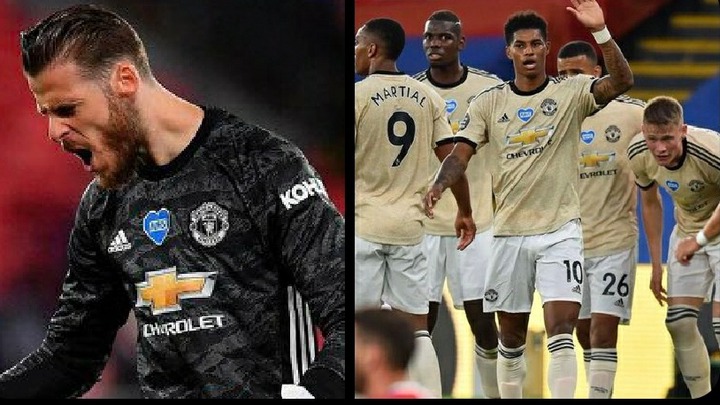 Such is the case at Manchester United, as most fans are already riled up against one of their most trusted stewards over the years now, in the person of David de Gea.

For a couple of years now that the club has been going through a rebuilding process, one of the players that has been outstanding is de Gea, who at some point saved the team from some very embarrassing positions.

But tonight, due to some poor decisions/ reflexes during their FA Cup semi-final loss to Chelsea, most Manchester United fans have started calling for him to leave the club, citing the fact that he has created a legacy at the club and with such poor performances, he could destroy all that he has built over the years. Some others suggested that he should be dropped in subsequent matches, 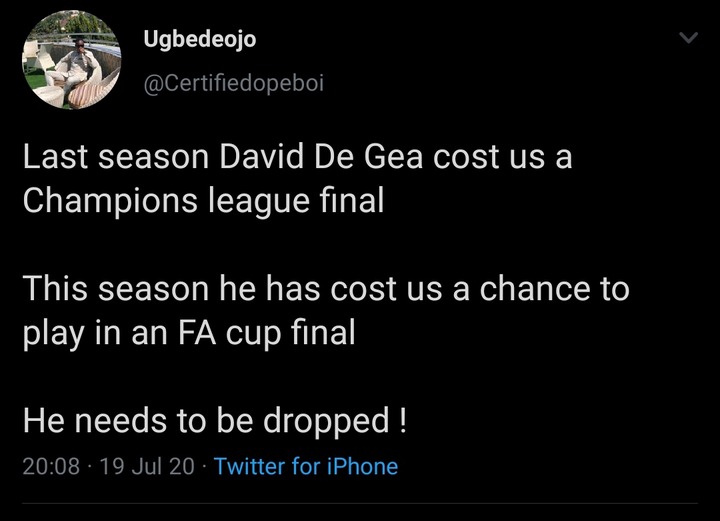 where as others made some very funny jokes and comments about him. Below are some comments made by some Man Utd fans against their star goal keeper. Let's hear your own opinion in the comment box, is de Gea to blame for the loss? does he deserve being asked to leave the club? Do you think he should be dropped?