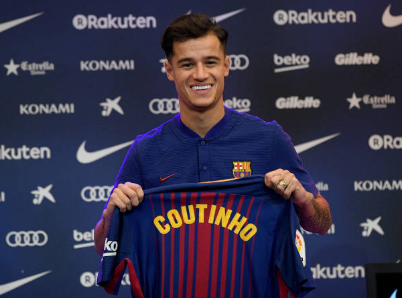 When a club invests into signing a player sometimes it works out and others flop. Here are the top 20 worst signings in the last 20 years. 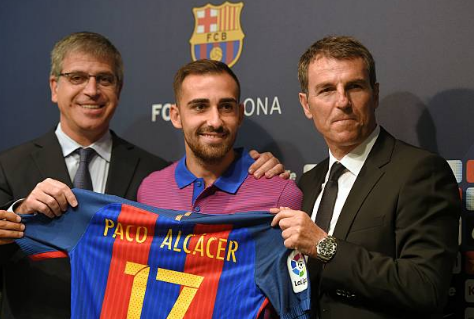 The Spanish striker who gained prominence while at Valencia was signed by Barcelona to compliment the goals of star striker, Luis Suarez.

That wasn't the case, as Alcacer struggled to start games while at the Catalan club. While at Barcelona, 22 of his 37 La Liga appearances were off the bench. However, he was able to score 10 league goals while at the club. He would go on to move to Borussia Dortmund on loan. 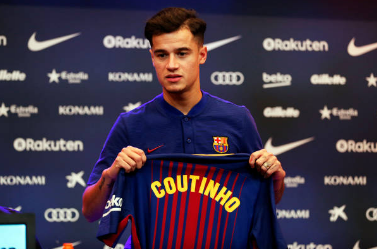 Another Barcelona flop. It is indeed a huge wonder for the Brazilian midfielder who forced a move away from Liverpool, who seemed keen to keep him, as he seemed to be a very part of Jürgen Klopp's plans.

His move to Barcelona however saw him under immense pressure to deliver, as many saw him as a replacement to Andres Iniesta. Although he had a good start while at the club, he would however see himself struggle for form and goals, and slowly began to lose the faith of the fans, many of whom had a lot of expectations for him. 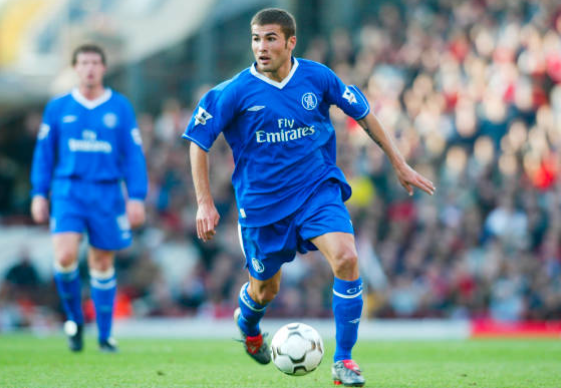 The former Romanian international moved to Chelsea from Parma and struggled to deliver the form which he was known and feared for. His time at Chelsea ended up being a waste, as he was banned for failing a drug test, and was also sued by Chelsea, who felt that he owed them for not delivering on his contract.

A bust, on and off the pitch. 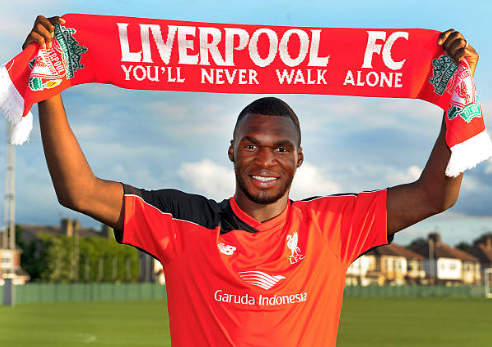 The Belgian striker moved to Liverpool from Aston Villa, under former Liverpool manager, Brendan Rodgers, who brought him in as a solution to Liverpool's goal-scoring troubles.

Asides his bicycle kick against Manchester United (which Liverpool still ended up losing), he never really did endear himself to the hearts of the fans, as his playing style didn't really suit the Liverpool pattern. He would however be sold to Crystal Palace for a fee close to how much Liverpool paid for him. 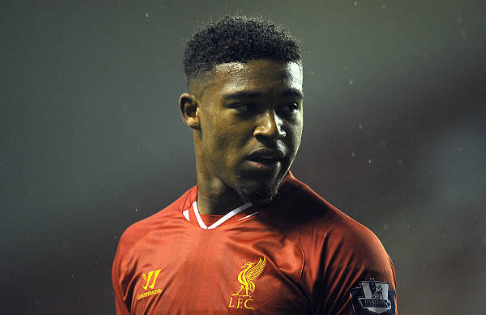 When Liverpool sold him to Bournemouth, many thought it ridiculous, as he was young and seemed to have the talent to break into the Liverpool team. However, considering the team was being rebuilt and he wouldn't have had much playing time, it was quite okay.

He has however failed to live up to the billing at Bournemouth, struggling for game time this season at the cherries, even though the team has been ravaged with so many injuries this season. Indeed a major worry would be the fact that he's set to be released by the club.

Guess the "buyback clause" Liverpool inserted in his contract won't be activated after all. 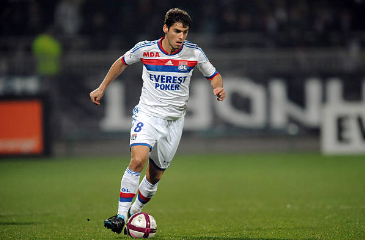 The former French international moved to Lyon from Bordeaux for €22m in 2010. It was a huge move, but he didn't have a good first season, scoring only three goals in his debut season. Gourcuff missed over 90 games due to injury in his five years at Lyon, 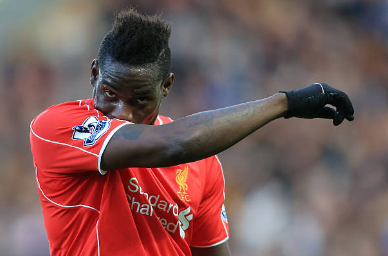 The former Manchester City man moved back to England again, this time to Liverpool, and under Brendan Rodgers. A controversial signing, as some quarters, state that Rodgers didn't want him. however, Liverpool signed him.

Balotelli didn't have a fantastic time at the club, as he couldn't even hit double figures during his time at the club, despite being brought in as one of the many replacements for Luis Suarez who had been sold in the summer. 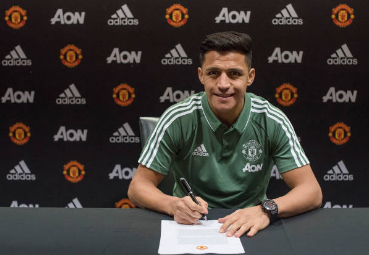 When the Chilean was bought by the Manchester club, many fans were jealous, and Manchester United were excited, as the Chilean had shown so much quality while at Arsenal, with his amazing performances and goals.

One of the highest-paid players at the club (and in the league), Sanchez failed woefully, as he struggled for fitness, form, and then game time. For a player who scored almost 20 goals in a season for Arsenal, his Manchester United career hasn't seen him hit half of that height.

Guess the piano was the problem, maybe? 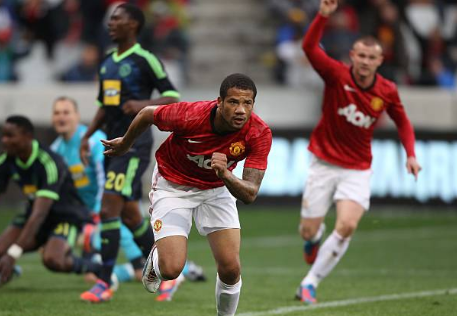 The former Portugal international was signed by legendary Manchester United manager, Sir Alex Ferguson. He would however go on on to be one of the worst signings in Manchester United history, as many failed to see what exactly made Sir Alex sign him in the first place.

Not even a one-hit-wonder. 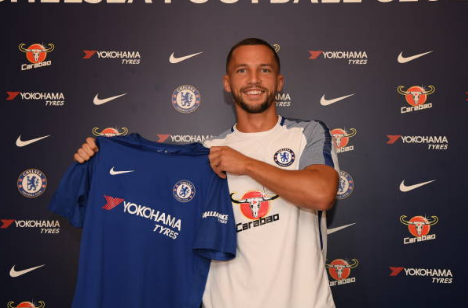 The former Leicester City man moved to Chelsea for almost 35 million pounds and many thought he would strike the partnership which he had with Ngolo Kanye at Chelsea.

He couldn't find his feet at the club, however, not making up to thirty appearances at the club in almost 3 years. He moved to Burnley on loan and still had his contract terminated. 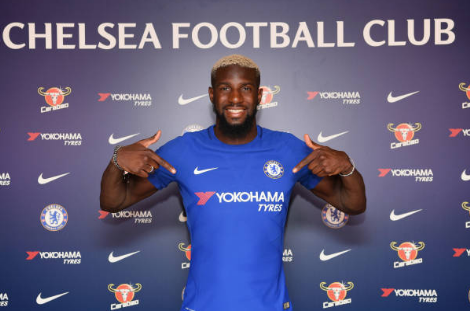 The French midfielder was one that seemed destined for a lot of great things after his performance for Monaco, as they won the Ligue 1.

He moved to Chelsea the next season, under Antonio Conte, and he failed to live up to the billing, which has seen him loaned out twice. 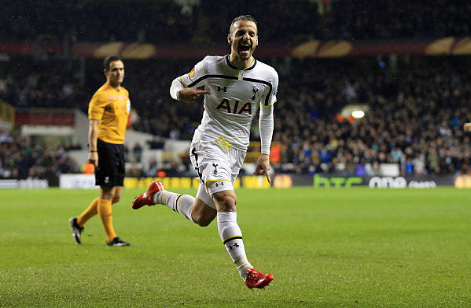 The former Spanish striker moved to Tottenham from Valencia and struggled to find his feet while at the English club. One of the most feared strikers before his move, moving to Tottenham saw him become "ordinary", as he failed to hit the ground running and scored mostly penalties, earning him the name "pendaldo".

He would later be upstaged by Harry Kane. 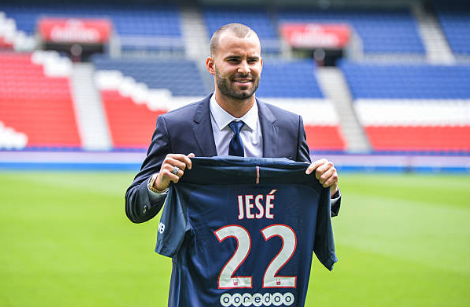 The former Real Madrid man left for the French club, PSG, in a very fascinating move. However, he failed to live up to the initial hype around him and was loaned to Stoke City. At Stoke City, he still flopped massively and had another spell at Las Palmas. 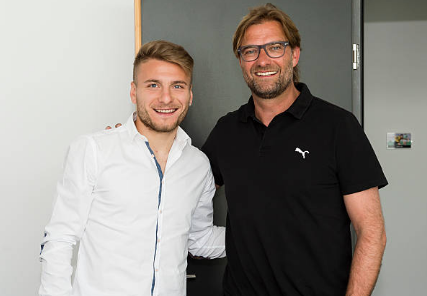 The Italian was signed by Jürgen Klopp as a replacement for Robert Lewandoski who had moved to Bayern Munich. Despite his hot form in Italy, he was unable to replicate that form in Germany and was later sent on loan, before being sold back to Italy, where he has found his feet again. 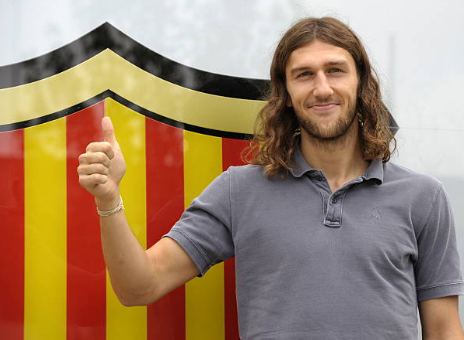 The Ukrainian was what one might call a "spur of the moment signing" by Pep Guardiola. His time at Barcelona however, saw him make just 14 appearances in all competitions for Barcelona before returning to Shakhtar Donetsk at the end of the season.

He did win a title while at the club, but never exactly impressed. 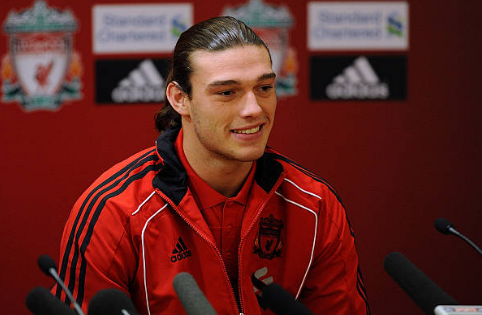 Signed by Kenny Dalglish in January, many thought the big man would at least replicate his "form" at Newcastle. His time at the club was however less memorable, as he was ravaged with injuries, and struggled for game time under Brendan Rodgers before being sold.

His biggest highlight, however, might have been his goal against Manchester City at Anfield. 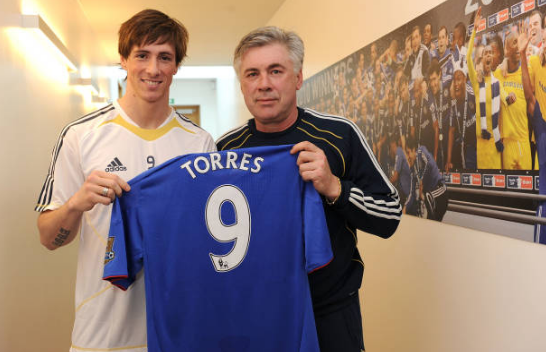 A bit controversial, but the Spaniard never got himself back after his move to Chelsea. He immensely struggled for form while at the club, and never found it easy to hit the back of the net.

Many Chelsea fans would however be grateful for his goal against Barcelona that saw Chelsea seal a place in the champions league final. 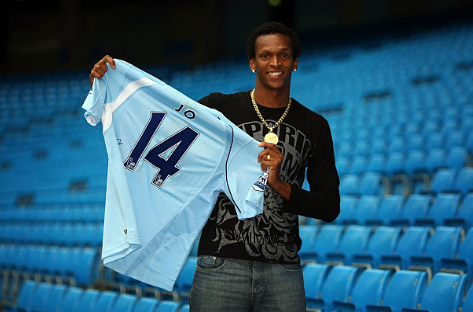 The Brazilian was signed as one of the major statements by the Manchester City owners to show intent. However, Jo never did much at the club, scoring just once in 21 Premier League appearances for Manchester City before moving to Everton on loan.

While at Goodison Park, he scored five times for the Toffees before returning to his home country in 2011. 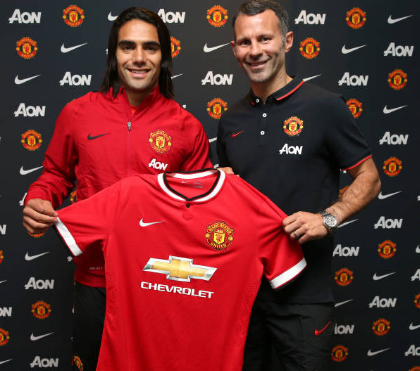 The once-feared striker had no answers for the Premier League, as he wasn't a threat to any defense during his time in England. He first moved to Manchester United on loan for a year, but failed to impress, with a horrible spell at the club. He then signed for Chelsea and also found it hard to impress at the Blues, giving below-par performances for the London side. 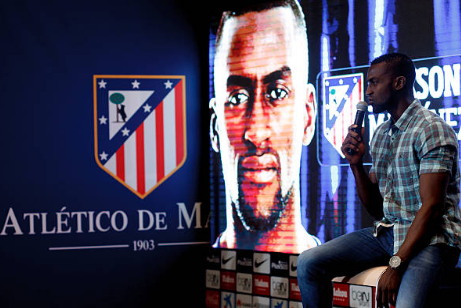 The Colombian was highly rated and had stiff competition for his signature before he settled for Atletico Madrid. His time at the Spanish club was however less captivating, as he struggled for form, and goals before he was later sold a few months after signing for the Spanish club.

One hit wonder at his best.

These are the worst 20 signings in the last 20 years, is any missing? leave your thoughts in the comments.