Top 10 richest footballers in the world in 2020

By Vocksedits (self meida writer) | 7 months 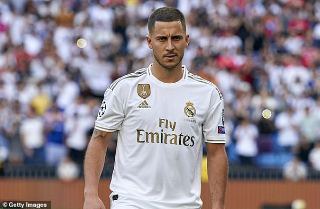 The 29 year old is a professional footballer from Belgium. He plays either as a winger or an attacking midfielder for Real Madrid (Spain). When back at home, he captains for the Belgium National team.

Hazard began playing for his hometown club at the age of four. A short while later, a scout from Lille OSC noticed his talent and offered him a contract.

Despite his young age, Hazard is considered to be one of the best in the world. Even though he might not be the wealthiest player in the world yet, he has enough time in his career to catch up with the owner of his tittle

The retired veteran, 79, has his own share of the fame and fortune. Having retired many years ago, he is still on the list of the top ten richest players in the world. Regarded widely as one of the most outstanding players of all time, the superb forward has scored an impressive collection 1,279 goals in 1,363 appearances. A Guinness World Record.

If we look into Italian football history, we will see that Totti is listed as the second best scorer of all time. In his club, he is the top goalscorer with many unbeaten records under his belt.

As one of the most accomplished Italian players of all time, Francesco Totti is also one of the top ten wealthiest players in the world.

Having spent his entire career in Roma, the man earned a pretty good fortune. Back in 2007, Totti retired from International football and in 2017, he rounded up his career. Nevertheless, he is still regarded as one of the top players on the planet.

Gareth Bale, 30, is a professional footballer from Wales, Bale is well known not only for his dazzling striking from a distance or for his outstanding physical abilities, he is also famous for being one of those who are dubbed as the richest footballers in the world in 2020

Bale debuted at Southampton back in 2006 and then moved to Tottenham. In 2013,he was Transferred to Real Madrid (Spain) and appeared on ESPN's list of the most famous athletes in the world in 2016

This player is unique because he has won every possible tittle and award in English and European Football. He is loved by his fans and always perfoms incredibly on the field. He spent most of his career in England, but he transferred to American club, D.C United in Washington in 2018

Alexandre Pato commonly known as just Pato, the Brazilian football star, 30 is already on the list of the top ten richest footballers in the world. He has not only caught up with older renowned players like Pele, but also surpassed them with his net worth.

The fourth wealthiest player in the world, Whelan 83, retired many years ago. His prosperity nevertheless keeps flourishing in spite of the end of his career. Following an injury, he ended up his career as a player and concentrated on club ownership and his chain of super markets. 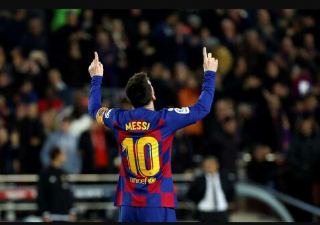 This unbelievable Argentinian is another richest footballer in 2020. The captain of the Barcelona team is terrific on the pitch.

Lionel Messi is also a six times winner of the FIFA Ballon d'Or award. Besides that, he has been awarded many impressive titles including the World Cup golden ball, five European Golden shoes titles, many other FIFA and UEFA awards.

This glorious farmer footballer, 44, is still the second richest footballer in the world. His career lasted for 20 years within which Beckam won 19 significant trophies.

David Beckam is the first English footballer to obtain league tittles in 4 countries: England, Spain, France and the United States.

So who is the richest footballer in the world ?

He is quite famous and influential. Over 203 million people follow Cristiano Ronaldo on Instagram. He has sponsored deals with Nike,LTE,KFC, Samsung and many others.

The list of Ronaldo's awards is incredible. The richest footballer in the world has won 5 Ballon d'Or award, many best player awards by UEFA and FIFA, 4 golden boots and a lot of other prestigious prizes. He currently plays for the Juventus team.

Content created and supplied by: Vocksedits (via Opera News )