By FrancisWrites (self meida writer) | 9 days

The Champions League is arguably one of the most competitive leagues in football history as it's a competition between the top and best teams from different leagues, hence, the Champion from all the Leagues will be determined. As it is known, the number of goals scored by each club will be what will determine the winner, that is, the number of victories recorded, and this will be determined by the players of each club. Thus, this means that the number of goals each player has recorded in the Champions League has been recorded, and we can always point them out. However, considering the ongoing competition, some players have recorded more goals, and thus, there is an update to the list.

Hence, we will be seeing the current Top 10 players with the highest number of goals recorded in Champions League history; that is, all players with most goals scored since the beginning of the competition.

See the names of the players below and their respective goals:

Benzema was initially the 5th player on the list, but after he scored for Real Madrid in the last match played against Chelsea, he added to his number of goals and became the 4th player with the most goals scored alongside Raul.

Check the picture below to see a better representation of the fact, including the number of games played for the players to achieve their respective goals: 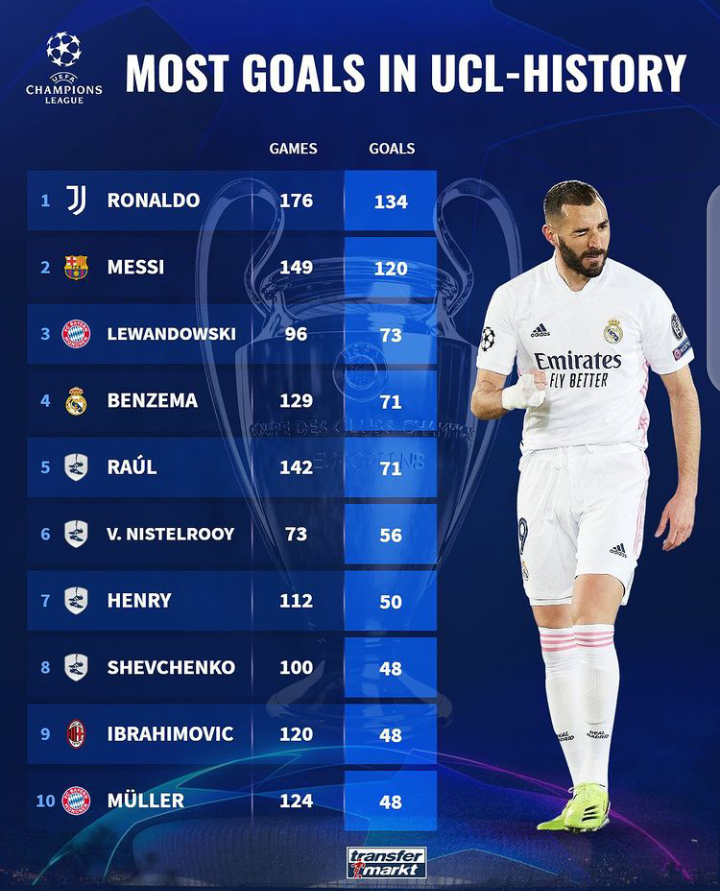 Which of these players do you think has the best record and performance in the Champions League?