By Charleshakimi (self media writer) | 1 year ago 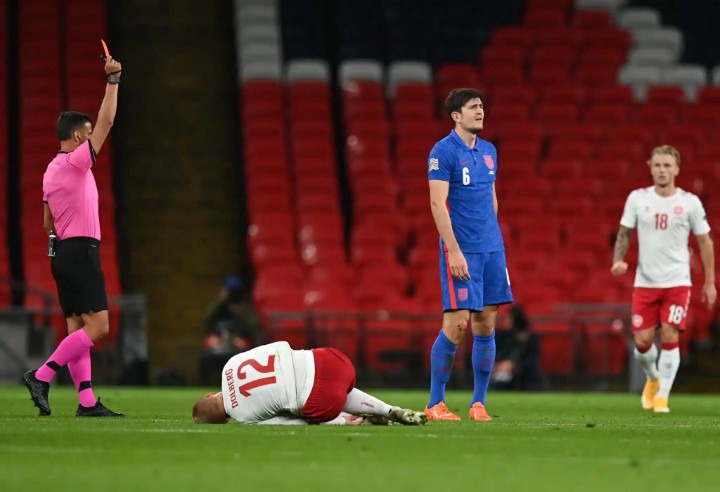 Manchester United splashed a huge sum of £80m to sign Englishman Harry Maguire from Leicester City last summer. And many have already started wandering if he was actually worth such amount following a poor display this season.

Harry Maguire got the social media buzzing again yesterday night, when he was sent off for a bad challenge on a Denmark player, just four minutes before England conceded a penalty that ruin their night.

England lose the game with two Red cards before the full 90 minutes whistle was blown, as R. James was also sent off.

All eyes were on Maguire, as many claimed he is nothing but an £80m flop. Harry Maguire was on the scene when when Manchester United got thrashed by Tottenham 6-1 last week end, as he pushed away his fellow defender who was trying to defend the ball. And he was again in the news yesterday making headlines after he got a second yellow that led to him being sent off. England were down to ten men 14 minutes just before half time, and it didn't go down well for them the end.

Here are some of the twitter trolls on Harry Maguire 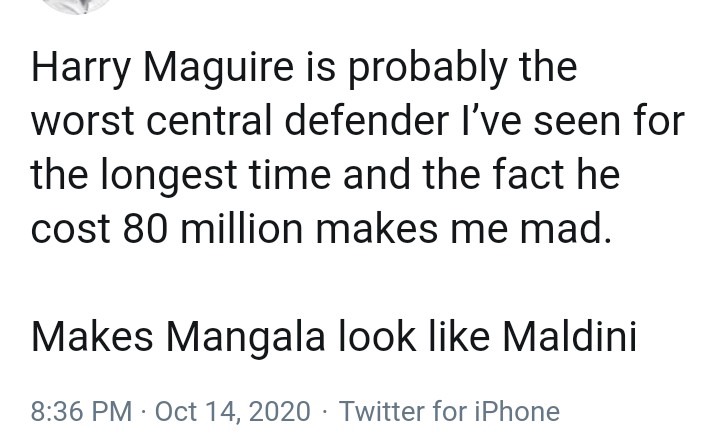 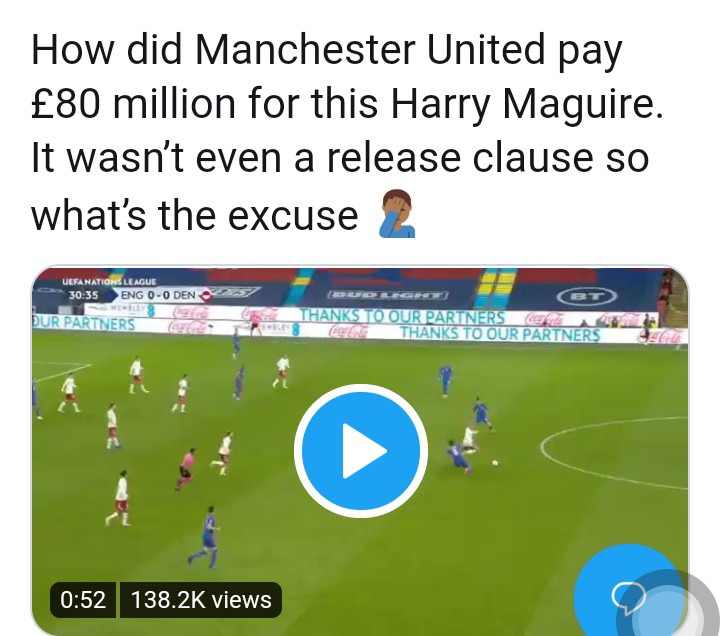 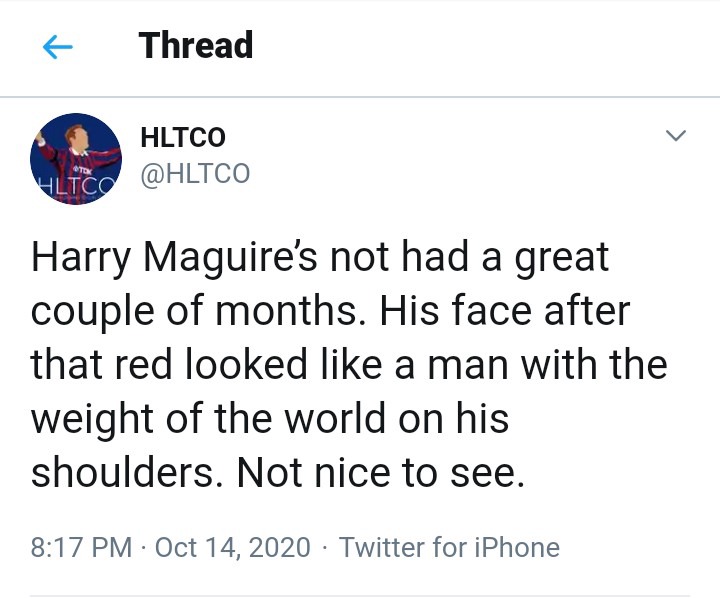