Manchester United's first goal of pre-season is scored by Chong.

Pre-season is always an odd time for football fans since it serves as a reminder of players who have played for their teams but have been out on loan at another club, as well as opening the first team door to academy graduates. 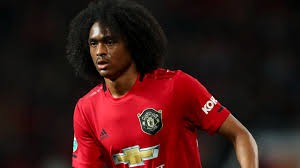 There's almost too much to keep up with at times, whether it's Davide Zappacosta lining up for Chelsea or one of Real Madrid's many loanees returning to Valdebebas.

The same may be said of the kids, and their performances in summer fixtures are frequently in vain. Tahith Chong of Manchester United appears to be in this situation.

An attempted chip over Derby goalkeeper Kelle Roos didn't exactly go as planned, but it fell at the feet of the winger, who was able to tap home an open goal.

While fans were happy to see the 21-year-old score, his inclusion in the starting XI prompted issues.

The starting XI for Manchester United included Aaron Wan-Bissaka, Juan Mata, Mason Greenwood, and a slew of other players who are unlikely to see much action in the 2021/22 season.

Chong, on the other hand, has already decided on his future and will be joining Birmingham City on loan soon.

Jesse Lingard, Nemanja Matic, and Alex Telles were inserted into the starting XI at halftime, with a slew of newcomers coming off the bench.

Chong is far from alone in being a pre-season player who will likely never play for the club in a competitive match. His inclusion on Sunday, even by pre-season standards, was unusual.