By TosinSports (self media writer) | 1 year ago 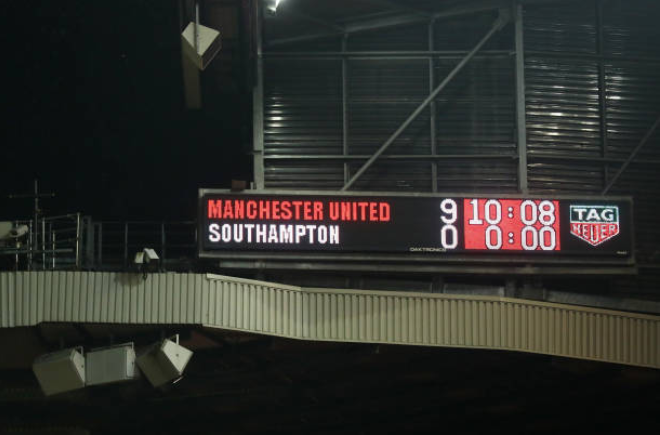 The name of the game is football, and what makes fans enjoy it is the goals. For some, it's a means to brag, for others, the utter humiliation is enough to deflate a person's spirit. Here's a list of 10 high-scoring matches in recent times.

This match remains a world record for the most number of goals scored in a game - as well as many other records, both good and not so good. Both sides metal in a qualifying match for the 2002 FIFA World Cup with the match being played in Coffs Harbour, Australia.

Australia would go on to set a world record for the largest victory in an international football match, winning the game 31–0, after scoring almost half of it before halftime.

More records were created, as Australia's Archie Thompson broke the record for most goals scored by a player in an international match - scoring 13 goals in the match.

David Zdrilic, who scored eight goals in the match, became the player with the second-highest number of goals in an international match 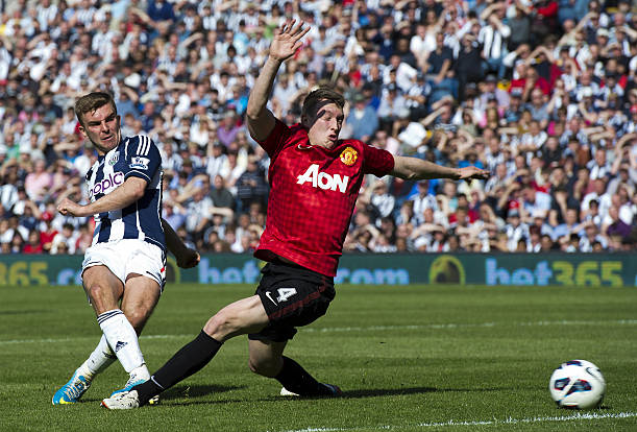 A game that was supposed to serve as a farewell to former Manchester United manager, Sir Alex Ferguson, but ended up serving as a platform for the emergence of a young Belgian, Romelu Lukaku.

The match became one of the highest-scoring draws in Premier League history - it also didn't change much, as Sir Alex Ferguson gave Manchester United their 20th Premier League title. 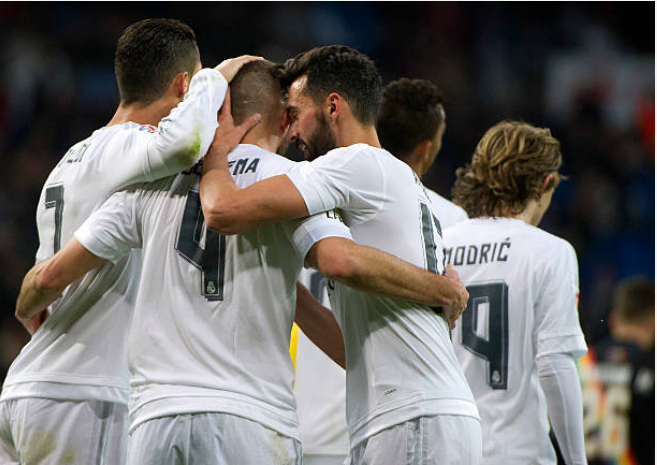 The Madrid-based side was in devastating mode, as they decimated Rayo at the Bernabeu in 2015. With their manager, Rafa Benitez, under pressure after losing three out of five La Liga games, Madrid needed to respond, and that wasn't helped as Rayo Vallecano found themselves up 2-1 at the Bernabeu.

However, a red card to Rayo midfielder, Tito, saw the game change on its head and saw Madrid change gears. After an equalizer from Gareth Bale, Vallecano was then down to 9 men after Raul Baena conceded a penalty.

Cristiano Ronaldo wasted no time in dispatching the penalty. Gareth Bale would go on to score three more goals past a hopeless Rayo defense, and Benzema also got himself a hattrick. Then ten goal haul was the first time Real Madrid had scored 10 goals in a game in almost 50 years. 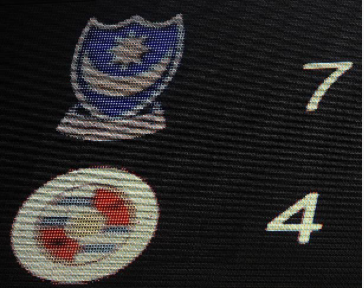 The 2007 Premier League fixture remains one of the highest-scoring games in Premier League history, serving eleven goals in a single game. A hattrick for Portsmouth man, Benjani in the 7th, 37th, and 70th minutes, would be complemented with goals from Hreiðarsson, Kranjčar, an own goal from the Reading player, Ingimarsson.

Sulley Muntari would put the cherry on the cake for Portsmouth, scoring from the penalty spot in the last few minutes of the game. Reading got goals from Hunt, Kitson, Long, as well as an own goal from Campbell late on in the match. Highest scoring for a reason. 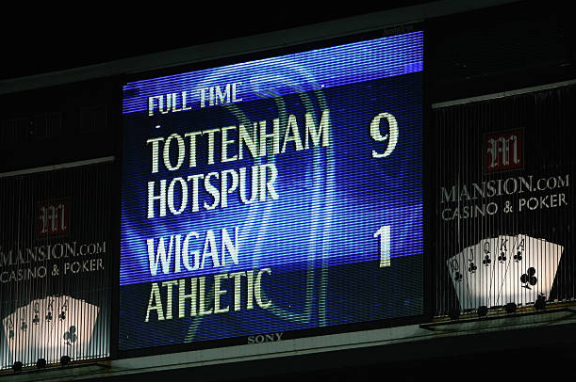 Tottenham Hotspurs created a Premier League record, with one of the highest-scoring games in the Premier League. The 2009 fixture saw Spurs first go three goals ahead, with goals from Peter Crouch and a quickfire brace from Jermaine Defoe in the 51st and 54th minutes.

Scharner pulled a goal back for Wigan to make it 3-1. However, Jermaine Defoe would go on to score a hattrick again in the 58th, 69th, and 87th minutes (scoring 5 goals in the match) with Lennon, Bentley, Kranjčar getting a goal each. Jermaine Defoe also became one of the few players to score 5 goals in a game. 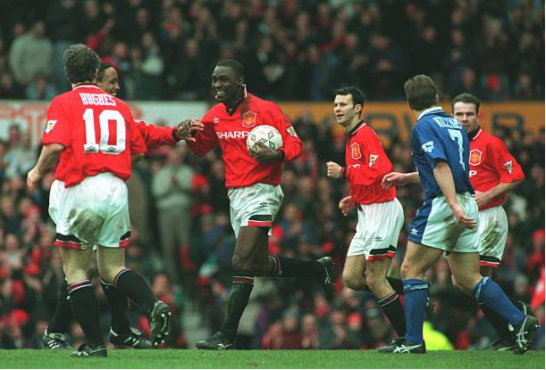 One of the highest-scoring games, as well as a record-breaking deficit, Manchester United trounced their opponents in the 1995 fixture. Roy Keane put United ahead in the 15th minute.

Andy Cole would also go on to grab five goals in the match, scoring in the 19th, 37th, 53rd, 65th, and 87th minutes. Mark Hughes also grabbed a brace for himself, as well as Paul Ince grabbing a solitary goal for himself.

The 1995 fixture was the highest defeat margin in Premier League history, till Leicester City matched it in 2019. 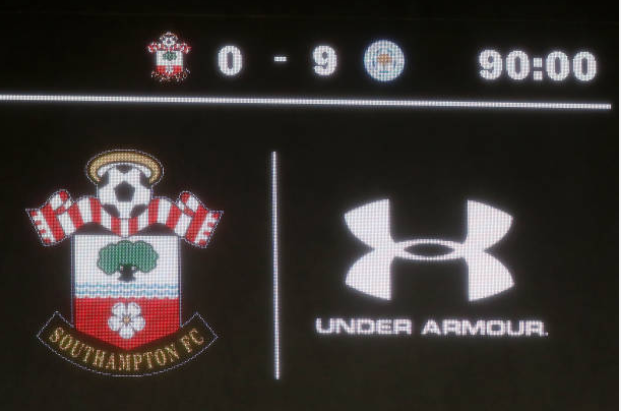 A shocker to many who watched the game, as Southampton was schooled on the home ground by Leicester City in a complete performance from the foxes.

Ben Chilwell put Leicester ahead in the 10th minute, after which Belgian midfielder, Youri Tielemans doubled their lead in the 17th minute. Ayoze Pérez got a hattrick for himself, but that wasn't the only thing.

Leicester striker, Jamie Vardy also got himself a hattrick, scoring from the penalty spot to seal the record-breaking win. James Maddison scored an 85-minute free-kick to cap off a brilliant performance for himself.

Although Southampton defender, Ryan Bertrand was sent off for a horrible tackle, it didn't stop the Southampton fans from walking home even before the seventh goal was scored - the humiliation. 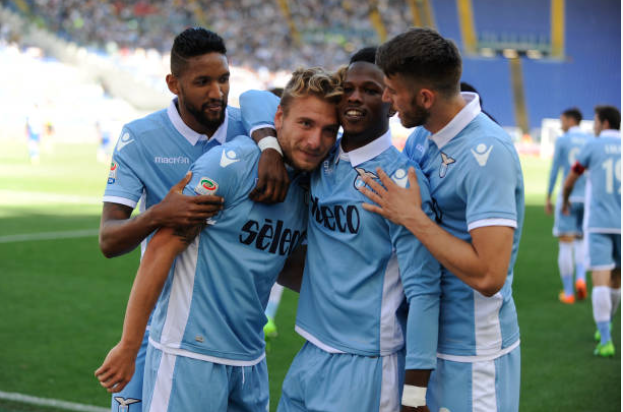 This is currently the highest-scoring game in Serie A, with Lazio putting seven past their opponents. Goals from Sergej Milinkovic-Savic, Ciro Immobile (a penalty), Senad Lulic, Felipe Anderson, Lucas Biglia, Patric, Keita Balde all scoring. An astonishing fact is that the seven goals were scored by seven different players.

Sampdoria defender, Milan Skriniar was sent off, however, a brace from Fabio Quagralliera and a goal from Regini made the scoreline a little less embarrassing. 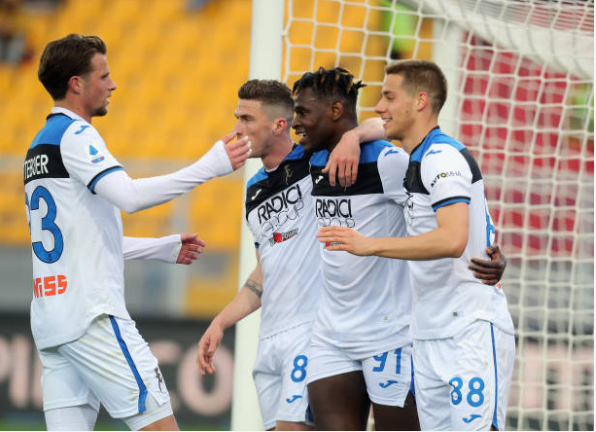 The highest scorers in the Serie A the last few seasons, Atalanta has shown a combination of brilliant attacking football, with goals. The trouncing began with an own goal from Giulio Donati. Atalanta forward, Josip Ilicic scored a hattrick, to cap off a brilliant performance. Mario Pasalic got a brace for himself, with Luis Muriel getting a goal as well.

Lecce got 2 goals from Alessandro Deiola and Riccardo Saponara to make it 2-2. Atlanta would however turn on a seven-star performance to dispatch their opponents. 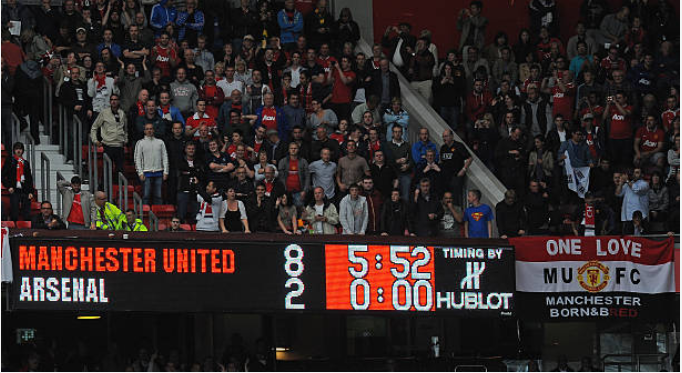 A memory not too far away, and one most Arsenal fans will want to forget in a hurry but fans of other clubs won't, saw Arsenal get a sound beating. Goals from Danny Welbeck, Ashley Young - a brace, Rooney a hattrick, and one each from Nani and Park saw United overpower Arsenal.

Arsenal could only respond through Theo Walcott and Robin Van Persie. However, Arsenal would be forced to go into the market to buy players following that defeat.

We can add Manchester United's 9-0 win against Leicester City last season to this list. Is any game missing? leave your thoughts in the comments.