Remember This WWE Superstar that Lost His life During a match, see Photos 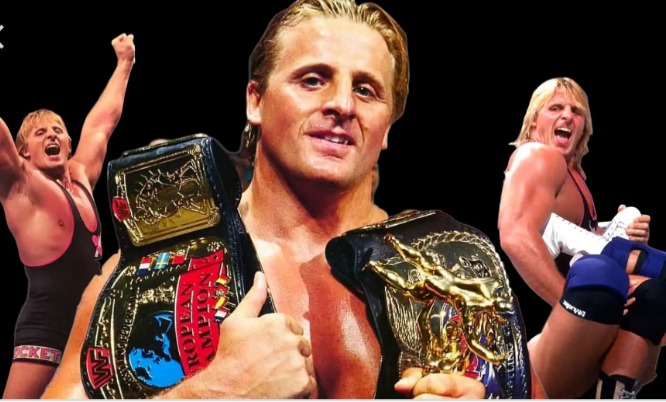 Sports Entertainment today as we know has its pros and cons. One of the cons to this Entertainment is that athletes tend to get injured in the process. Today we examine a WWE wrestler who died during a wrestling match. 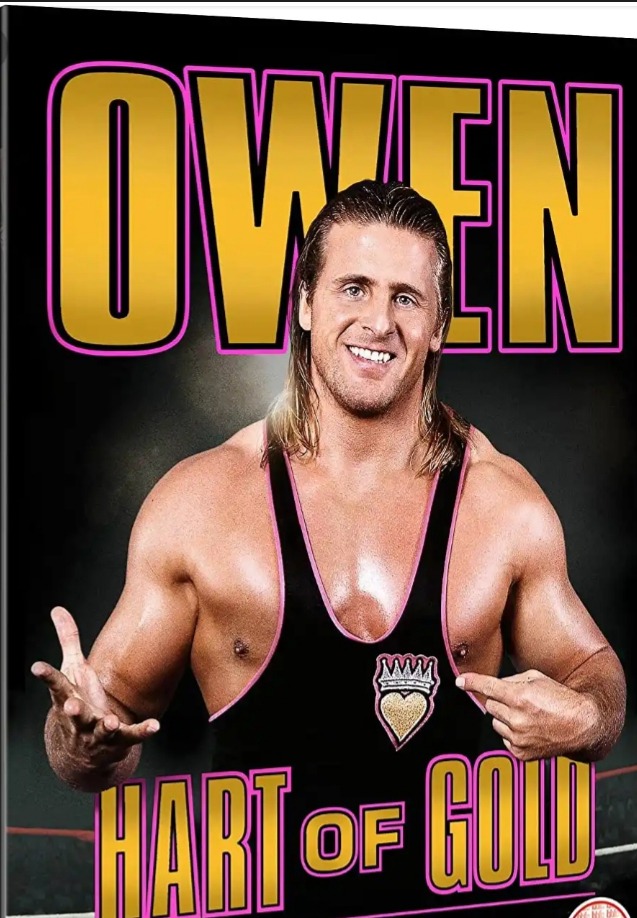 Owen James Hart was born May 7, 1965 and died May 23, 1999. He was a Canadian–American professional and amateur wrestler who worked for several promotions including Stampede Wrestling , New Japan Pro-Wrestling (NJPW), World Championship Wrestling (WCW), and the World Wrestling Federation (WWF) now known as WWE.

He received most of his success in the WWF, where he wrestled under both his own name and the ring name The Blue Blazer. 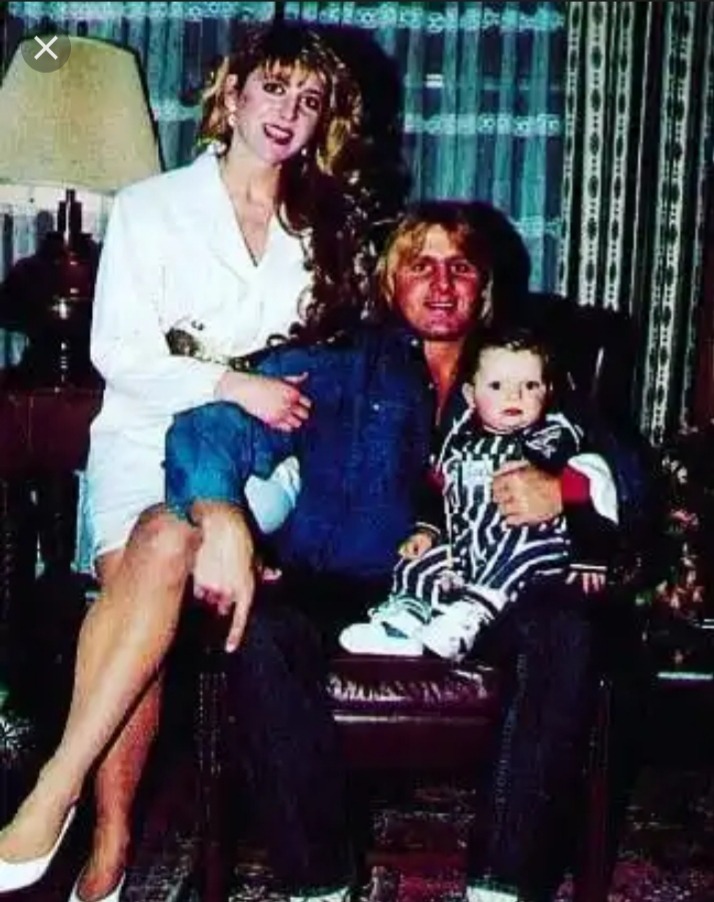 A member of the Hart wrestling family , he was born in Calgary, Alberta.Owen Hart was one of twelve children from a legendary Canadian wrestling family. His brother Bret is also one of the most well known wrestlers of all time. Hart was only 34 and is survived by his wife Martha, his son Oje and his daughter Athena 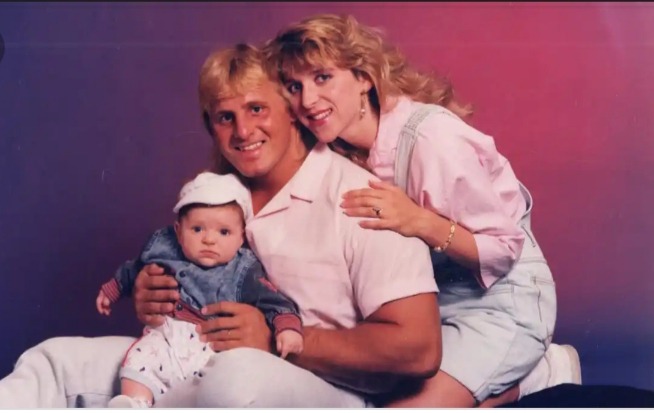 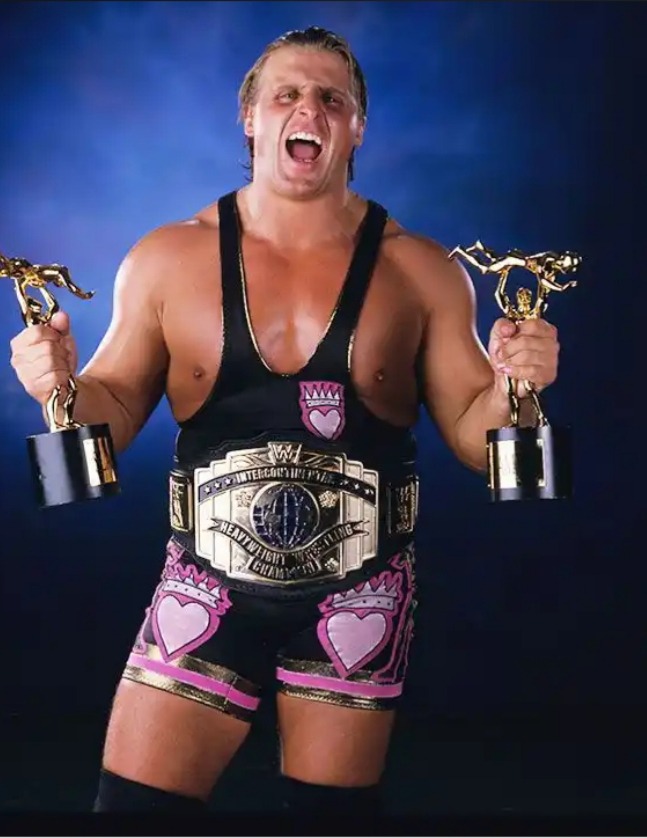 Owen was one of the best wrestlers in the business and his major accomplishments include being the 1994 King of the Ring, former Intercontinental Champion(2), former European Champion, and co-holder of the Tag Team Championship (4). Sadly, Hart plunged to his death on May 23, 1999. He headlined multiple pay-per-view events for the WWF, and was widely regarded as one of the company's best in-ring performers. 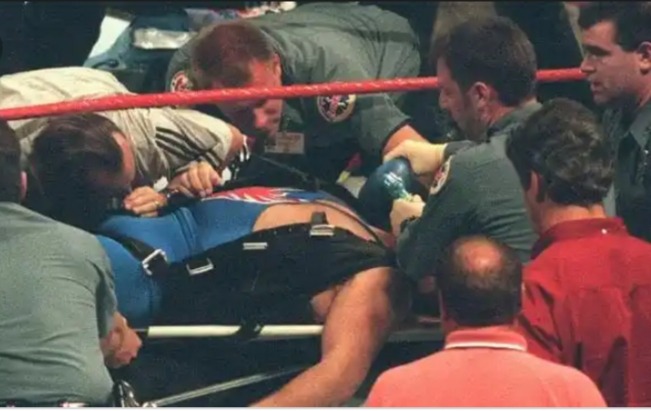 Hart died on May 23, 1999, due to injuries suffered following an equipment malfunction and subsequent fall from the rafters of Kemper Arena in Kansas City, Missouri, United States, during his ring entrance at the WWF's Over the Edge pay-per-view event.

On May 23, 1999, Hart fell to his death in Kansas City, Missouri during the Over the Edge pay-per-view event. Hart was in the process of being lowered via harness and grapple line into the ring from the rafters of Kemper Arena for a booked Intercontinental Championship match against The Godfather . In keeping with the Blazer's new "buffoonish superhero" character, he was to begin a dramatic entrance, being lowered to just above ring level, at which time he would act "entangled", then release himself from the safety harness and fall flat on his face for comedic effect —this necessitated the use of a quick release mechanism.

It was an elaboration on a Blue Blazer stunt done previously on the Sunday Night Heat before Survivor Series in 1998. While being lowered into the ring, Hart fell 78 feet (24 m), landing chest-first on the top rope (approximately a foot from the nearest turnbuckle ), throwing him into the ring. Hart had performed the stunt only a few times before. Hart's widow Martha has suggested that, by moving around to get comfortable with both the harness and his cape on, Hart unintentionally triggered an early release. Television viewers did not see the incident.

During the fall, a pre-taped vignette was being shown on the pay-per-view broadcast as well as on the monitors in the darkened arena. Afterward, while Hart was being worked on by medical personnel inside the ring, the live event's broadcast showed only the audience. Meanwhile, WWF television announcer Jim Ross repeatedly told those watching live on pay-per-view that what had just transpired was not a wrestling angle or storyline and that Hart was hurt badly, emphasizing the seriousness of the situation.

Hart was transported to Truman Medical Center in Kansas City. While several attempts to revive him were made, he died due to his injuries. He was 34 years old. The cause of death was later revealed to be internal bleeding from blunt force trauma .