By Legalwhistle (self meida writer) | 9 months

Sometimes if not every time in this life, where you find people rejoicing and jubilating for some good reasons, there will always be some people elsewhere in sheer grief and sadness for other reasons. This is simply the case of what has been transpiring in the last few weeks in the Malian capital city of Bamako compared to what we have in our dear country, Nigeria. 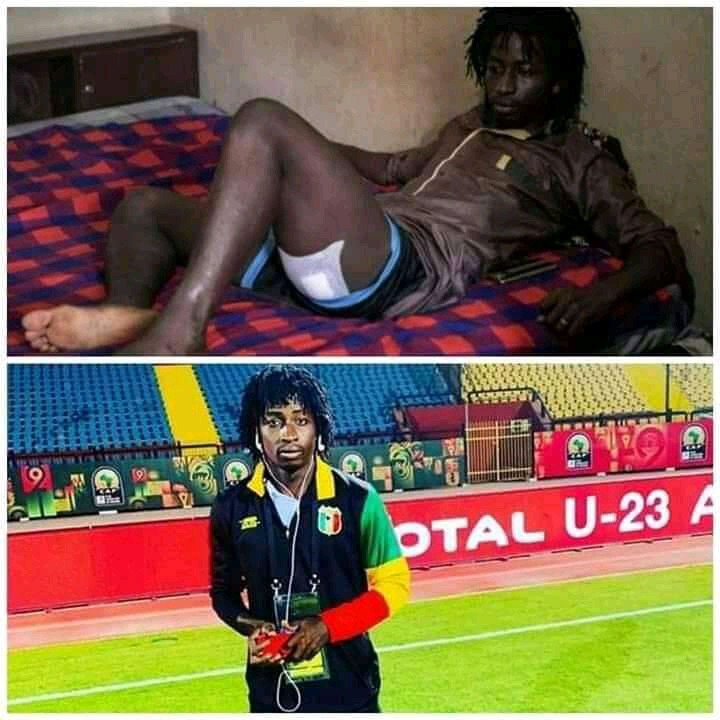 Mali have gone into flames as a result of a serious protest by the people of the country against the leadership of the country championed by President Ibrahim Boubacar Keita. Their major rationale ranges from a dwindling economy, insurgency and the impact of a COVID-19 era which has further worsened the situation of the people. Due to all these aforementioned reasons, tens of thousands of Malians have staged a protest to demand an immediate resignation of the sitting president, Ibrahim Boubacar Keita or else they remain adamant until their wishes are done.

A 22-year old football player, Bourama Doumbia who represented Mali at the 2019 U-23 African cup of nation was unfortunately caught up in the midst of these heavy confrontation. He was shot on his thigh in the front of the Imam Dicko's mosque located in the city southern side. Unfortunately, the Ex-Djoliba's midfielder also lost his closest brother, Sidi Ben Doumbia to the unfortunate event that has claimed nothing less than 11 lives and about 100 injured. Bourama is recuperating faster and his former club are doing everything possible to give him the moral support to overcome his current challenges. They also sent him a condolence message for his brother's loss.

The French military presence to calm the situation has rather worsened the case as the protesters perceived them as the common enemy and strong supporter of the government. International organisations like UN and AU are also looking for ways to preach peace to the people.

Mali has population of less than 20million people which is less than the population of entire Lagos State. Yet, what the country is facing that has sparked such reaction, is just nothing compared to what we have here Do you think Nigeria might also go the way of Mali if proper measures is not put in place? Or We just "siddon look" as usual.

Send some condolences and words of motivation to the young lad.

FFK Dishes Out Advice On Ethnic Forgiveness, See What He Said That Sparked Reactions

History of Napoleon Bonaparte, the most powerful man of the 19th century.