Two Top Players Who Are Still Playing Football In Their Forties

Of the many factors that can lead a player to call time on his career, age happens to be top on the list. With the average age of retirement being at 35, the number of players walking away from the pitch every year is on the high side. However, inspite of the fact that an increasing age is a signal for players to start winding down their careers, there are those who view their advancing years as just another challenge to overcome and an opportunity to further prove themselves to the world.

These players can't stand the thought of quitting and as such, they continue to go on for as long as they can. In view of this, check out two top footballers who have defied expectations by playing into their forties;

At age 43, the Italian shot stopper is still very active on the pitch even when many of his contemporaries are now managers. Buffon currently plays for a Serie B club in his home country Parma and is under the management of Enzo Maresca, his former teammate at Juventus who is two years younger than him. However, of all the trophies that he has won at club level, the Champions league remains the biggest prize that has eluded him and considering his age and where he is currently playing, he just might never get to win it in his career. 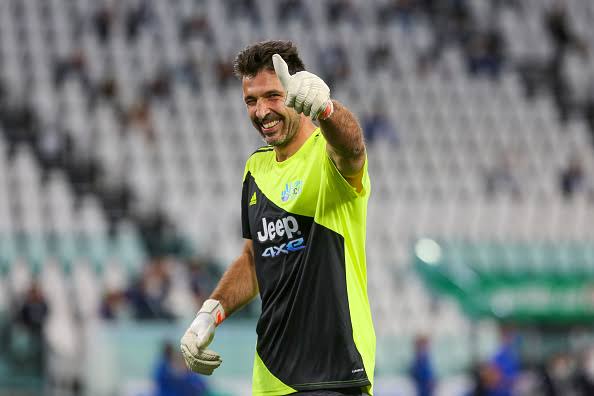 The Swedish international plays as a striker for Italian club AC Milan and just recently turned 40 years last month. Surprisingly, not only is he playing at club level, he is also still active with his national football team and could yet be involved in next year's FIFA World Cup at Qatar. Following his free-kick goal in a 2-1 win against Roma last weekend, Ibrahimovic now has 400 league goals to his name and about 554 in all competitions. Like Buffon, he hasn't won the Champions league despite playing at seven different top European clubs. Buffon and Ibrahimovic are living proofs that sometimes age might just be a number for some footballers so long as they can make use of their experience and adjust their games to match their strengths.