If Lampard wants to win Manchester united for the first time this season. He would have do so with careful consideration, which is their next match in Premier league would be facing Liverpool at Anfield, lampard would have to find a way to rest his key players and also manage to set up a strong lineup that would be able to defeat Manchester united. Below are three possible ways that Lampard could achieve this. 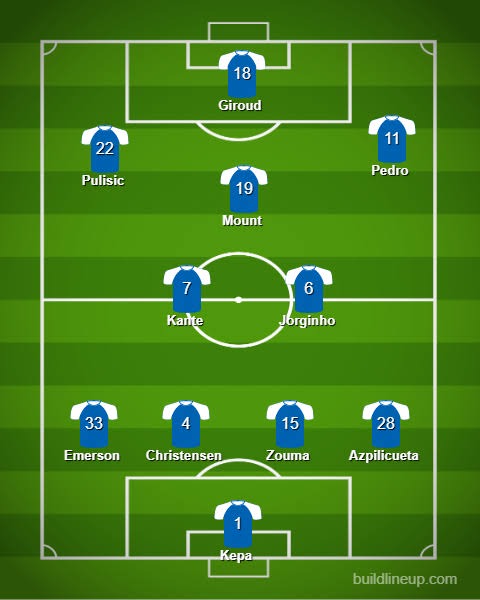 Kepa would have to start this match rather than Caballero who have been Chelsea goalie in the FA Cup. Christensen would partner with Zouma at the central midfield, while Azipilicueta and Emerson would be chelsea full back for the game. Kante and Jorginho would form a good partnership at the defensive part of the Midfield.

Pedro would start ahead of willan who would be rested ahead of liverpool match, while Pulisc would start at the left wing. Chelsea would need to score goals and so Oliveira Giroud would start while Abraham would be relegated to bench. 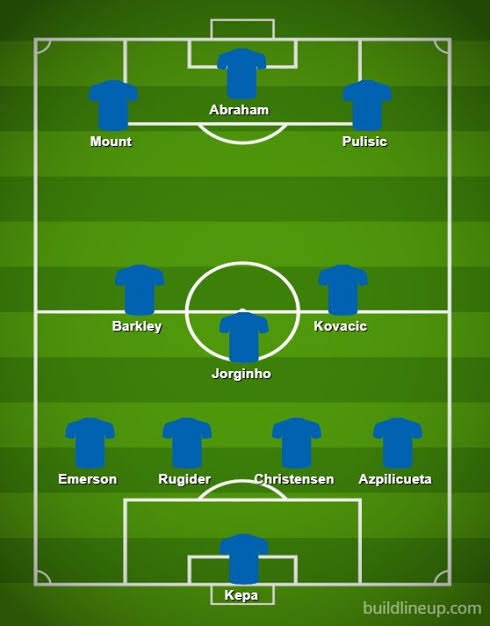 The second way Chelsea could lineup against Manchester united. 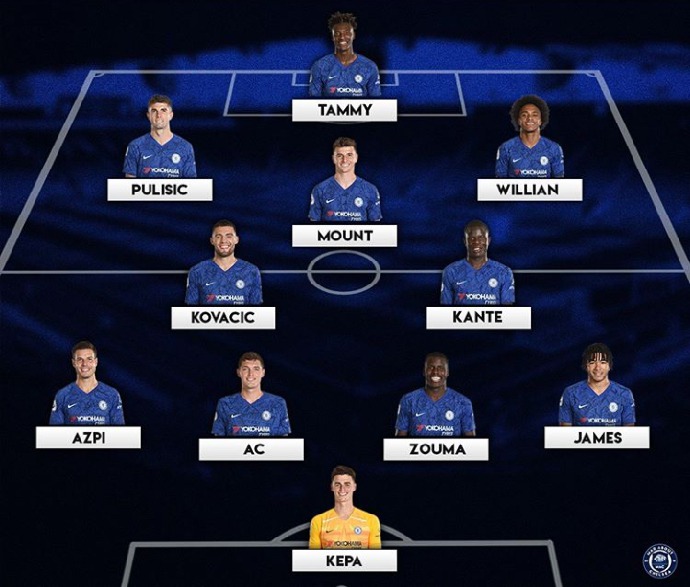 The third way Chelsea could lineup and beat Manchester united at Old trafford.

Chelsea could start Tammy Abraham as the striker and rest Olivier Giroud ahead of Liverpool clash. Pulisic would partner with Willan and Mason Mount at the attacking midfielder in other to provide all the necessary assistance to Tammy. There would be no better and strong defensive Midfielders that the partnership of Kovacic and Ngolo Kante. Chelsea would have to lineup with their four strongest defenders which are Cesar Azipilicueta, Christensen, Kurt Zouma and Reece james while Kepa Arizzabalagga would be the first choice goalkeeper as usual.

Which of the these lineups do you prefer?

Why Tuchel still prefers Lukaku to Neymar or Mbappé.