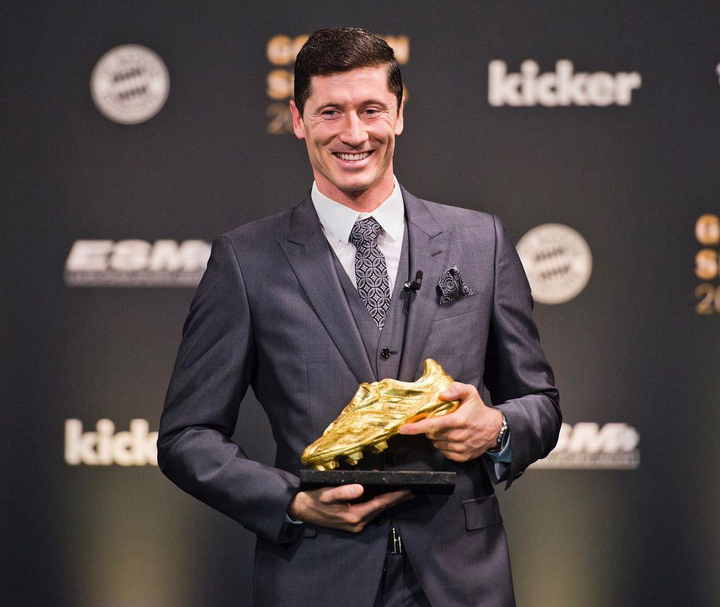 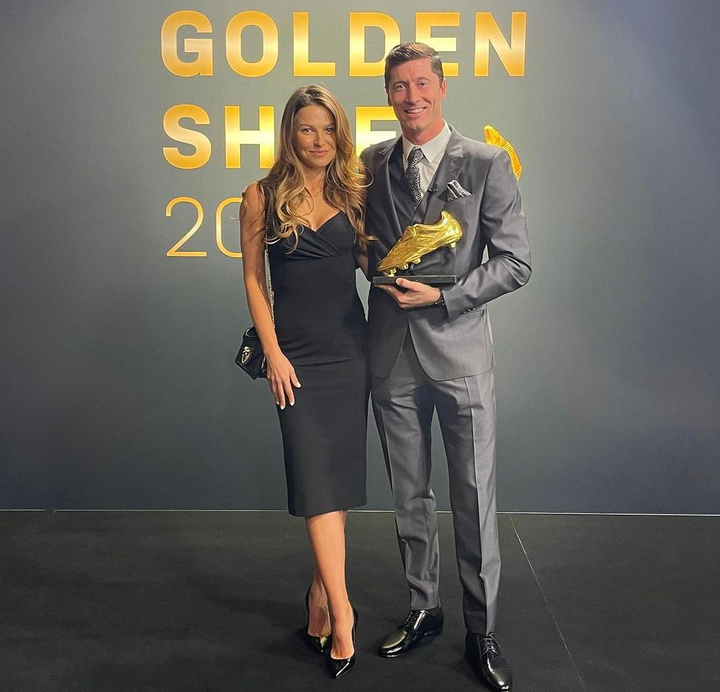 The Poland national team captain scored the total number of 41 League goals in the Bundesliga last season, and that gave him the opportunity to win the award. 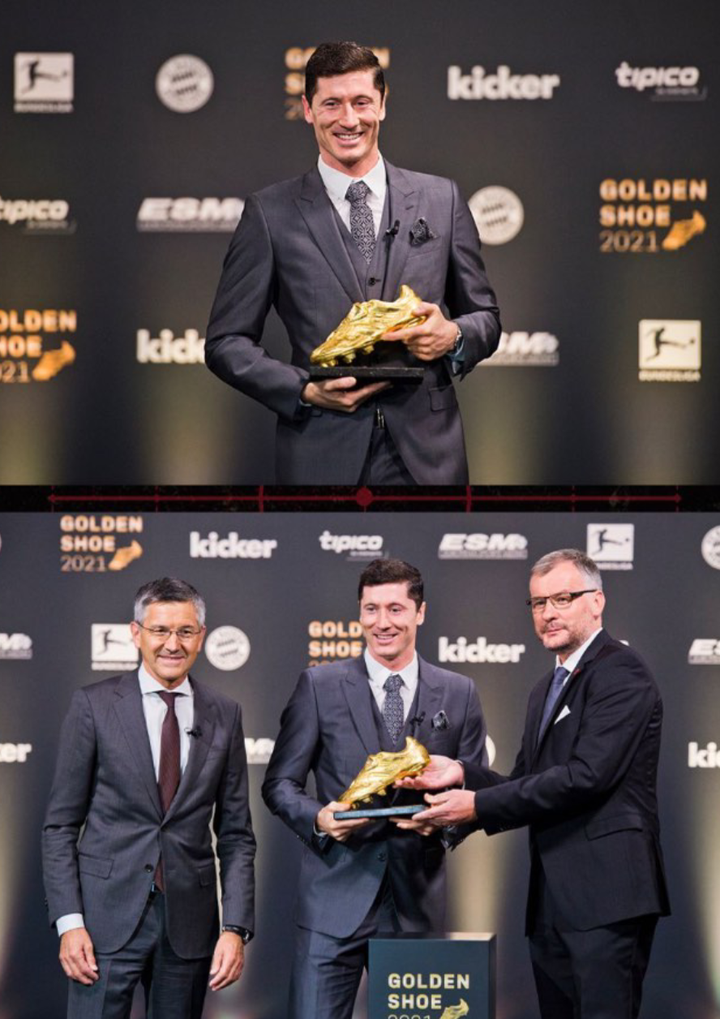 Lewandowski scored in all the league matches played for Bayern Munich football club last season, and the 41 League goals made him to become the highest scorer in Europe.

The FIFA World Footballer of the year has now received his Golden Shoe Award on Tuesday and he has shown his excitement after receiving it. 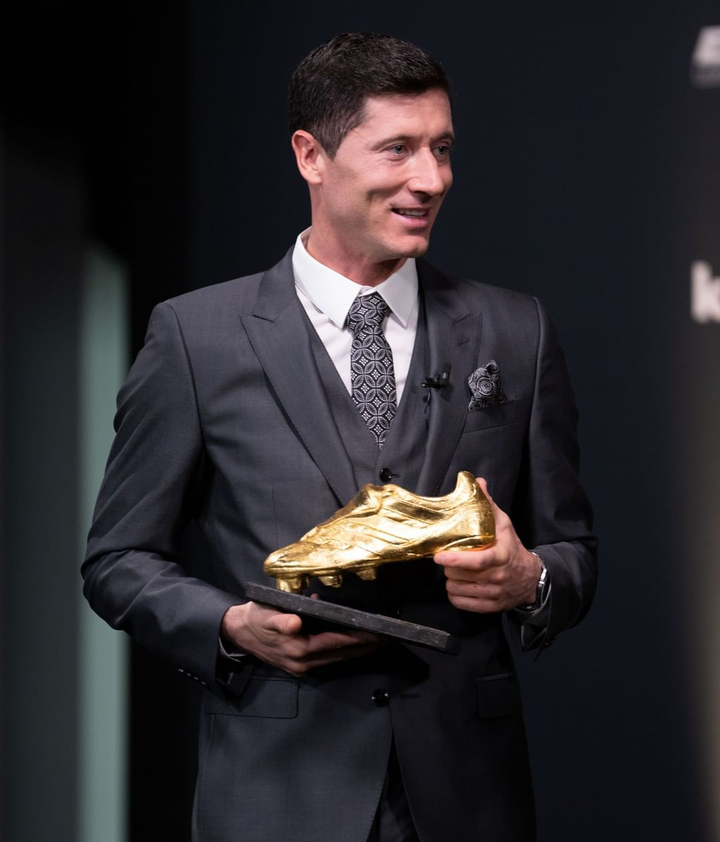 Reacting after receiving the Golden Shoe Award, Robert Lewandowski posted on his verified Instagram handle that;

"Today you can call me Robert LewanGOLDski 😎😁 Thank you for your support 🙏." 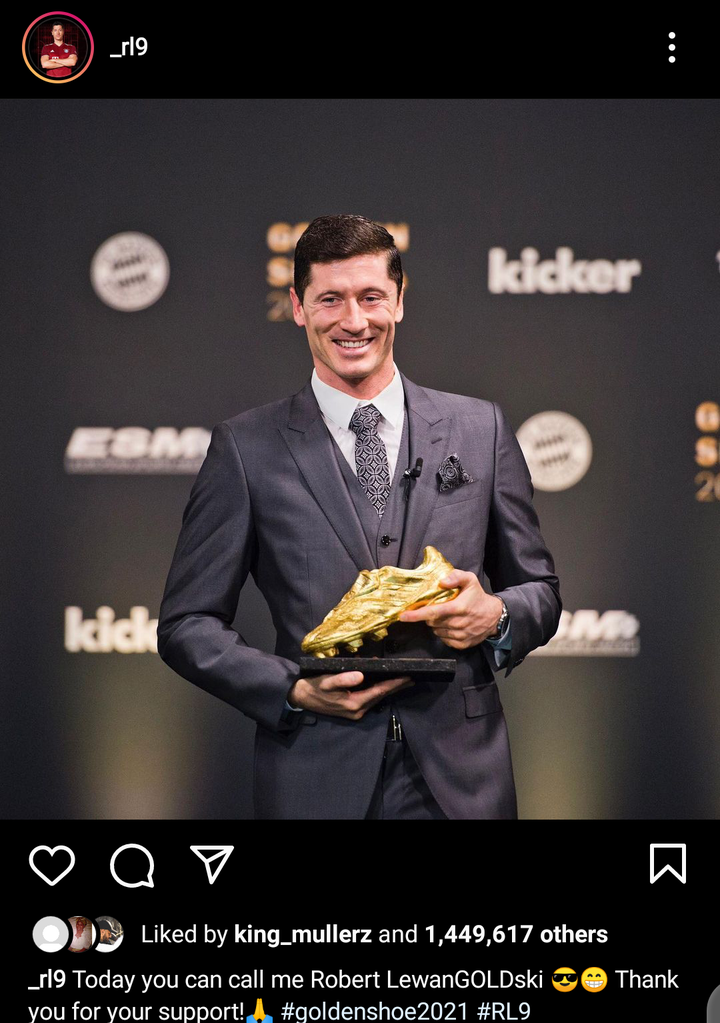 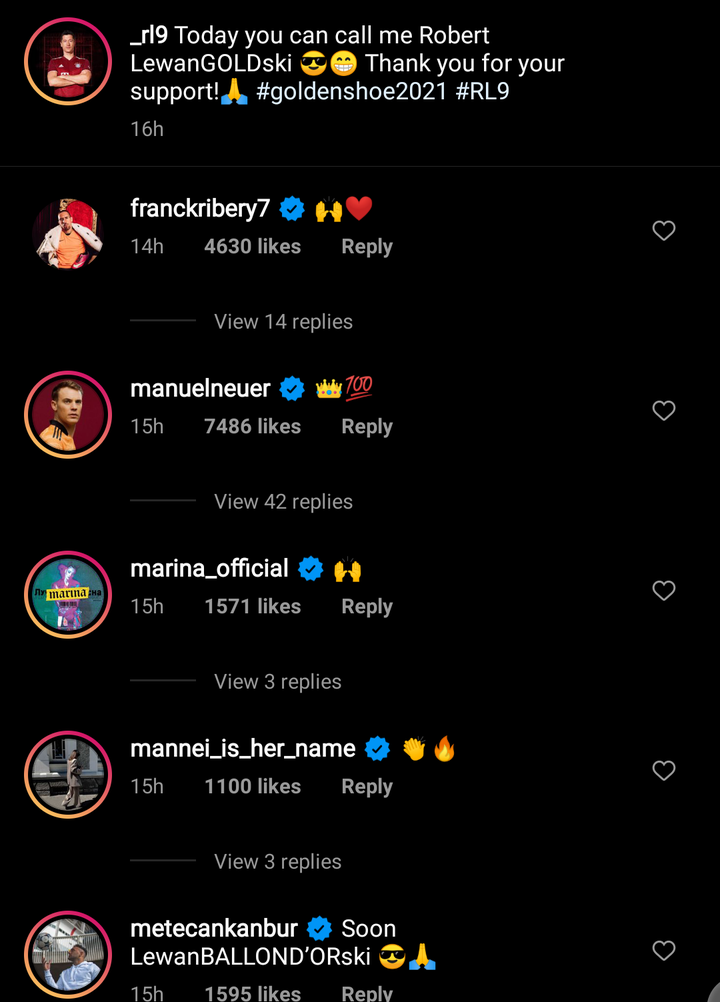 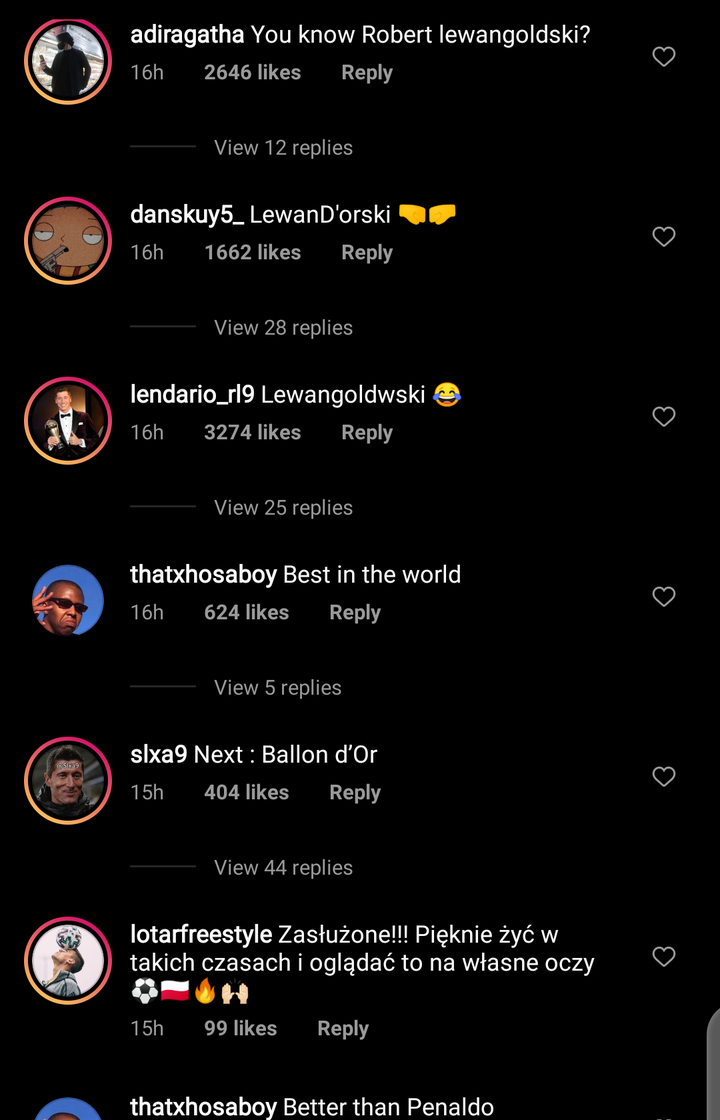 Congratulations to Robert Lewandowski on his Golden Shoe Award.