Manchester United Have Beaten Chelsea The Most. What Do You Think Will Be The Final Score On Sunday?

By Ebukaonyebu (self media writer) | 2 years ago 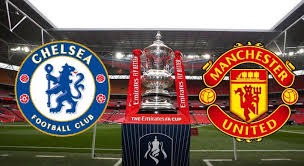 Inasmuch as the performance of Chelsea FC and Manchester United is low and their when compared to Liverpool and Man City. Their inability to become the first or second since Manchester City and Liverpool took the position for some years now, but no club can in the world today can boast of having more fans than the Chelsea and Man U.

Manchester United is a long time rivals to Chelsea, their has being speculations and argument of which is the best among the two.

Some sports viewing centers also said that during Chelsea and Manchester United match, they earn 5 times higher than other matches.

Manchester United on it own side have a well trained and strategic new players like Bruno Fernandez and Nigerian Striker Ohh all who almost score in every match he plays, he has made a great impact since he joined Manchester United.

Chelsea FC also have their own well equipped players like Willian, Loftus, kovacic, Azipilcueta, Rüdiger etc. But their main Mid-Fielder (kante) is injured having a hamstring injury and will not be ready to take on United. Billy Gilmour remains sidelined after knee surgery and also would be left back. But with other composite players for Sunday match and could mount pressure on Man United which probably may lead to their victory. 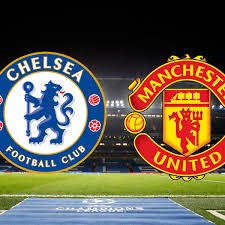 This is the fourth consecutive season Chelsea and Manchester United have met in the FA Cup. Chelsea won the 2016-17 quarter-finals and the 2017-18 final, while Manchester United won the fifth round of last season.

Chelsea have won four of their last five FA Cup matches against Manchester United, having lost their most recent encounter last season.

Manchester United have already beaten Chelsea three times this season (2 times in the league, 1 time in the League Cup). Only once did a team win four games against the Blues in one season, and Manchester United did it in 2010-11.

When it comes to FA cup, Chelsea is very eager to win the cup and use their possible best and lift the trophy.

Now, back to our business, What do you think will be the final score?

I am boasting of a 6:0 victory of Chelsea against Manchester United