Vince McMahon was not impressed with Stone Cold Steve Austin's first character in WWE. Before he became Stone Cold, Austin was the Ringmaster. McMahon said that he felt Austin was wasting his time.

In the recent A&E biography of Stone Cold Steve Austin, WWE Chairman Vince McMahon disclosed his first impressions of the Texas Rattlesnake. Austin debuted on WWE television with the Ringmaster character and felt that WWE didn't have plans for him and wasn't paying attention to him. 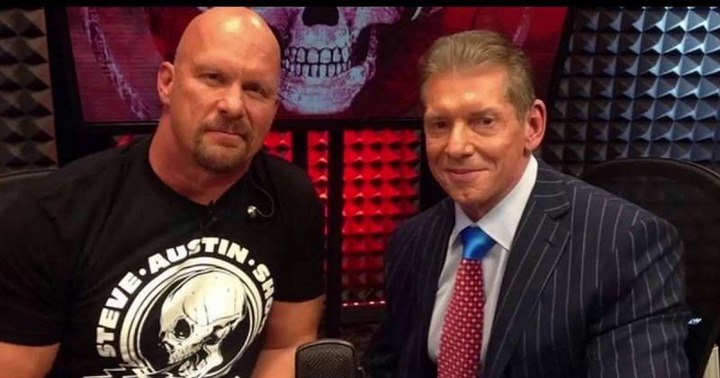 McMahon felt that Austin was wasting his time with the character. Here's what Vince McMahon said about Steve Austin's Ringmaster gimmick:

"My initial impressions of him was, 'He's wasting my time.' (smiles)"

Bruce Prichard stated on the show that Vince McMahon did not know what to do with Austin in his Ringmaster avatar. McMahon couldn't relate to Austin's character and had a problem with Austin's accent too. Austin said McMahon told him to do whatever he wanted after becoming frustrated with the Ringmaster gimmick.

Austin joined WWE in 1995, a few months after being fired by WWE's rival, WCW. He debuted on WWE television with The Ringmaster gimmick in 1996, and was managed by Ted DiBiase.

He then pitched the Stone Cold Steve Austin character and debuted it later in the year. His move to the top of the card and into pro wrestling superstardom began after the 1996 edition of the King of the Ring.

Upon winning the tournament, he cut an iconic promo on Jake "The Snake" Roberts. He then went on to dominate pro wrestling and become one of the greats in the business.